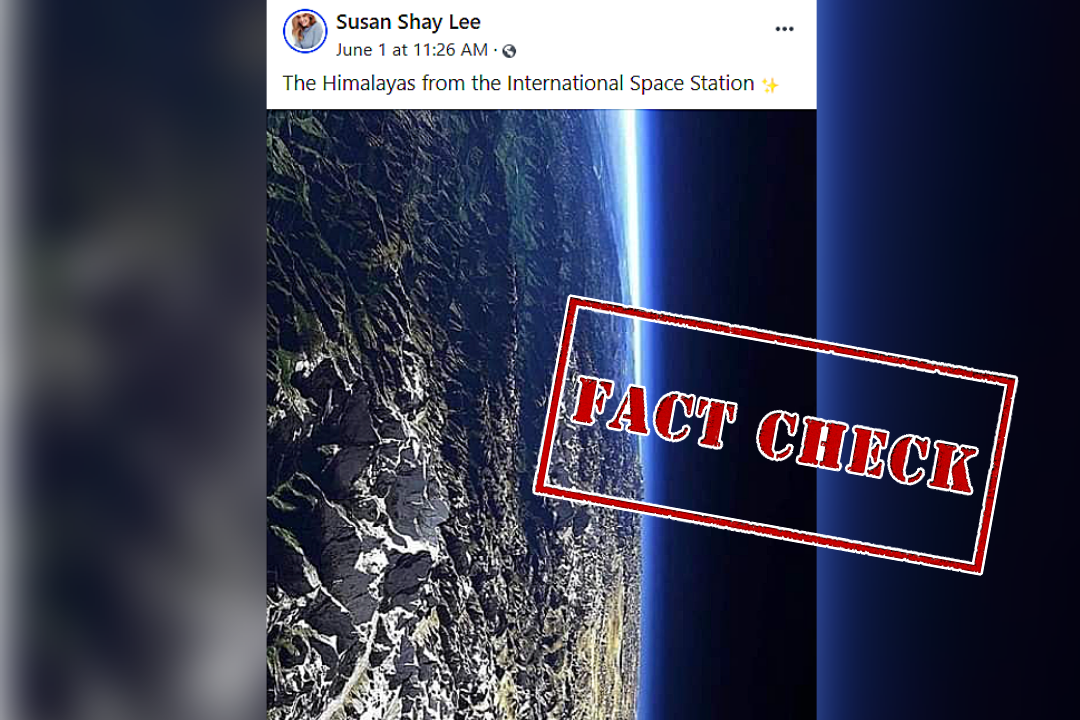 An image is being shared on social media claiming that it is an actual photograph of the Himalayas shot from the International Space Station.

The post has been shared on Facebook with a caption that reads, “The Himalayas from the International Space Station.” 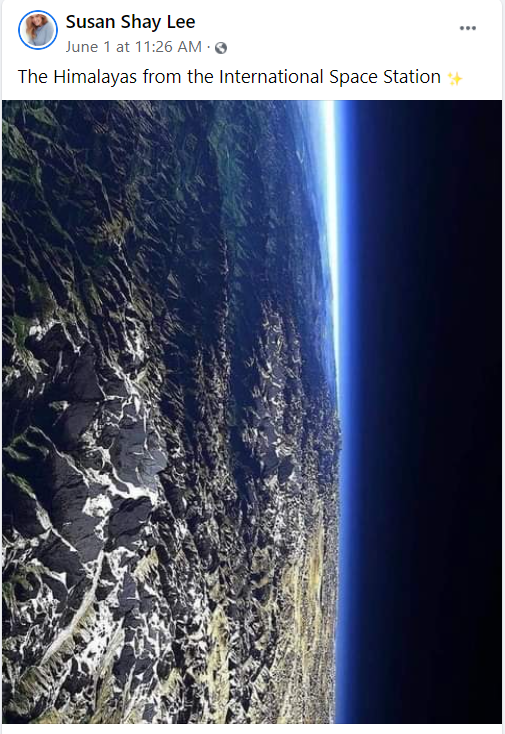 A Reverse Image Search of the photo directed us to a stock photography website Science Photo Library which carried the same image with a caption that reads, “Himalayas, 3D computer artwork. This image was created by Christoph Hormann using data obtained from satellites such as Landsat and SRTM (Shuttle Radar Topography Mission).” 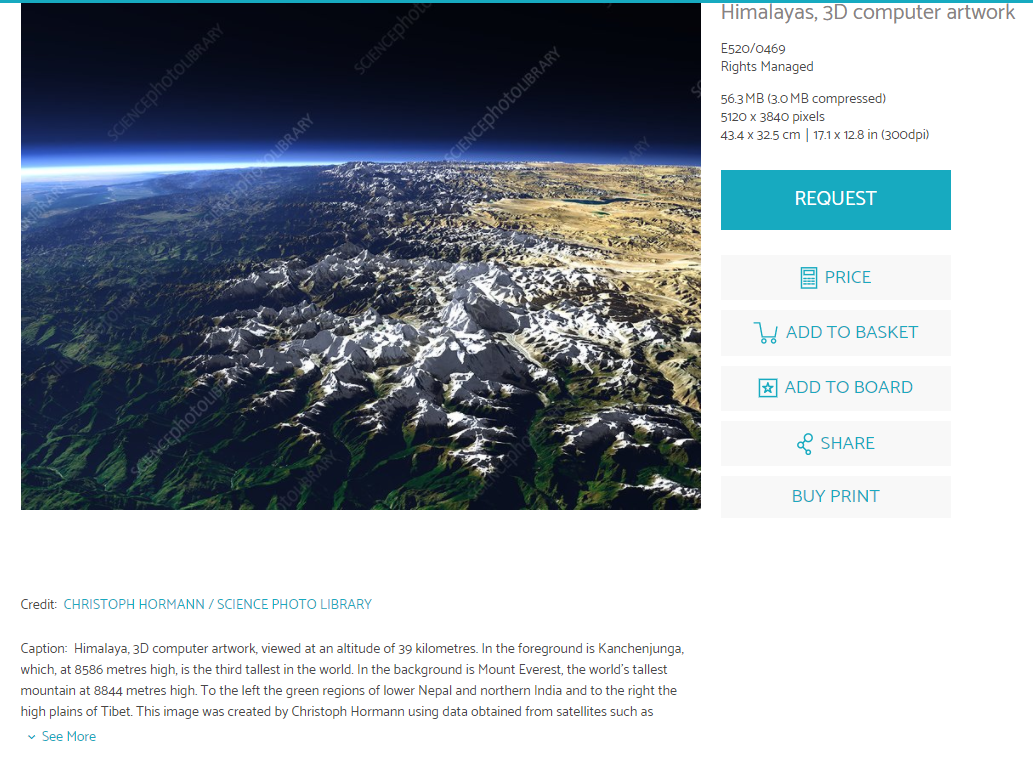 It further states that “the data was processed into computer models using three-dimensional rendering software and then coloured and distorted to mimic the natural curvature of the Earth”.

Taking a cue from this, we looked for photographer Christoph Hormann and found the same image published on his website. Hormann’s website states that he produces ‘illustrations of geographic contexts in the best possible quality’. 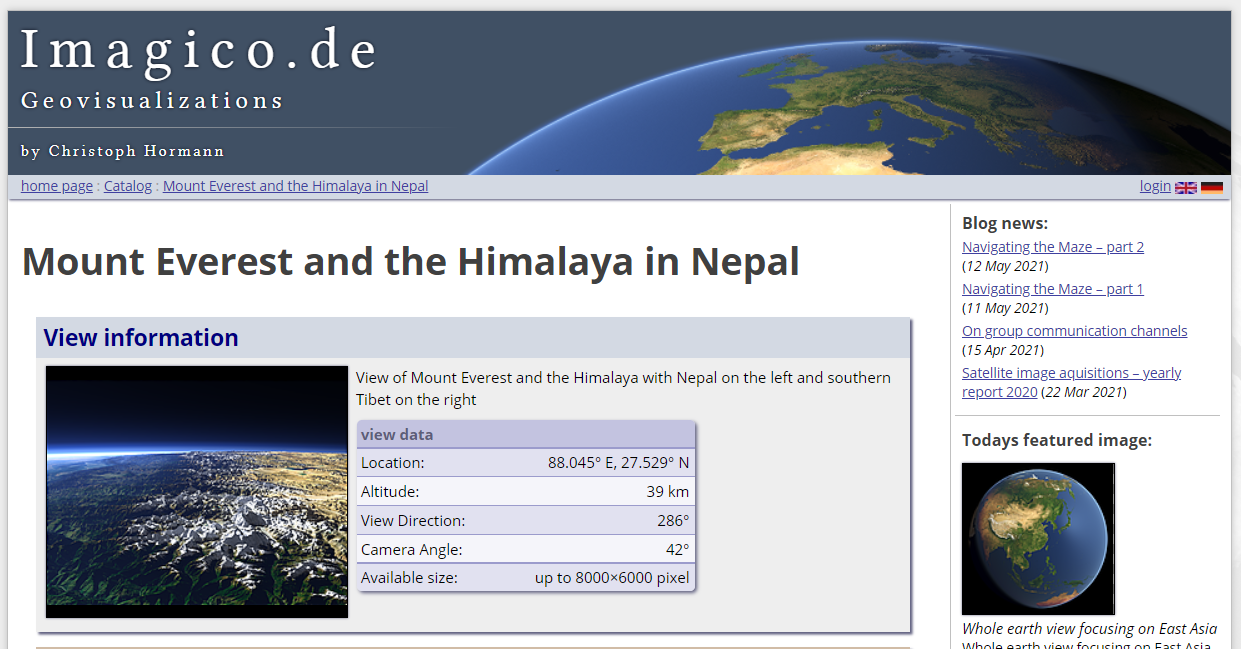 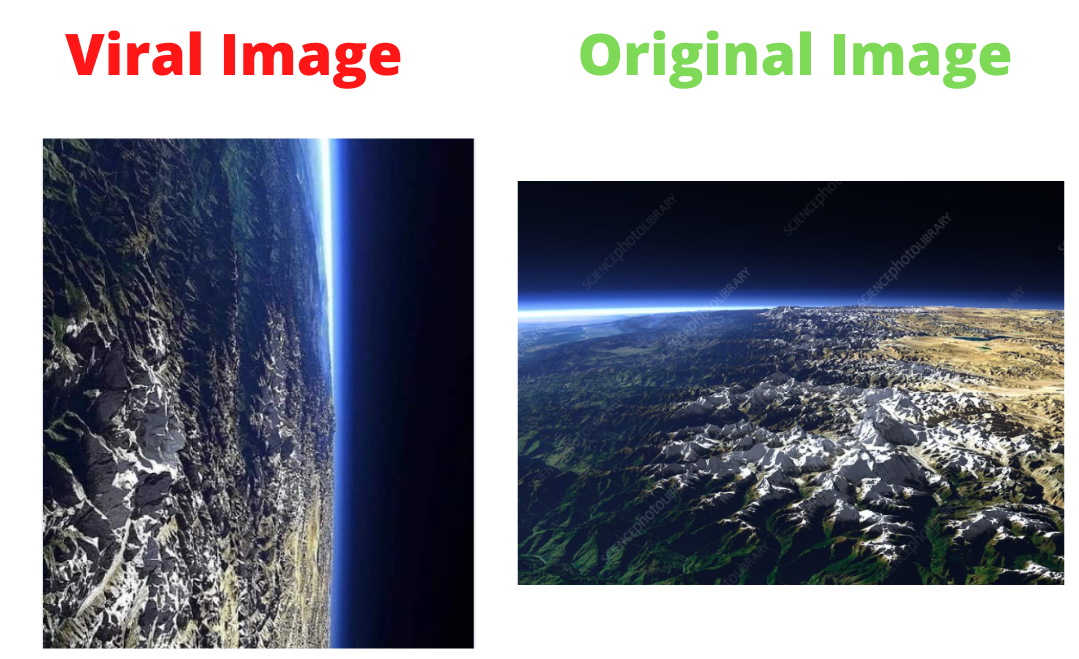 Thus, it is evident from the above information that a digital artwork is being shared as an actual photograph of the Himalayas taken from space.