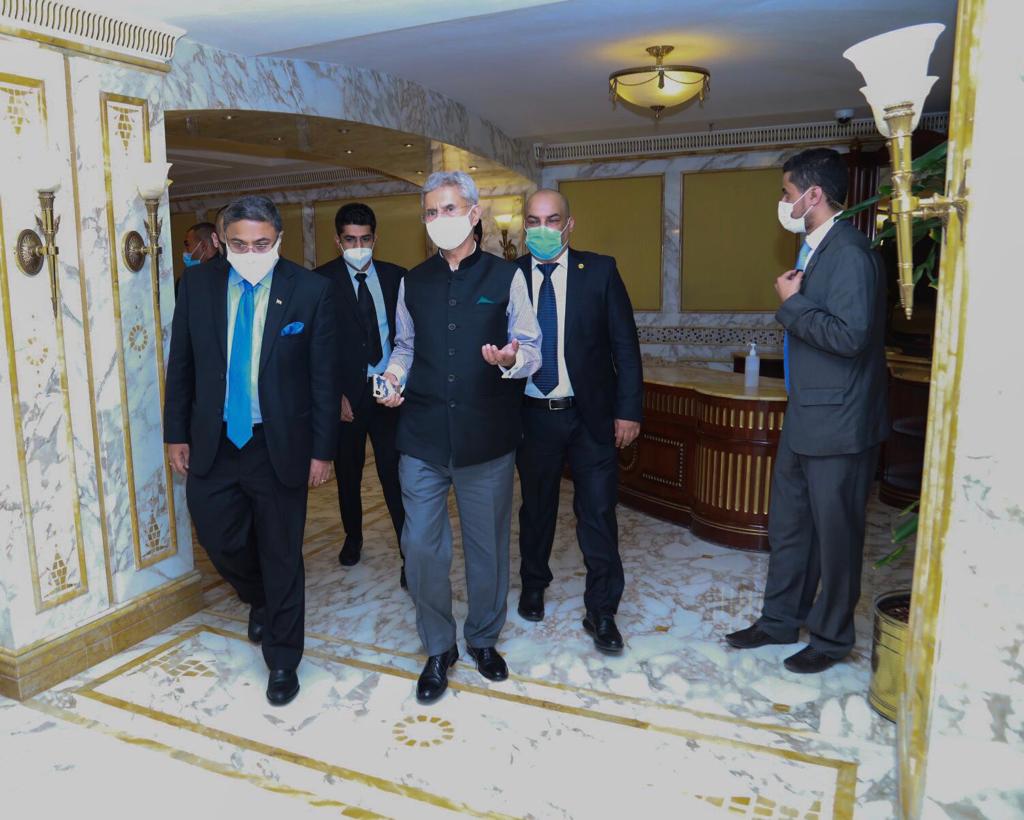 External Affairs Minister (EAM) S Jaishankar on Thursday arrived in Kuwait as part of his bilateral visit to the Gulf country. “Hon’ble External Affairs Minister of India His Excellency Dr S Jaishankar arrives in Kuwait on a bilateral visit and was received by the Ambassador,” Indian High Commission in Kuwait tweeted. Jaishankar’s visit a few months after the two countries decided to establish a joint ministerial commission to formulate a framework to strengthen various aspects of bilateral ties.

Hon'ble External Affairs Minister of India His Excellency Dr S Jaishankar arrives in Kuwait on a bilateral visit and was received by the Ambassador.

An MEA release earlier had said that EAM Jaishankar during his visit will hold high-level meetings and also address the Indian community in Kuwait. He will also carry a personal letter from Prime Minister Narendra Modi to the Amir of Kuwait.

The year 2021-22 marks the 60th anniversary of the establishment of diplomatic relations between India and Kuwait. “Traditionally warm and close bilateral relationship between India and Kuwait is characterized by strong people-to-people connect. There are around one million Indians residing in Kuwait. India is amongst the largest trading partners of Kuwait and Kuwait is a major supplier of oil for India,” the MEA said.

In recent weeks, to help fight the second wave of COVID-19 in India, the Government of Kuwait has been at the forefront to ensure a sustained and reliable supply of Liquid Medical Oxygen to India by establishing an Air/Sea Bridge.

Earlier, Sheikh Ahmed Nasser Al-Mohammad Al-Sabah, Foreign Minister and Minister of State for Cabinet Affairs, State of Kuwait, visited India on March 17-18. Both countries had agreed to establish a Joint Commission at Foreign Ministers’ level during the visit.