Farmers observed ‘Black Day’ on May 26, 2021, to mark six months of protest against the three farm laws passed by the government. Against this backdrop, a picture post showing New Zealand’s Prime Minister Jacinda Ardern in black attire and an Air New Zealand aircraft painted in black, started doing rounds on social media. It was being being claimed that Ardern donned the black suit in support of the farmers. 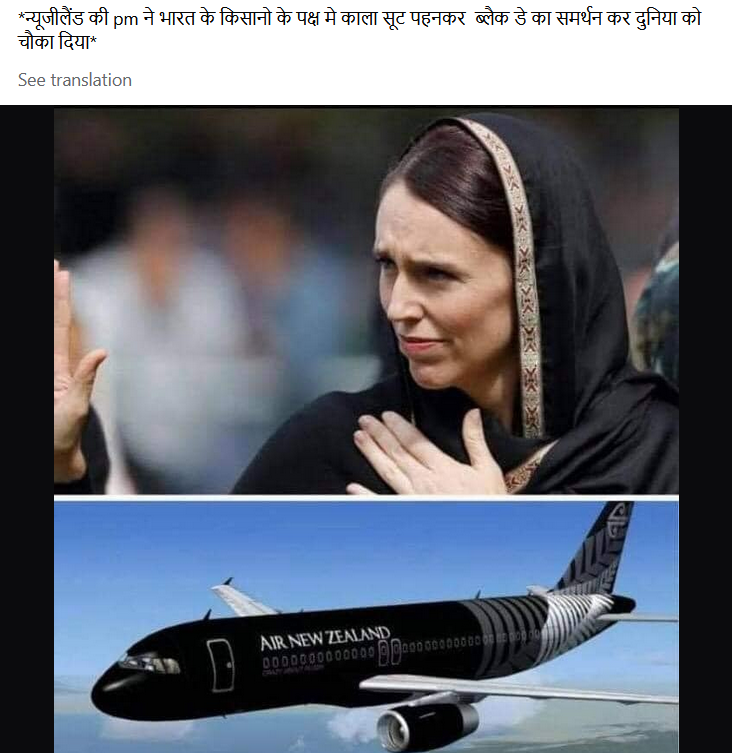 View the post here. More posts can be seen here, here and here.

On putting the first image through Reverse Image Search, we found a similar picture on the Getty Images website. The caption of the picture mentions that the picture was taken outside Masjid Al Noor mosque in Christchurch, New Zealand in March, 2019. 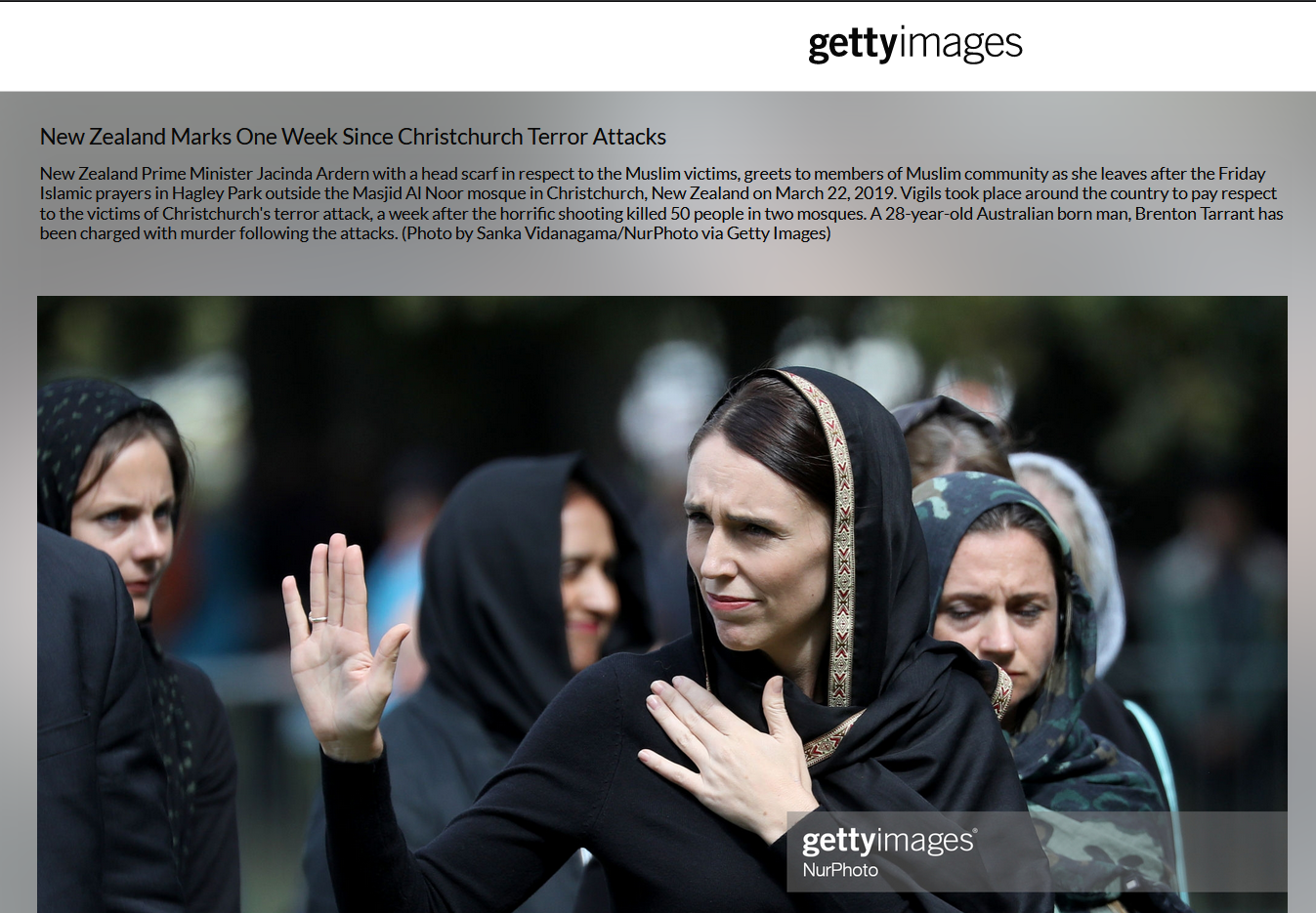 The description of the picture stated that Ardern wore the headscarf to pay respect to victims of Christchurch’s terror attack in which 50 people were killed in two mosques.

We found more pictures on the Twitter account of Christchurch City Council published on March 16, 2019. In the pictures, Ardern can be seen wearing the black scarf.

Mayor @LianneDalziel and Prime Minister Jacinda Ardern have met with members of the Muslim community this afternoon to offer their support.

They have also met with families of those killed in Friday’s mosque shootings.

On putting the second image through Reverse Image Search, we found the same picture in the thumbnail of a YouTube video dated December 8, 2020. The title of the video read, “Air New Zealand’s new All Black Livery”

The description of the video stated the new all-black livery was unveiled in Sydney by Air New Zealand CEO Rob Fyfe, in recognition of the airline’s long time support of the nation’s favourite game, Rugby.

We also found that various aircrafts in New Zealand were painted in black.

Further, we looked for media reports to check if Ardern came out in support of the farmers but could not find any credible media report to substantiate the claim.

The above information proves that the pictures are old and unrelated. Hence, the claim is false.