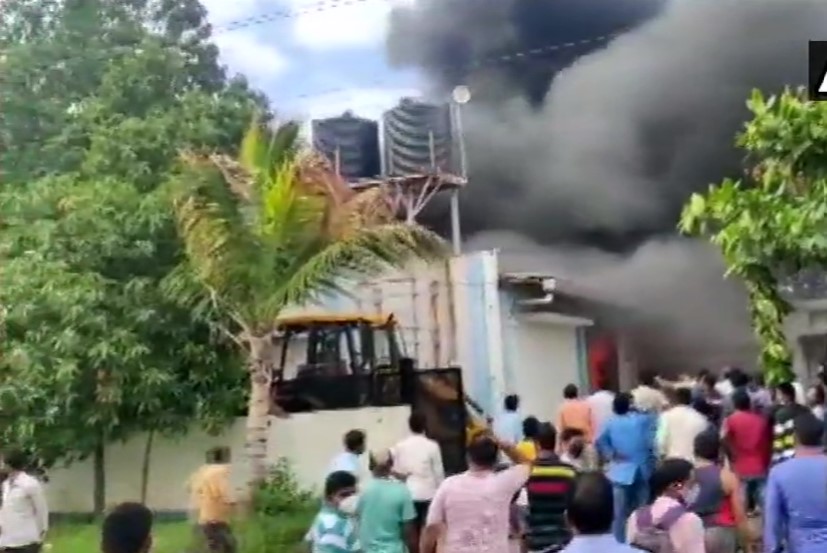 At least 17 people have been killed while five others are believed to be still missing in a fire accident at a chemical factory, VS Company, in Ghotawade Phata near Pune on Monday, officials said.

“The fire broke out during plastic packing, smoke was so much that female workers could not find an escape. We have recovered 17 bodies – 15 women and 2 men. Cooling and search operation is underway,” Devendra Potphode, Chief Fire Officer, PMRDA Pune told news agency ANI.

Maharashtra | 7 dead and 10 missing in massive fire incident at a company in Ghotawade Phata, #Pune. Out of 37 on-duty employees, 20 have been rescued: Fire Department

Eight fire tenders were rushed to the spot after the blaze was reported at 3:30 pm. The fire has been doused and the cooling process has started.

The fire brigade along with Pune rural police have started a sweep of the area to search and rescue the missing people and recover bodies.

Meanwhile, the Prime Minister has announced an ex-gratia of Rs. 2 lakhs each from the PMNRF for the next of kin of those who have lost their lives due to fire at an industrial unit in Pune, Maharashtra. Rs. 50,000 would be provided to those injured, Prime Minister’s Office has said.

PM Modi has also condoled the deaths of the workers. “Pained by the loss of lives due to a fire at a factory in Pune, Maharashtra. Condolences to the bereaved families,” he tweeted.

Pained by the loss of lives due to a fire at a factory in Pune, Maharashtra. Condolences to the bereaved families.