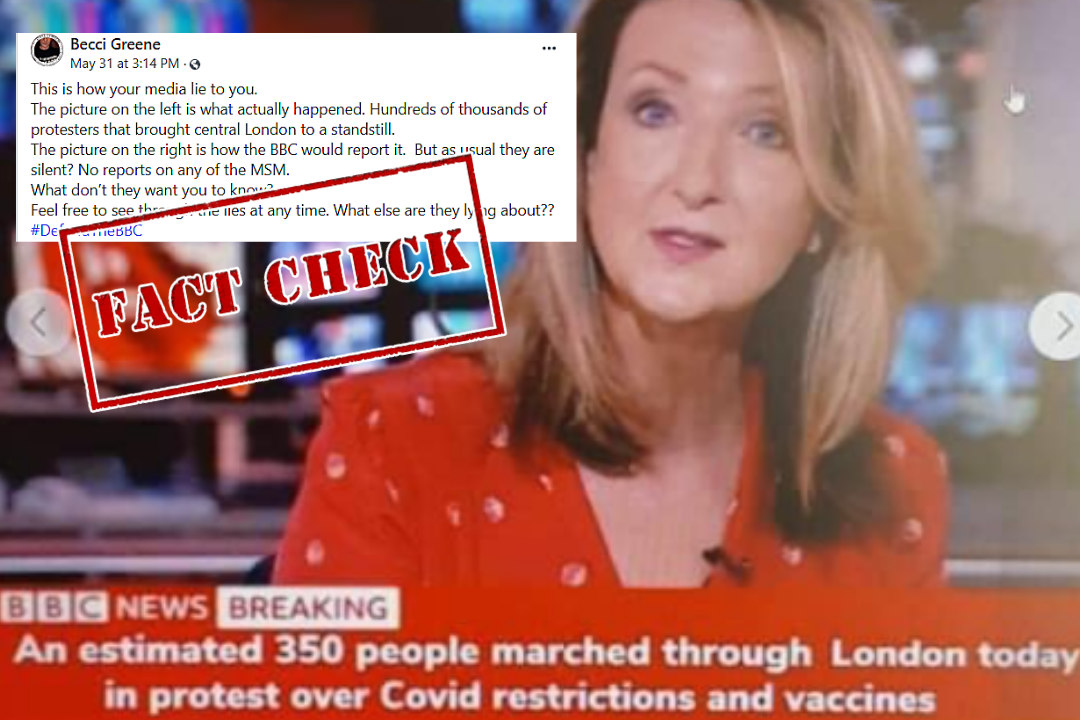 A screenshot of BBC News is being shared online claiming that BBC misled viewers about the number of people who took part in the anti-vaccine, anti-lockdown protest in London on May 29, 2021.

The text superimposed on image reads, “An estimated 350 people marched through London in protest over covid restrictions and vaccines.”

The post is shared on Facebook with a caption that reads, “This is how your media lies to you. The picture on the left is what actually happened. Hundreds of thousands of protesters that brought central London to a standstill. The picture on the right is how the BBC would report it.  But as usual they are silent? No reports on any of the MSM. What don’t they want you to know? Feel free to see through the lies at any time. What else are they lying about??” 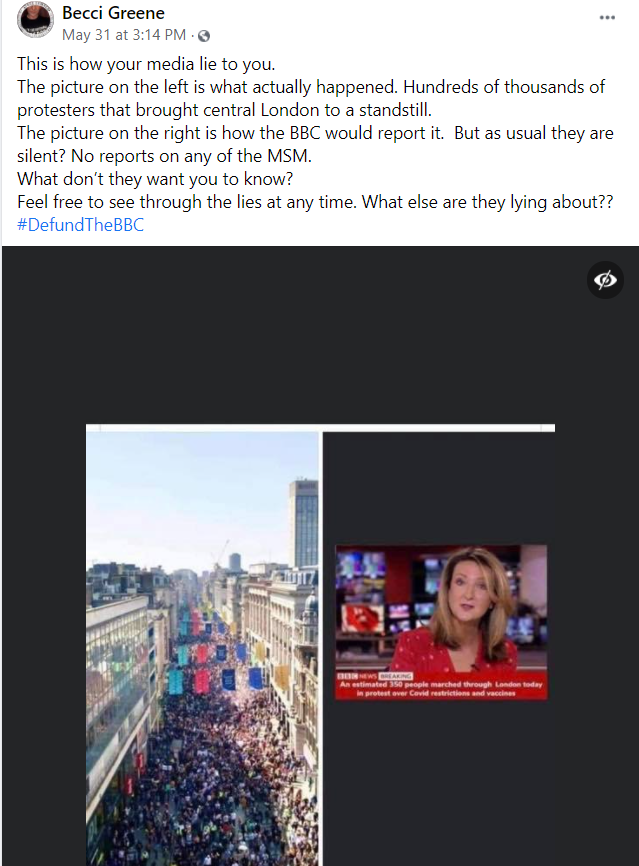 A Reverse Image Search with relevant keywords directed us to a BBC news report published on April 29, 2020, from where the screenshot of the news anchor has been picked up. The report was related to the birth of Wilfred Johnson, the son of Prime Minister Boris Johnson and his fiancee. 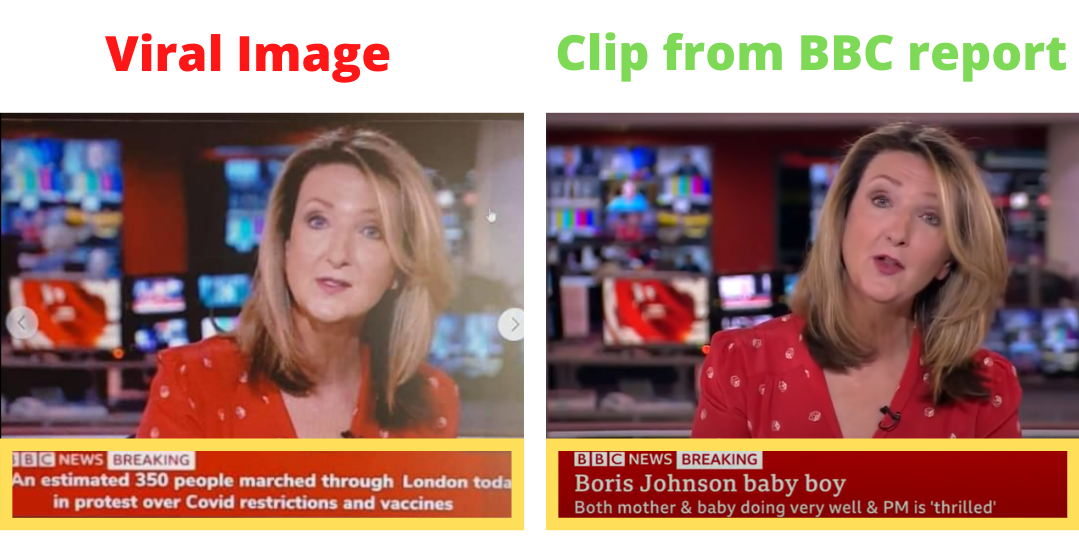 However, not only has the doctored BBC news image been taken from a year-old report, but the protest photo used in the Facebook post is also old. The protest picture in the viral post can be traced back to a video (at 2:26) posted on Instagram in April 2021.

Digging further we also found a tweet by Victoria Derbyshire (news anchor) who commented on the viral screenshot, calling it “fake” and “photoshopped”. She added that she wasn’t working on May 29, the day of London protest; she hadn’t worn the same outfit since summer 2020; and noted that the strapline font was not the one used by BBC News.

This photoshopped, fake image is doing the rounds

1. I wasn’t working on Saturday

3. I haven’t worn that dress since last summer

(wld love to meet/int whoever took time/trouble to put this image together – plse do DM in confidence) https://t.co/0NEUTj2t9p

Thus, it can be concluded from the above information that a screenshot of an old BBC News report was doctored to falsely claim that the broadcaster said only 350 people attended a recent anti-lockdown protest in London.