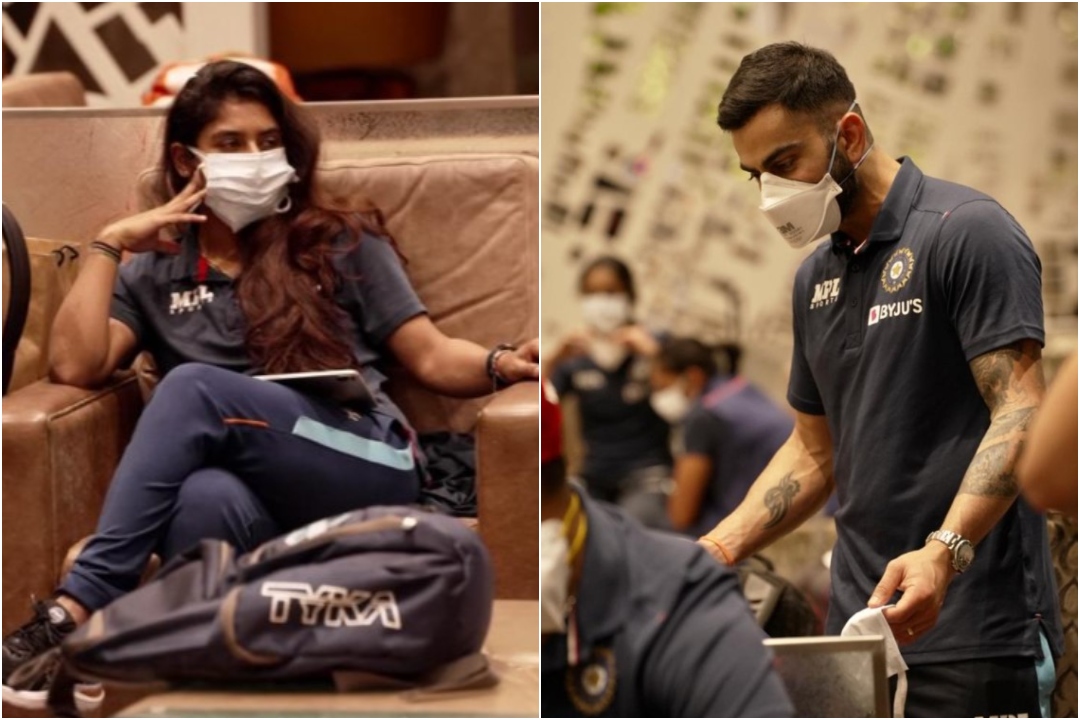 Indian men’s and women’s cricket teams departed for their tour to England on Wednesday. The family members of players and support staff of both the cricket teams also boarded a chartered flight for London late in the night.

The Board of Control for Cricket in India (BCCI) shared photos of players from both teams on Twitter. India men’s team’s skipper Virat Kohli, women’s team captain Mithali Raj, Rohit Sharma, KL Rahul and Jhulan Goswami were among the few cricketers who were captured before the players left for England.

Both Indian teams have served a 14-day quarantine period (home plus hotel) in India and undergone six RT-PCR negative tests which allowed them to board their charter flight to London, from where the entire touring party will then travel to Southampton, where they will spend time in managed isolation.

The men’s team will face New Zealand in the ICC World Test Championship final in Southampton starting June 18 before facing England in a series of 5 Tests from August 4. While the women’s Test side will face the hosts in a one-off match which will be followed by 3-match ODI and T20I series.

During the pre-departure virtual press conference, Kohli stated that both India and New Zealand will be on “equal terms” in accordance with the conditions in Southampton.

“The conditions are as potent for us as New Zealand (in England). We are going to board the flight thinking that we’re on equal terms and whichever team performs well session-by-session, hour-by-hour, is going to win that championship,” Kohli said at the pre-departure press conference.

Whereas, Mithali Raj stated that most of her players will be playing a Test match for the first time in a long time and that the presence of the men’s team will help them overcome any reservations they may have about playing in the United Kingdom.

“I am sure the girls have been interacting whenever they cross paths. It is good to have the men’s team here because they have played a lot in the UK and you can ask them questions, they can help out because most of the girls are playing a Test match after a long time,” Captain Mithali told the media on Tuesday.