A picture of Congress President Sonia Gandhi sitting in front of a bookshelf that allegedly has a book titled ‘How to Convert India into Christian Nation’, the ‘Holy Bible’, and a statue of Jesus is doing the rounds of social media.

A user shared the picture on Facebook with the caption, “Zoom and see right side. One book titled ” How to convert India into Christian nation”. Any further proof required? 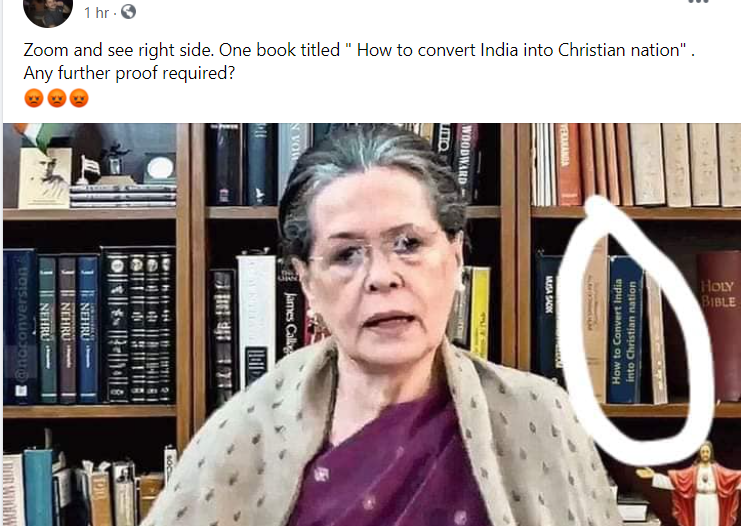 The posts can be seen here, here and here.

NewsMobile fact-checked the picture and found it to be morphed.

A simple Reverse Image Search on the picture led us to an article by The Statesman published on October 27, 2020, featuring the original picture. 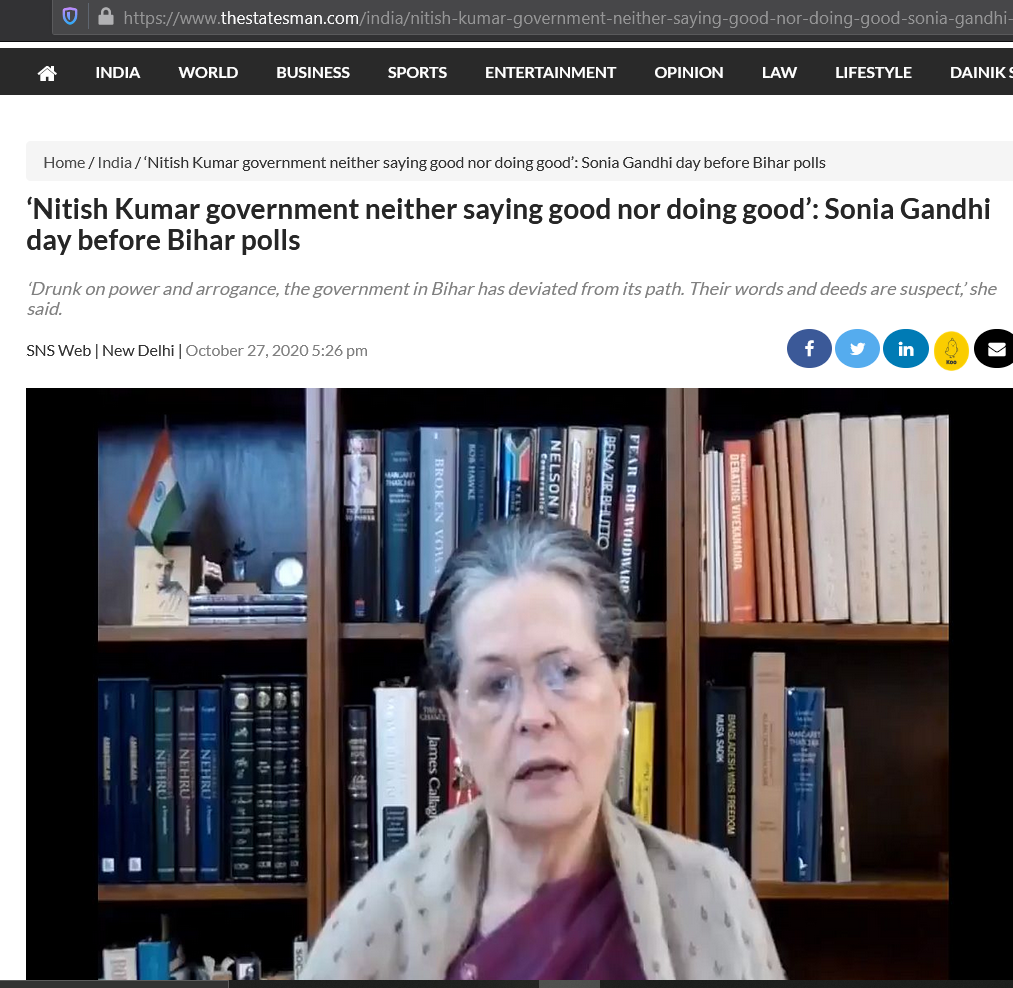 In the original picture, the books ‘How to Convert India into Christian Nation’, the ‘Holy Bible’ and the statue of Jesus are not present on the bookshelf.

We found the same picture in reports from various media organisations. They can be viewed here, here, here and here.

Further, we found that the picture is a screengrab from a video published on Rahul Gandhi’s Twitter account on October 27, 2020. 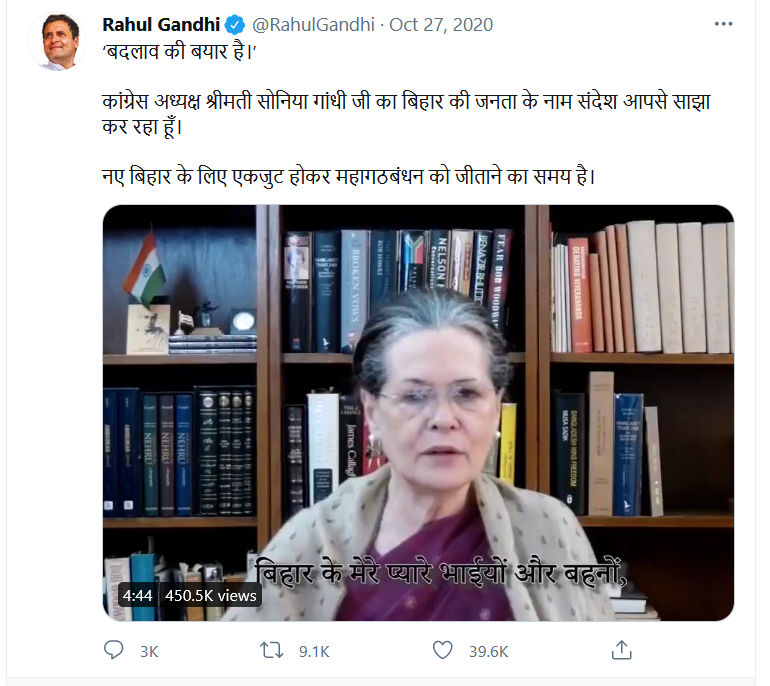 In the video, Gandhi is addressing the people of Bihar on issues like unemployment, poverty and farmers’ affairs.

On comparing the viral picture and a screengrab from the video, it becomes clear that the picture has been morphed. 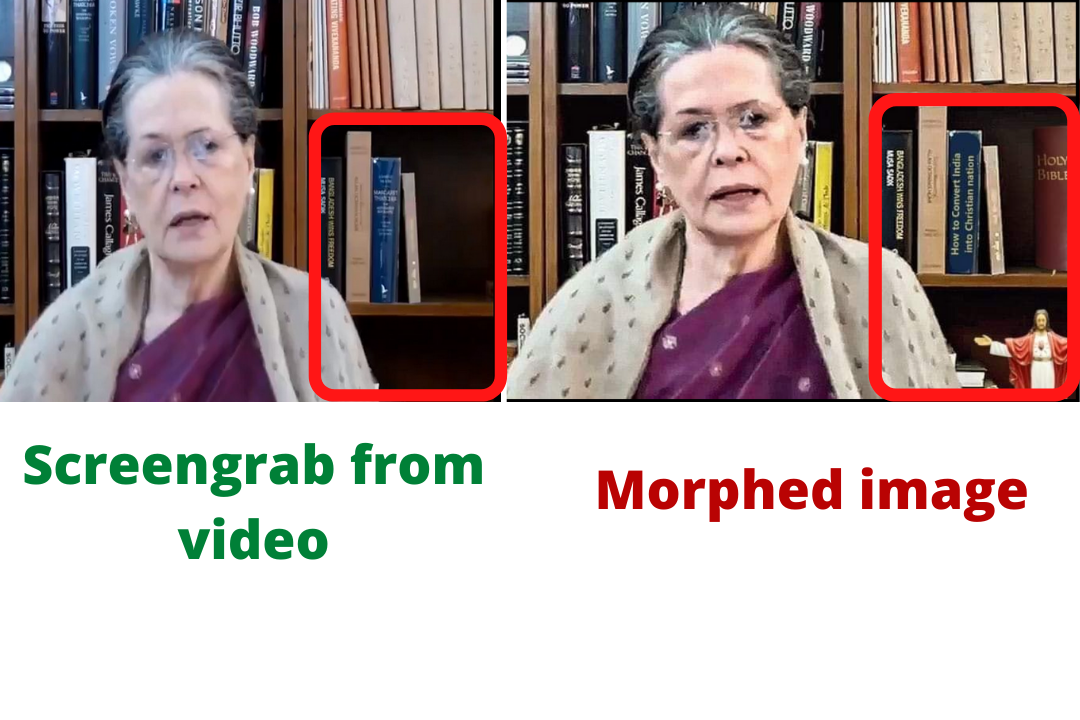 Hence, from the above fact check, we can say that the picture in circulation is morphed.