An image is being shared on social media claiming to be of the closest picture of planet Saturn from inside its rings. This post claims that the photo was shot by NASA’s Cassini spacecraft two weeks ago.

The post is being shared on Facebook with a caption that reads, “Closest pic of Saturn, from inside its rings, by the Cassini Spacecraft two weeks ago.” 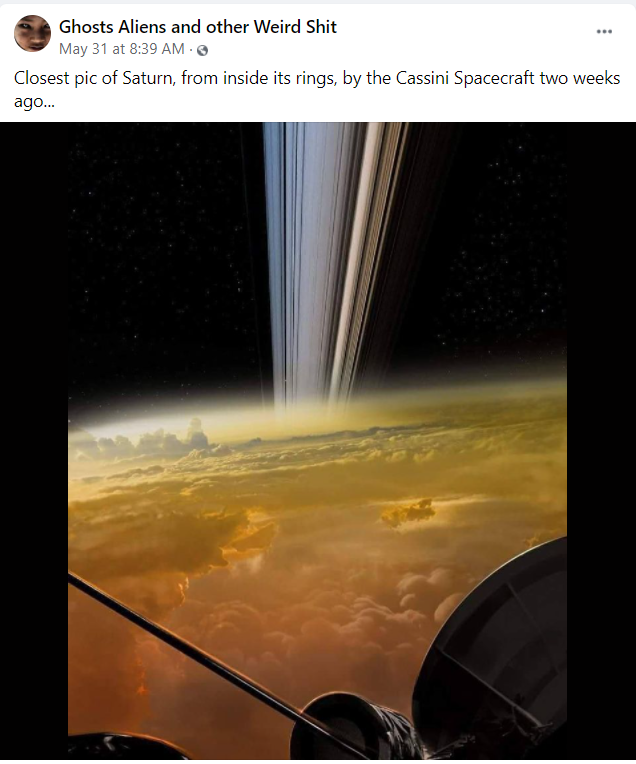 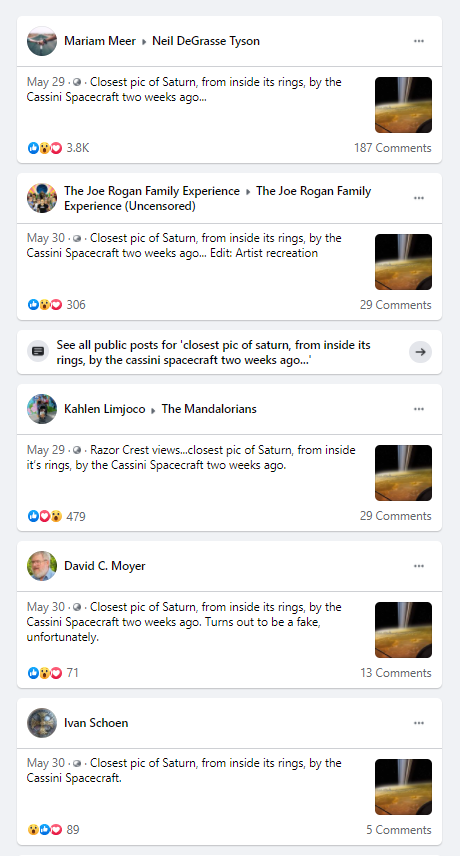 On doing a Reverse Image Search, we found a similar photo in an article published by the ‘Space.com’ website. This article mentions that it as an artist’s concept image of NASA’s Cassini spacecraft making its final dives over Saturn. This article credited the photo to NASA. 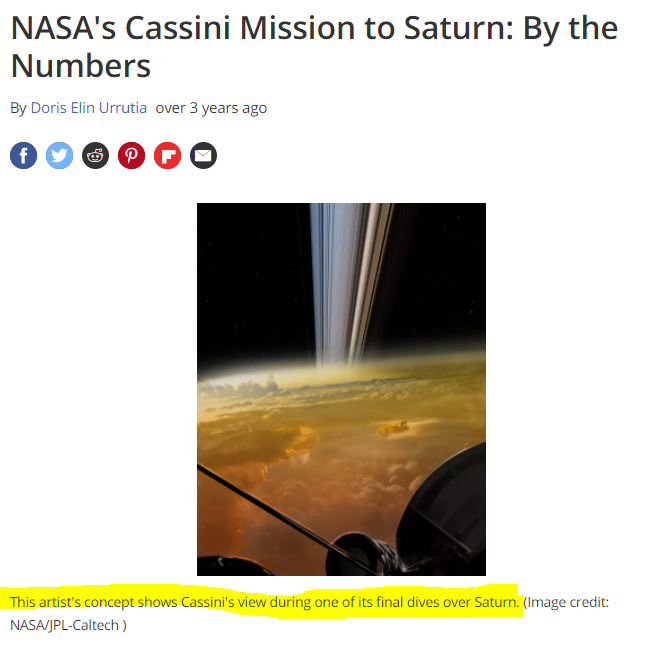 When searching for this photo using relevant keywords, we found the same picture on the ‘NASA’ website. The description of the photo states, ‘This artist’s concept shows an over-the-shoulder view of Cassini making one of its Grand Finale dives over Saturn’. This photo was published on 06 April 2017. 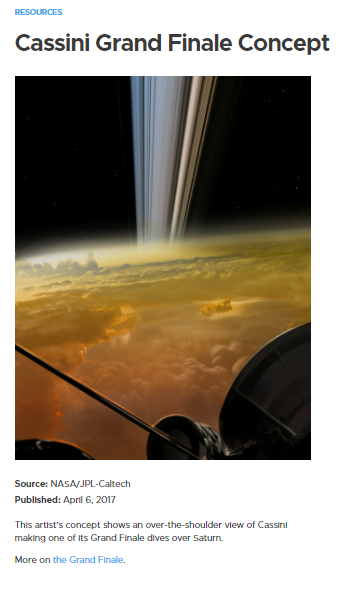 The same image with a similar description was published on the ‘Fine Art America’ website. From all these pieces of evidence, it can be concluded that the image shared in the post is an artist’s concept image of NASA’s Cassini spacecraft and not a real picture. More such graphic images can be seen on NASA’s website.

Hence, it is evident from the above information that an artist’s concept image of NASA’s Cassini spacecraft’s final dive over Saturn is being falsely shared as a real one.