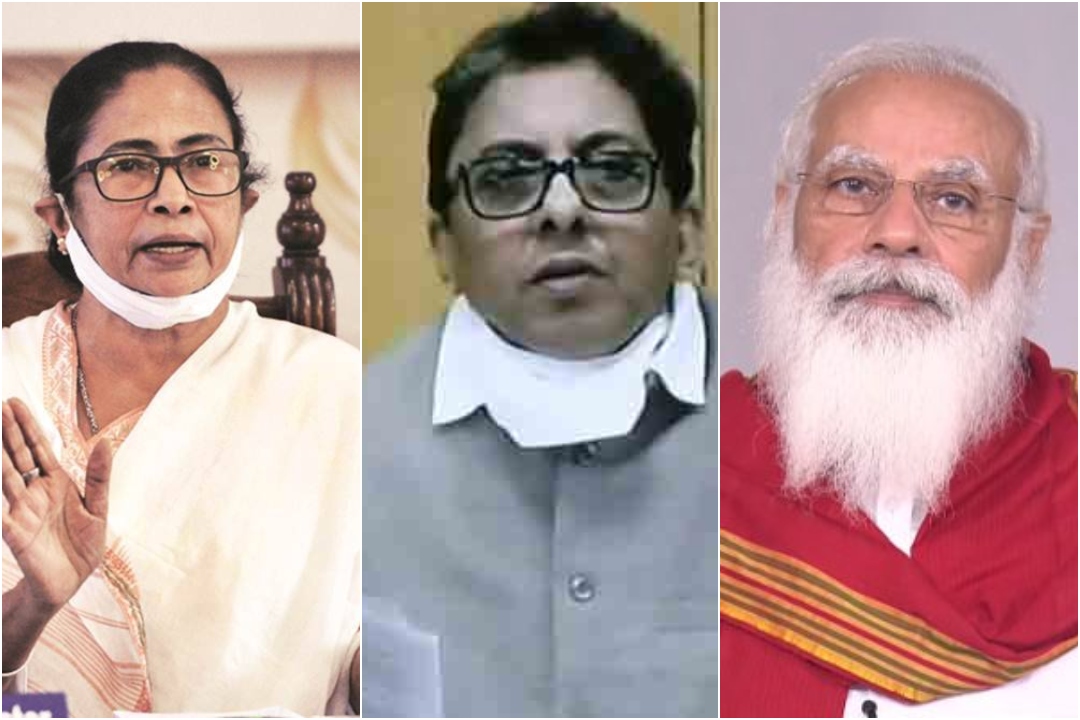 Bandyopadhyay will join the state government tomorrow as chief adviser to the Chief Minister while the new Chief secretary will be H K Dwivedi. Mamata claimed she was inclined to retain Bandyopadhyay for another three months as chief secretary, but Bandyopadhyay himself wanted to end the controversy.

Bandyopadhyay was asked by the centre to report today in Delhi at 10 AM. But Chief Minister Mamata Banerjee made it clear earlier that he would not be released by the state. And today, as usual, Alapan Bandyopadhyay had joined his office in Nabanna, the state government’s headquarters in Howrah.

Meanwhile, Mamata Banerjee today dashed off a letter in the morning to Prime Minister Narendra Modi, saying she was ‘shocked and stunned’ by the ‘unilateral order’ of the centre asking Bengal Chief Secretary to report in Delhi, and urged the Centre to withdraw the order. But in the afternoon, Bandyopadhyay received another communication from the centre, asking him to report at North Bloc immediately.

The Chief Minister in her letter to the PM said, “The government of Bengal cannot release, and is not releasing, its Chief Secretary at this critical hour, on the basis of our understanding that the earlier order of extension, issued after lawful consultation in accordance with applicable laws, remains operational and valid.”

The transfer order was issued after the CM skipped a meeting with the MP at Kalaikunda held for reviewing the post-cyclone situation. Though she did not attend the meeting she breezed into the venue along with the chief secretary, gave a memorandum on the damages, and walked out. The central government was peeved with this, According to sources, as they could not move against the CM, the chief secretary was singled out for violating ‘protocol’ applicable to the IAS officers.

Mamata Banerjee as usual has made this Bengal versus the centre issue. In a “I am sure you will not inflict further suffering on the people of this state by taking away the services of an experienced officer, suddenly without any consultation and with no prior notice, whose continued presence in my state in these difficult times was accepted to be vital and necessary by your government four days back.”

In her letter, Mamata Banerjee has also mentioned the Kalaikunada meeting and her resentment on the presence of Suvendu Adhikari (whom he has mentioned as ‘a local MLA’) in the meeting. It shows she is also aware of the fact that it is the spin-off from that day’s events. But within hours after her letter was made public, the Home Ministry made it clear that they are not to budge. Thereafter, the chief secretary decided to give it up and retire today.