BJP MP Pragya Singh Thakur has advocated the use of cow urine for protection against coronavirus and claimed that she consumes cow urine every day hence she will not get COVID-19.

In this backdrop, her picture has started doing rounds on social media with a claim that she tested positive for the virus and was admitted to Kokilaben Hospital in Mumbai

(Translation: Sadhvi Pragya Thakur, who gave knowledge on treatment of corona with #cow urine, was admitted to Kokilaben Hospital in Mumbai by air ambulance after being corona positive. Such people confuse the people of the country and push them to death and get VIP treatment at government expenses) 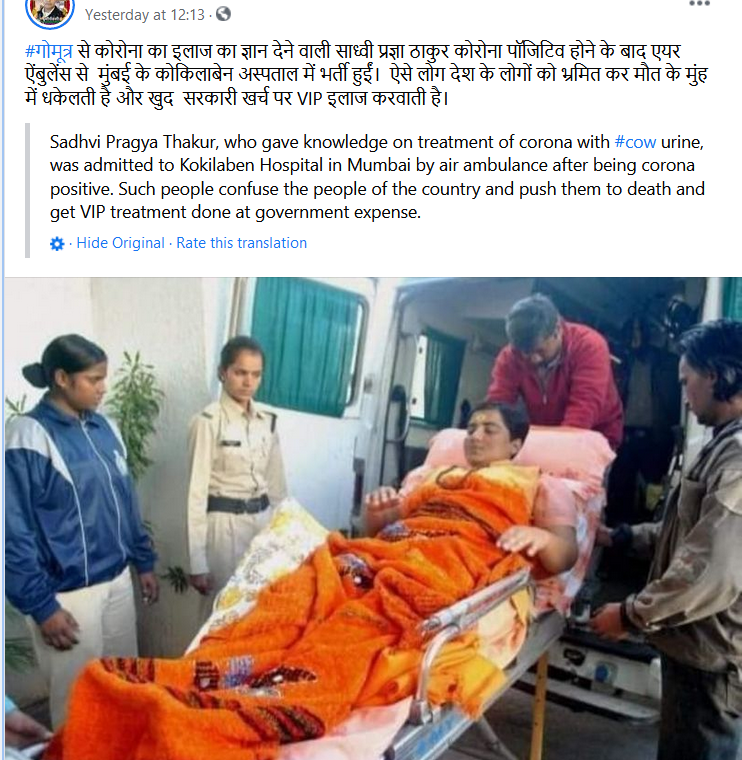 On putting the image through Reverse Image Search, we found a report by The Hindu, featuring a similar picture. The caption of the picture read, “In this January 9, 2013 photo, 2008 Malegaon blast accused Sadhvi Pragnya Singh Thakur is being taken to the Jawaharlal Nehru Cancer Hospital for medical examination, in Bhopal.” 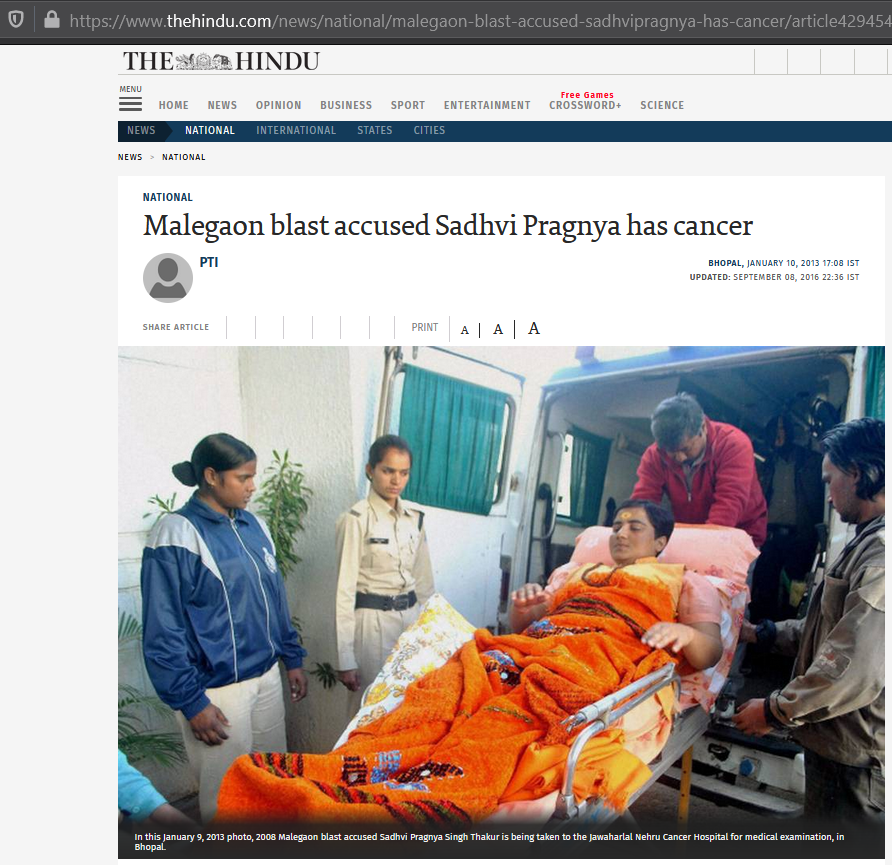 As per the report, Thakur was diagnosed with breast cancer and was taken to the Jawaharlal Nehru Cancer Hospital in Bhopal. However, she later said that she would get admitted only after performing some ‘rituals’.

Further, we found the same picture featured in another report dated May 13, 2016. While the picture was used as a file image, the information proves that it is an old picture. 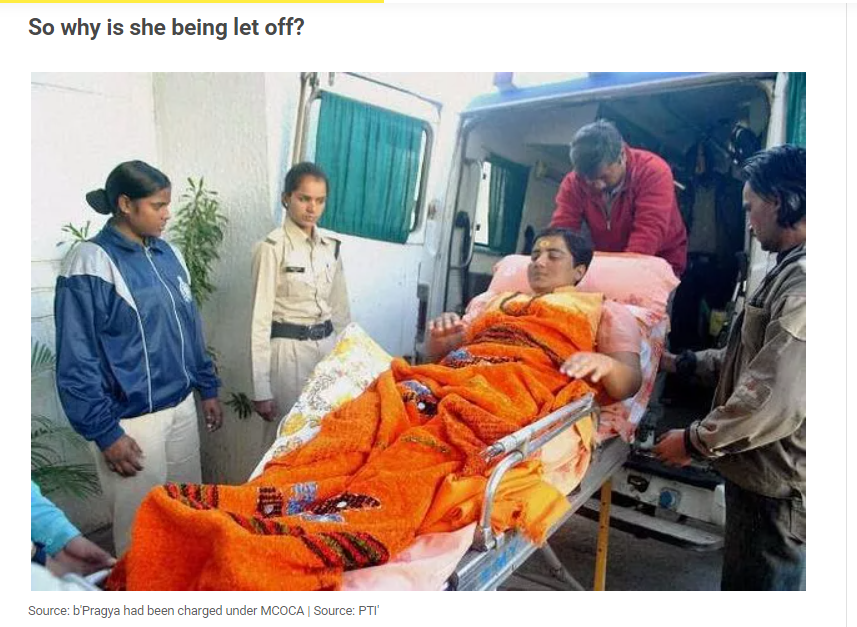 Moreover, we did not find any latest news report about her being admitted to the hospital or contracting Covid-19.

The above information proves that the picture is old. Hence, the claim is false.