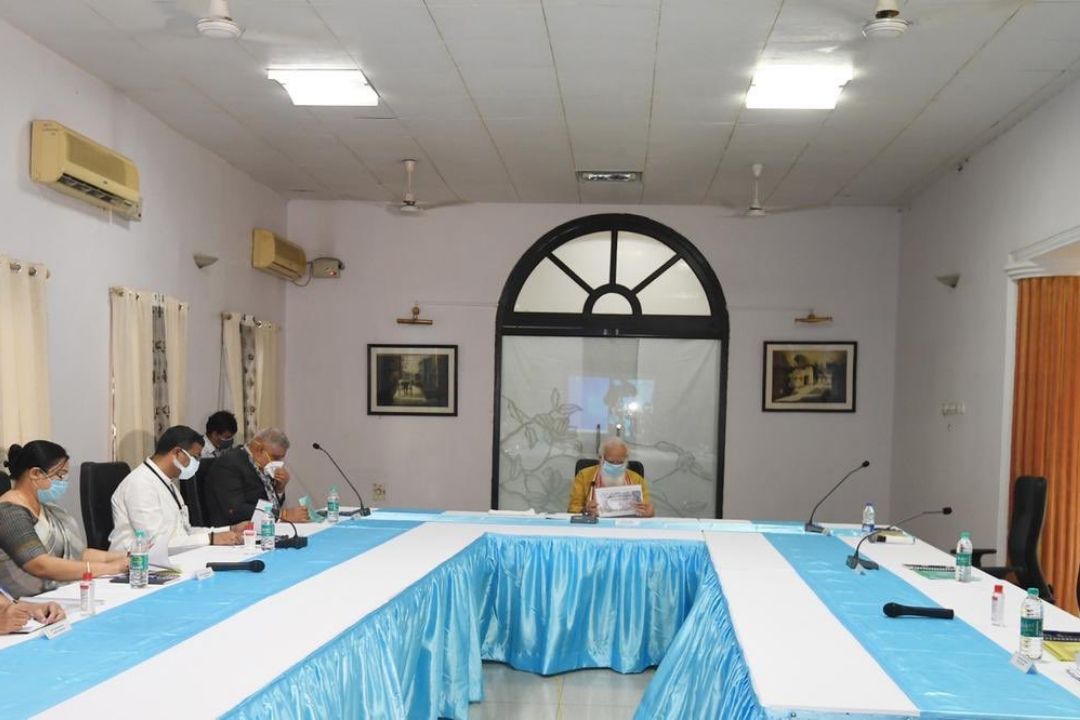 Mamata Banerjee can invent novel ways to deal with a tough situation. And she did it again as she met Prime Minister Narendra Modi at Kalaikunda today, and yet skipped the review meeting convened by the PM to discuss the quantum of damages suffered by the state after it was hit by Cyclone Yaas.

The West Bengal Chief Minister decided not to attend the meeting held at Kalaikunda in protest of Suvendu Adhikari being present in the meeting. Suvendu was invited there as he has been elected by the BJP as the opposition leader of the assembly. But the Bengal CM has not forgotten how Suvendu deserted her before the election and even defeated her in Nandigram.

But she had to place her demands before the Prime Minister too and submit a preliminary report on damages caused by Cyclone Yaas. So she left Kolkata early and conducted an aerial survey of cyclone-hit areas of North 24 Parganas district along with Chief Secretary Alapan Bandyopadhyay. She took stock of the situation in Hingalganj, Hasnabad, Sandeshkhali, Pinakha, and other areas in a meeting held at Hingalganj.

Then she went to Kalaikunda, greeted the state governor Jagdeep Dhankhar and sat beside him where the review meeting was to be held. After the aerial survey, she submitted her report and demanded 20 thousand crores as compensation. And then she excused herself on the ground that she would have to visit Digha, the coastal town which has been badly hit by the surge of seawater.

Everybody was not amused by her stance. Suvendu Adhikari tweeted, “The way Didi behaved with the PM reflects her dictatorial nature and lack of respect for constitutional values. Instead of working with the PM for the betterment of West Bengal, she is indulging in petty politics.” Governor Jagdeep Dhankar commented ‘such confrontation has no place in democracy’. And then joined in Amit Shah, the Union Home Minister. He said, ”Mamata Didi’s conduct today is an unfortunate low. Sadly Didi has put arrogance above public welfare and today’s petty behaviour reflects that.”

Meanwhile, the Prime Minister has announced today financial assistance to the tune of Rs 1,000 crore for immediate relief activities. Out of it, Rs 500 crore would be disbursed to Odisha. The rest will go to West Bengal and Jharkhand and will be released on the basis of the damage done by Cyclone Yaas. Modi in a tweet in Bengali has assured the people of Bengal that the central government will stand by them.