The central government on Thursday hit back at Twitter, saying its statement is an attempt to dictate its terms to the world’s largest democracy. The government also accused Twitter of trying to undermine India’s legal system with its “actions and deliberate defiance”.

The strong response from the Ministry of Electronics and Information Technology came after Twitter issued a statement wherein it said it would strive to comply with applicable law in India, but added that it is “concerned” by the recent events regarding its employees in India and the “potential threat to freedom of expression for the people we serve”.

In a statement, the ministry said, “Twitter needs to stop beating around the bush & comply with laws of the land. Law making & policy formulations is sole prerogative of the sovereign &Twitter is just a social media platform & it has no locus in dictating what should India’s legal policy framework should be.” 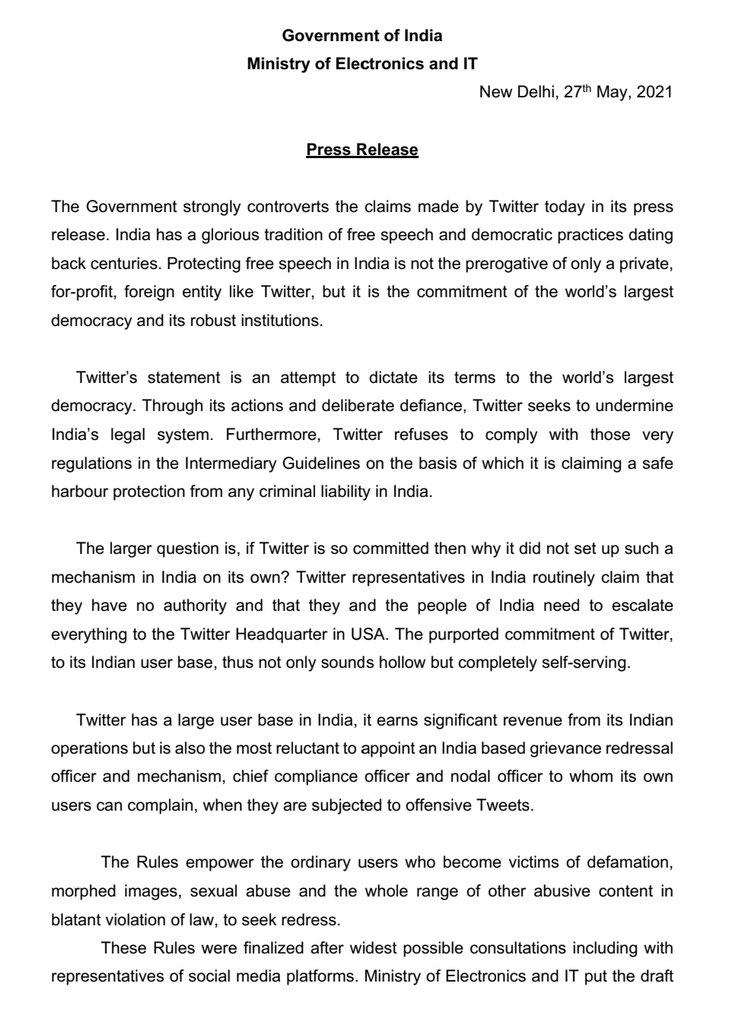 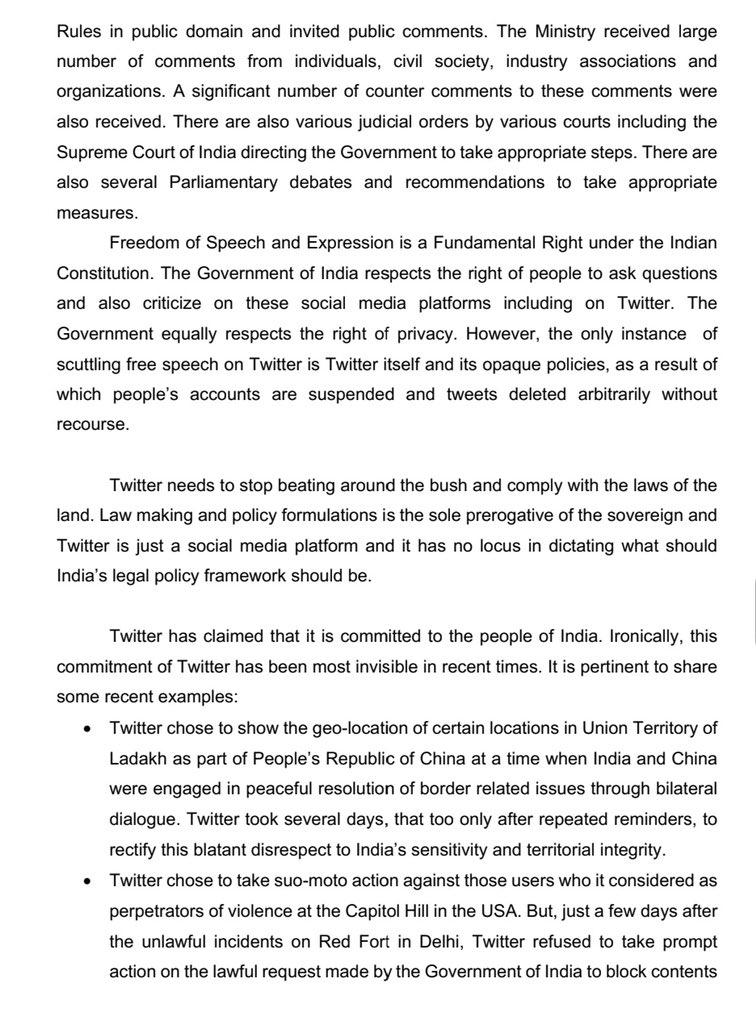 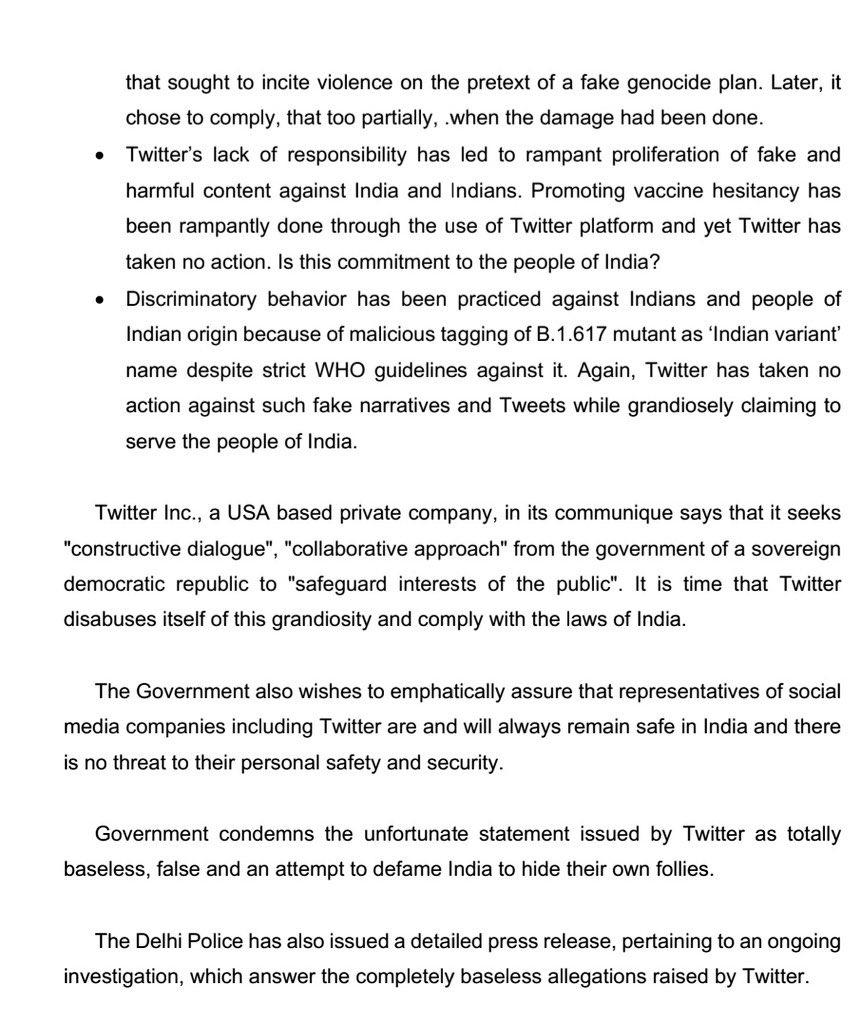 Earlier on Thursday, the micro-blogging site had responded to India’s new IT rules and said it would strive to comply with applicable law in India. 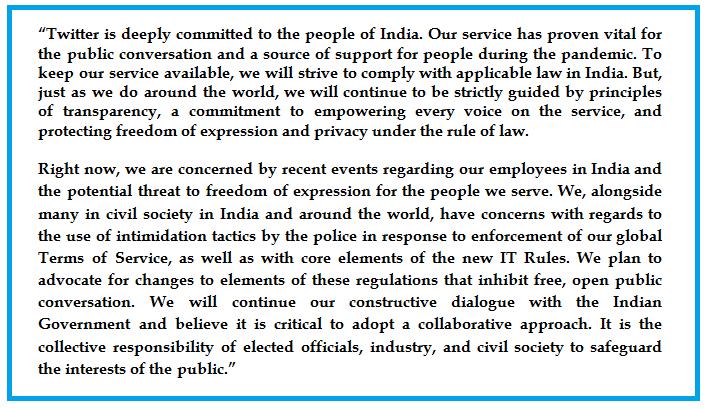