Fact Check: Video Of Man Washed Away In River Is Not From Andhra Pradesh; Here’s The Truth | Newsmobile
Monday, September 26, 2022

Home NM FACT CHECKER Fact Check: Video Of Man Washed Away In River Is Not From...
ShareTweetGoogleWhatsappPrint
Mail

A video showing a man being washed away in a turbulent river, while trying to climb a tree, is being shared with a claim that the video is from Andhra Pradesh.

The caption of the video read: andhra pradesh 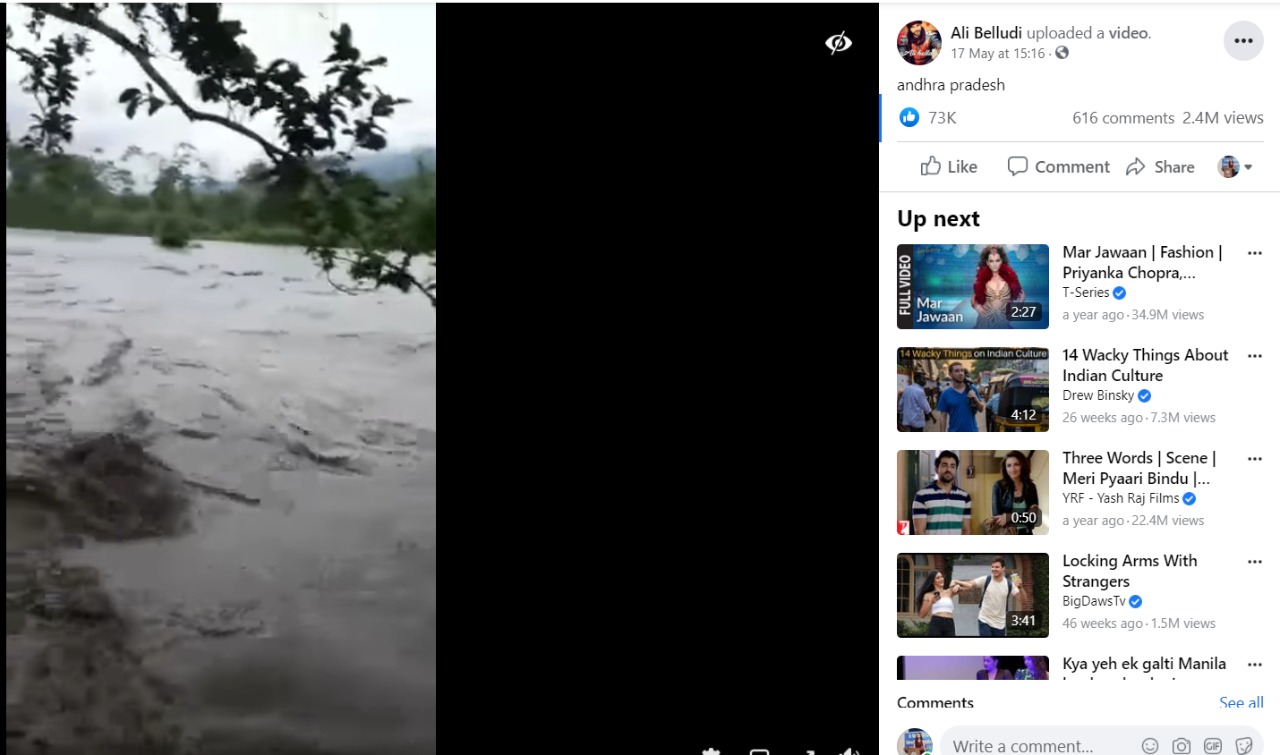 Here’s the link to the above post. At the time of filing this report, the post was liked by 73,000 Facebook users and seen by 24 lakh users.

On listening to the audio of the post, we found that people in the video were speaking in Spanish which suggested that the video is not from India.

Further, we put keyframes of the video through Reverse Image Search and found a report published by a Spanish media organisation El Tiempo, dated November 17, 2020. The headline of the report in Spanish can be loosely translated to, ‘Shocking video: the river detached the land and swallowed a man‘. 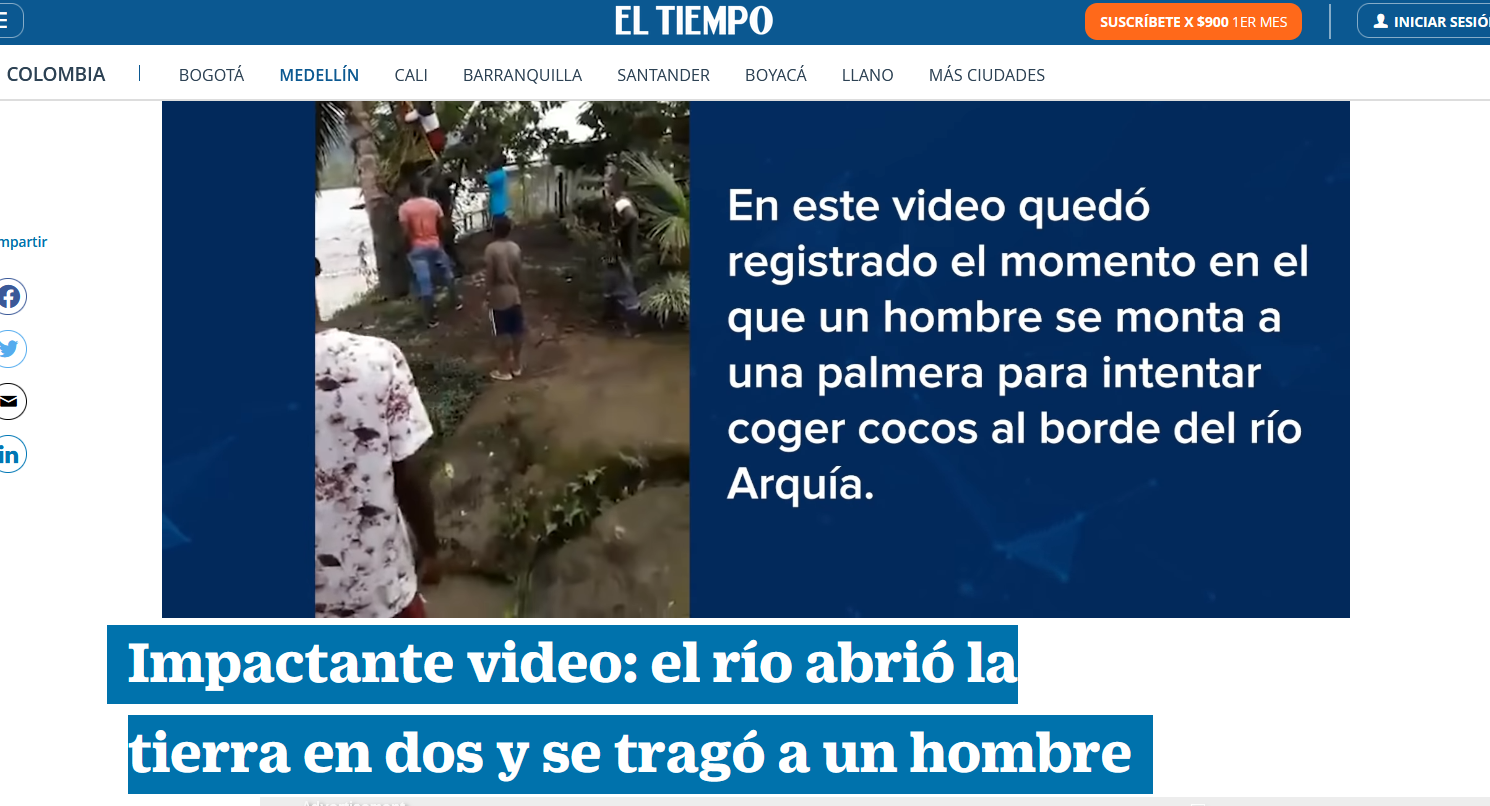 As per the report, the incident took place at Vigía del Fuerte, Antioquia in Colombia. The man was trying to climb up a coconut tree to pluck the coconuts. The tree was at the edge of river Rio Arquía. It is at that time that the force of the current caused a part of the land to detach which led to the man falling into the water.

The title of the video read, “Hombre bajaba cocos para dar a los niños en Vigía del Fuerte y fue arrastrado por un río” (Translation: Man tried to get coconuts for children in Vigía del Fuerte and was washed away by a river)

The video stated that two men somehow managed to swim to the bank, but the man in the video, Arturo, had been washed away due to the strong currents. Two boats set out in his rescue mission, and he was later found alive two kilometres down the river by neighbours.

More reports from Mexican media organisations covering the issue can be read here and here.