The post is being shared on Facebook with a caption that reads, “Very disappointing video clip. See how she sidelined the then PM MMS!” 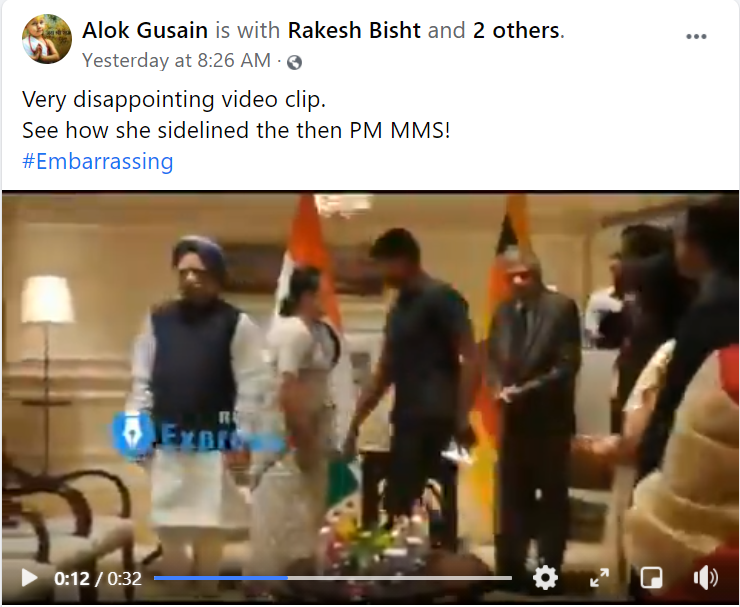 News agency ANI had also reported on PM Wickremesinghe’s meeting with Congress leaders. The tweet dates back to April 26, 2017. 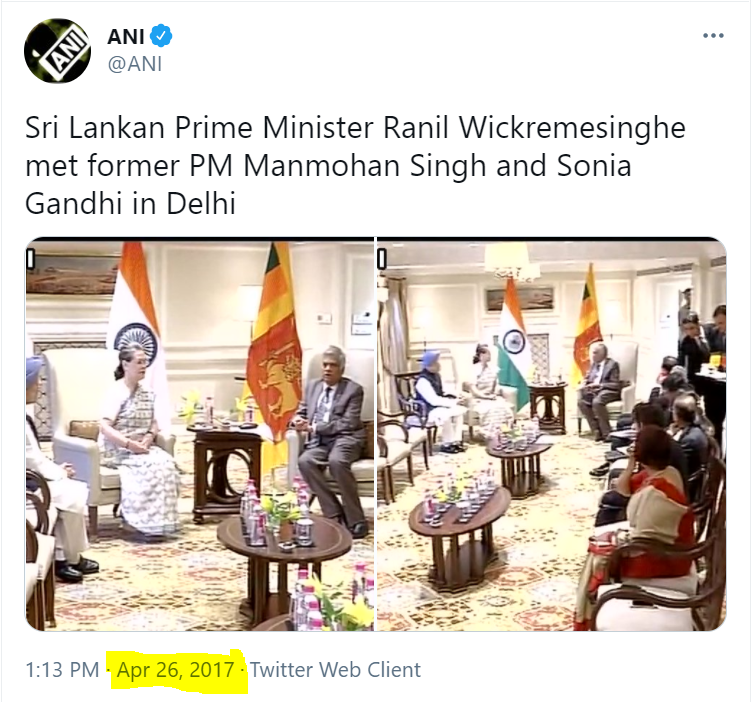 Dr Manmohan Singh was Prime Minister from May 2004 to May 2014. The meeting was held with senior Congress leaders. Sonia Gandhi headed the party in 2017. Thus, the claim that she sidelined Manmohan Singh when he was the PM is misleading.