After news of Cyclone ‘Yaas’, which is likely to cross the Odisha-West Bengal coasts between Paradip and Sagar Islands on May 26, started doing rounds, it was predicted that heavy rainfall was expected in the southern states as well.

In this backdrop, a video showing some water tankers being blown away due to heavy winds started doing the rounds on social media. It was being claimed that the video shows visuals from Kerala. 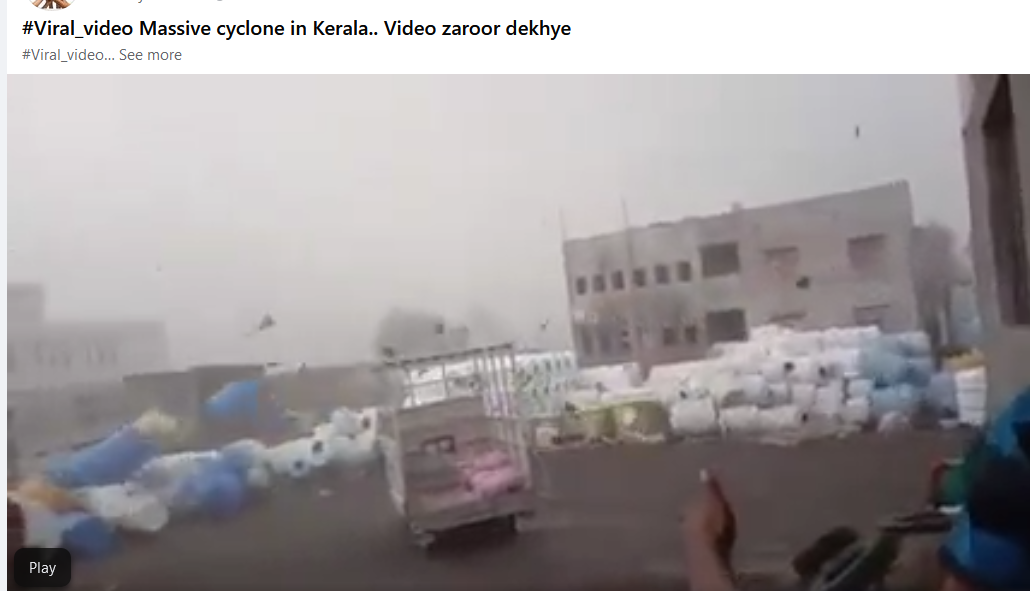 The above post can be seen here. View more videos here, here and here.

On putting extracted keyframes of the video through Reverse Image Search, we found that the video was uploaded on YouTube on June 15, 2019. The title of the video read, “Cyclone Vayu in Dhule Maharashtra | महाराष्ट्र के धुले में ‘वायु’ तूफान का कहर | Amar Ujala”. 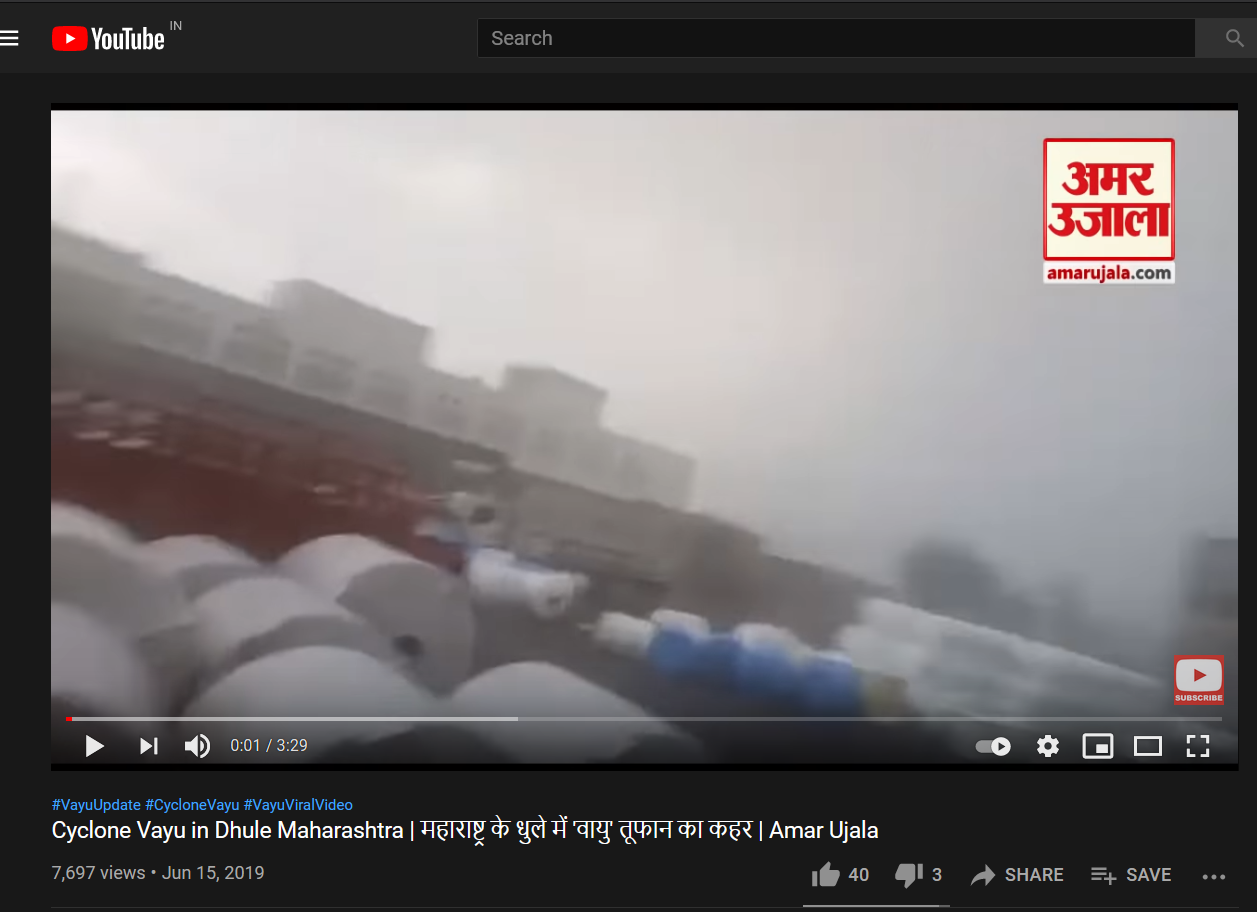 As per the description, the video shows strong winds due to Cyclone Vayu in the industrial area of Maharashtra’s Dhule district in June 2019.

Vayu was a tropical cyclone that hit Gujarat and affected other parts of the western coast, including Dhule district in Maharashtra.

Taking a cue from this, we ran a keyword search and found multiple media reports from 2019 featuring the same video. 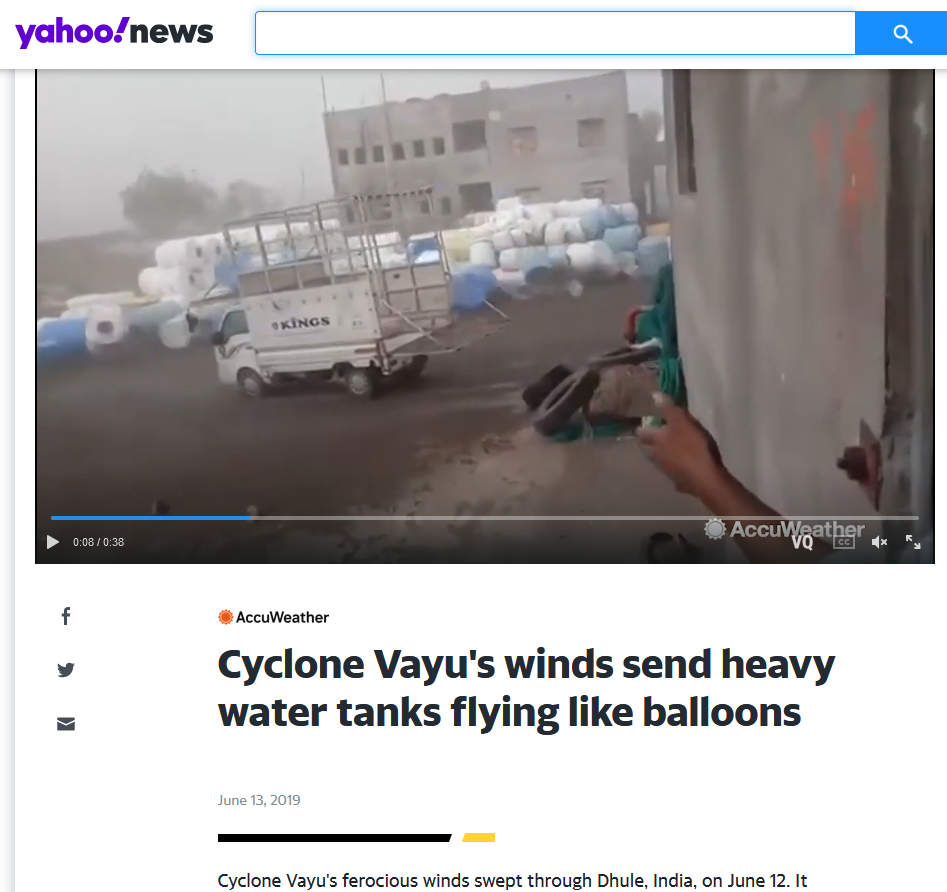 The description stated that Cyclone Vayu’s intense winds swept through Dhule, India, on June 12. It made empty water tanks, which weighed over 400 lbs, look as light as balloons. The winds were even strong enough to move a truck as seen in this video.

This proves that the video in circulation is old and is NOT from Kerala.