An image has gone viral on social media claiming that The New York Times’ international edition published on Friday, May 21, 2021, used an image of a crocodile on their front page with the text: ‘India’s PM cried.’

This comes on the back of Prime Minister Narendra Modi getting emotional on Friday while stating that COVID-19 second wave has put the health system under pressure, and it has to be fought on many fronts.

One of the posts shared on Facebook has a caption that reads, “New York Times criticise India’s pm cried as crocodile tears.” 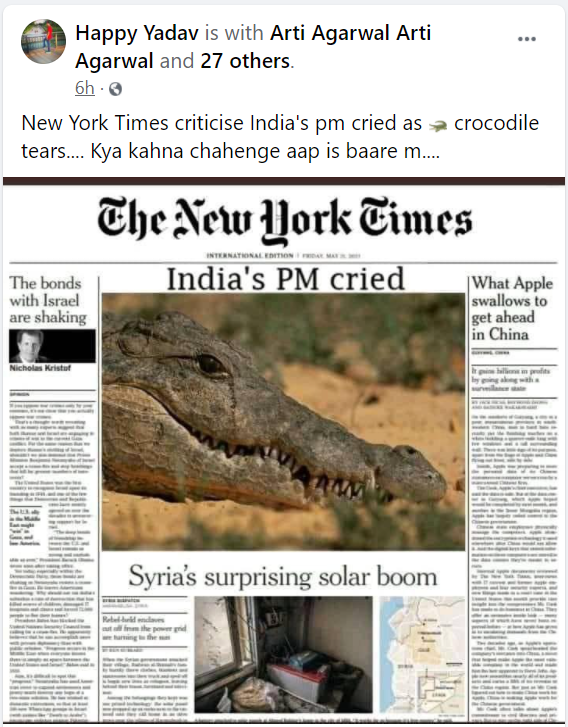 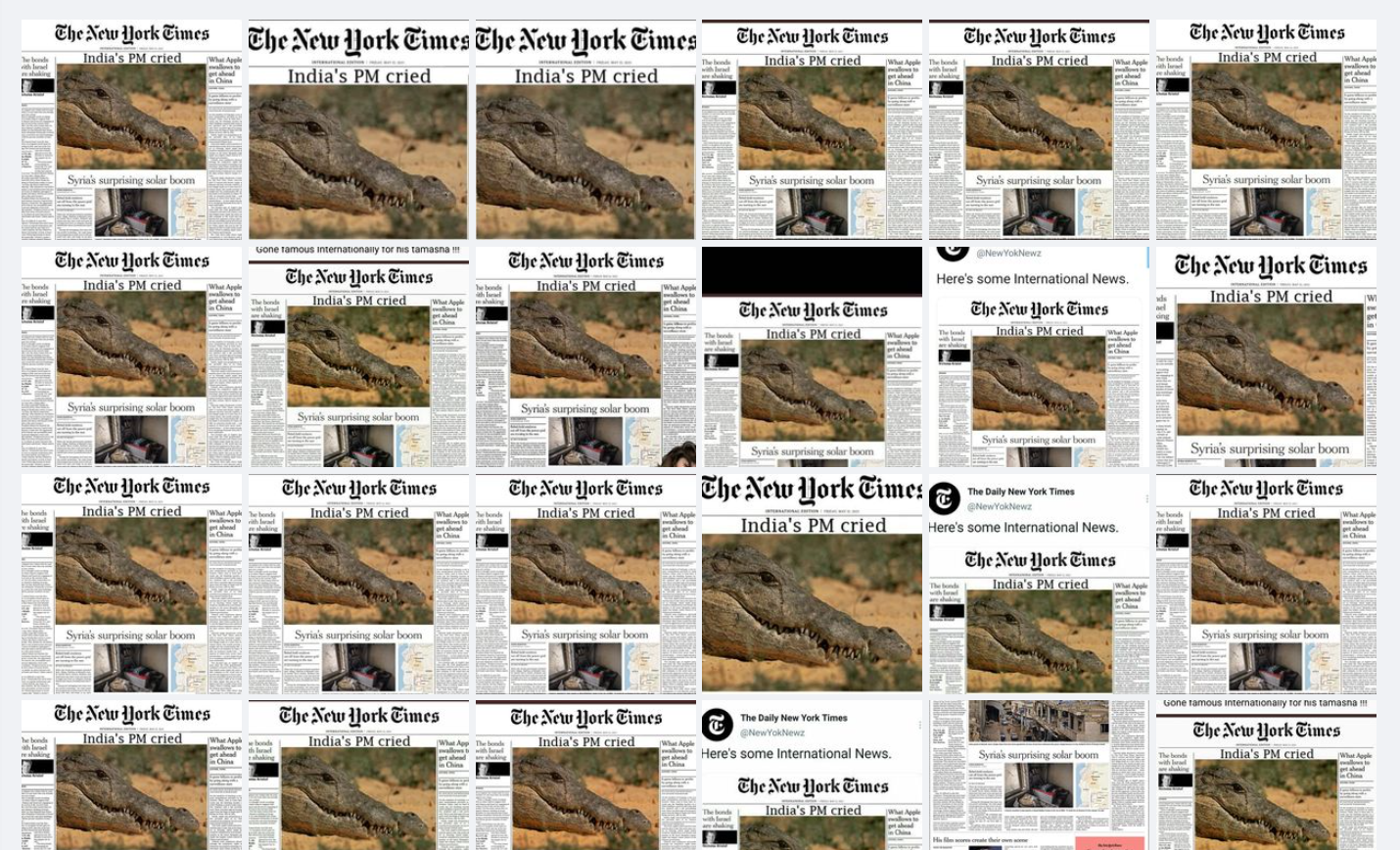 Starting with our investigation, we searched the web with relevant keywords to find the article with the heading “India’s PM Cried” but could not find any.

As the viral image claimed that it is from Friday, 21 May’s NYT international edition, we searched for the concerned edition on NYT’s official website. However, we found that not only was its lead image different from the one seen in the viral photo, but also the story on PM Modi does not feature anywhere on the front page of NYT’s official edition.

Here’s a comparison of the viral image and front page of NYT’s Friday edition. 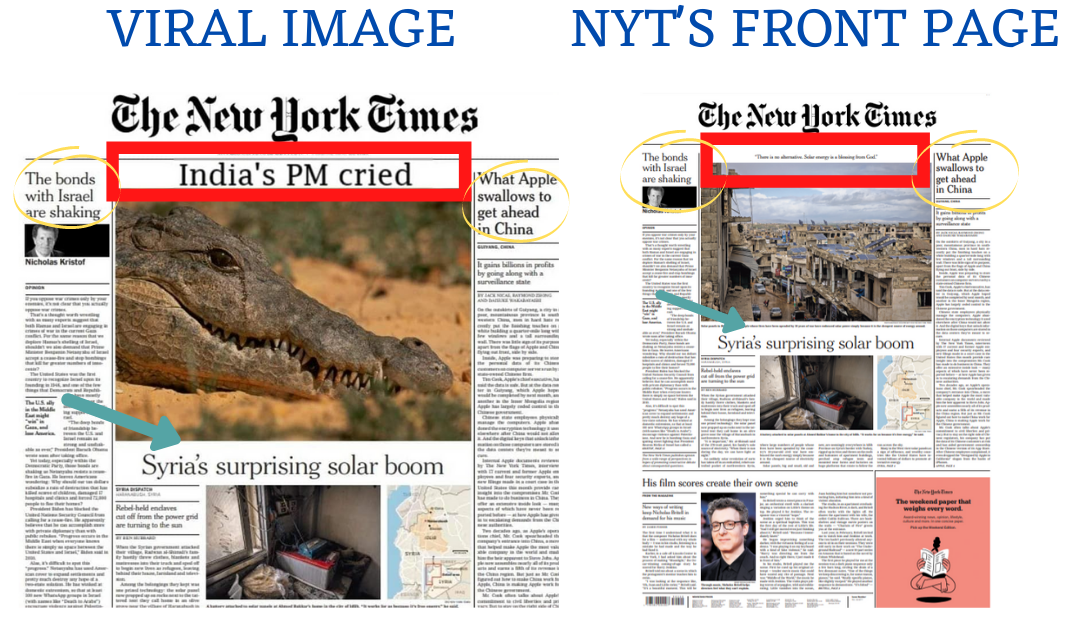 The text above the newspaper’s lead image mentions: “There is no alternative. Solar energy is a blessing from God.”

The photo caption along with the lead image in the official edition reads: “Solar panels in Binnish, Syria. People whose lives have been upended by 10 years of war have embraced solar power simply because it is the cheapest source of energy around.”

However, it can be seen that the other stories mentioned in the viral image are same as NYT’s official international edition.

Further, we found the Twitter account ‘The Daily New York Times’ that identifies itself as a parody handle that had tweeted the viral image and later mentioned that it’s a piece of satire. 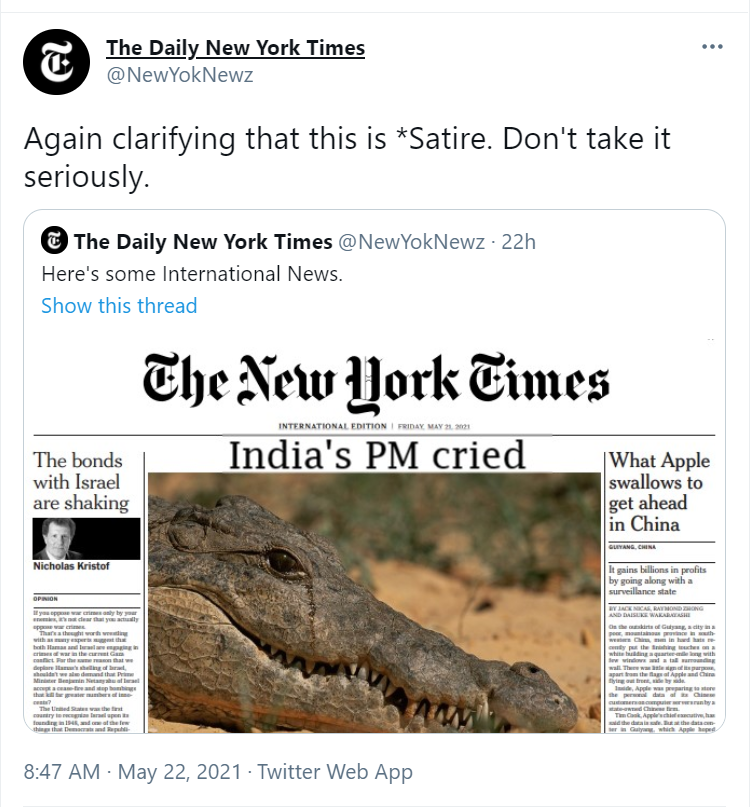 Evidently, a morphed image of The New York Times’ international edition was used to claim that the newspaper used a crocodile’s photo to say that PM Modi cried.