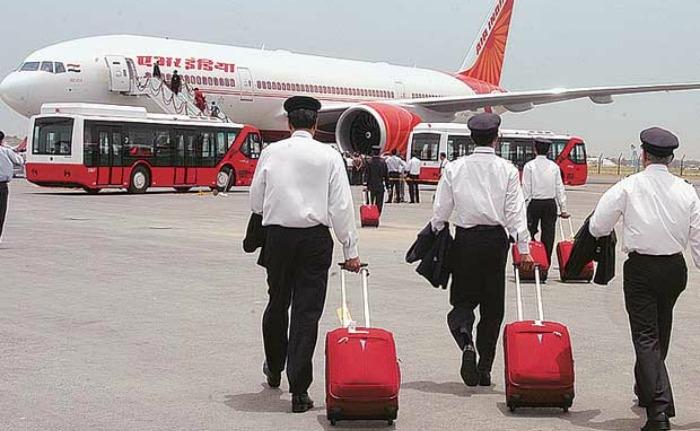 The coronavirus pandemic has reduced domestic passenger traffic across the country to a decadal low, despite the fact that daily flights from Mumbai are currently at levels seen during the first wave in May and June 2020. Domestic traffic was 53.4 million passengers in the fiscal year ending March 2021, the lowest since 2010-11, when domestic air operators flew 53.8 million passengers on national routes.

After all flights were halted in March at the start of the pandemic, and domestic flights were only allowed to resume after two months, the industry was showing signs of recovery, with airlines reporting 60-70 percent seat occupancy by the end of 2020. However, data from the Directorate General of Civil Aviation (DGCA) show that domestic traffic increased by only 1% in February 2021.

Part of the reason for the low numbers is the ongoing international flight ban, which began in March of last year and was recently extended until May 31. However, cargo and DGCA-approved flights began to take off in April 2020.

Nonetheless, due to the lack of regular international flights, international traffic has dropped by more than 90%. Although India has bilateral air bubble agreements with 28 countries, some countries, such as Hong Kong and Australia, have recently announced restrictions on flights to India due to an increase in cases reported from here.

With an increase in infections, several employees expect the companies to take additional cost-cutting measures, such as reducing manpower, in order to survive the crisis.

SpiceJet Ltd has cut up to 50% of all employees’ salaries for April, citing the upheaval caused by the pandemic. Employees at the low-cost carrier have created an online petition against the company’s management, claiming that despite putting their lives on the line to do their duties, they are underpaid, with some full-time employees receiving only a quarter of their pay.

This comes after Air India Ltd pilots told the airline’s management on Tuesday that unless the business sets up vaccination camps for its flight crews across India, they will quit working.

Many crew members of Air India have been diagnosed with coronavirus, are struggling to get oxygen cylinders, and are left to fend for themselves for hospitalization, the Indian Commercial Pilots Association (ICPA), said in a letter to the national carrier’s director (operations), Captain R.S. Sandhu.

Air India later announced that it will vaccinate all its employees by May-end.

Meanwhile, many Air India employees are facing an unclear future as a result of the government’s announced proposal to privatise the airline this fiscal year. Last year, the airline decreased flying allowances, which account for a substantial portion of pilot earnings, resulting in a 55-58 percent pay drop for the carrier’s pilots. After much protesting, the management promised to reinstate 5% of the cut, which the pilots refused.

Loss Of Business In International Airlines

In a year when the airline and travel industry were pulverised by the COVID-19 pandemic, Singapore Airlines (SIA), co-owner of India’s Vistara airlines with Tata Sons, reported a record full-year net loss of SGD 4.27 billion (USD 3.21 billion).

Net loss was SGD 4.27 billion against a loss of SGD 212 million in FY 2019-20. With airlines grounding their fleets around the world early last year due to the fast-spreading COVID-19 contagion, this is the first full operating year for SIA where the debilitating effects of the coronavirus on air travel was felt in its entirety.

With no domestic market, and with restrictions on international travel still very much in place, passenger travel plunged by 98 per cent compared with the previous reporting period.

As a result of the Covid-19 epidemic, Ryanair has reported a full-year loss of €815 million for the financial year 2020.

The deficit is the lowest ever posted by the low-cost carrier, and it compared to a profit of €1 billion the previous year.

The Irish airline carried just 27.5 million passengers last year, down 81 per cent from the 149 million in financial 2019.

On 23 November 2020, Qantas announced that the company will ask for proof of COVID-19 vaccination from international travelers. According to Alan Joyce, the firm’s CEO, a coronavirus vaccine would become a “necessity” when travelling,

“We are looking at changing our terms and conditions to say for international travellers, we will ask people to have a vaccination before they can get on the aircraft.”

Australian Prime Minister Scott Morrison subsequently announced that all international travellers who fly to Australia without proof of a COVID-19 vaccination will be required to quarantine at their own expense.

Victoria Premier Daniel Andrews and the CEOs of Melbourne Airport, Brisbane Airport and Flight Centre all supported the Morrison government’s “no jab, no fly” policy, with only Sydney Airport’s CEO suggesting advanced testing might also be sufficient to eliminate quarantine in the future.

Korean Air and Air New Zealand were seriously considering mandatory vaccination as well, but would negotiate it with their respective governments.

KLM CEO Pieter Elbers responded on 24 November that KLM does not yet have any plans for mandatory vaccination on its flights.