Home Coronavirus Fact Check Fact Check: Ratan Tata Did NOT Make Any Statement About Donating His... 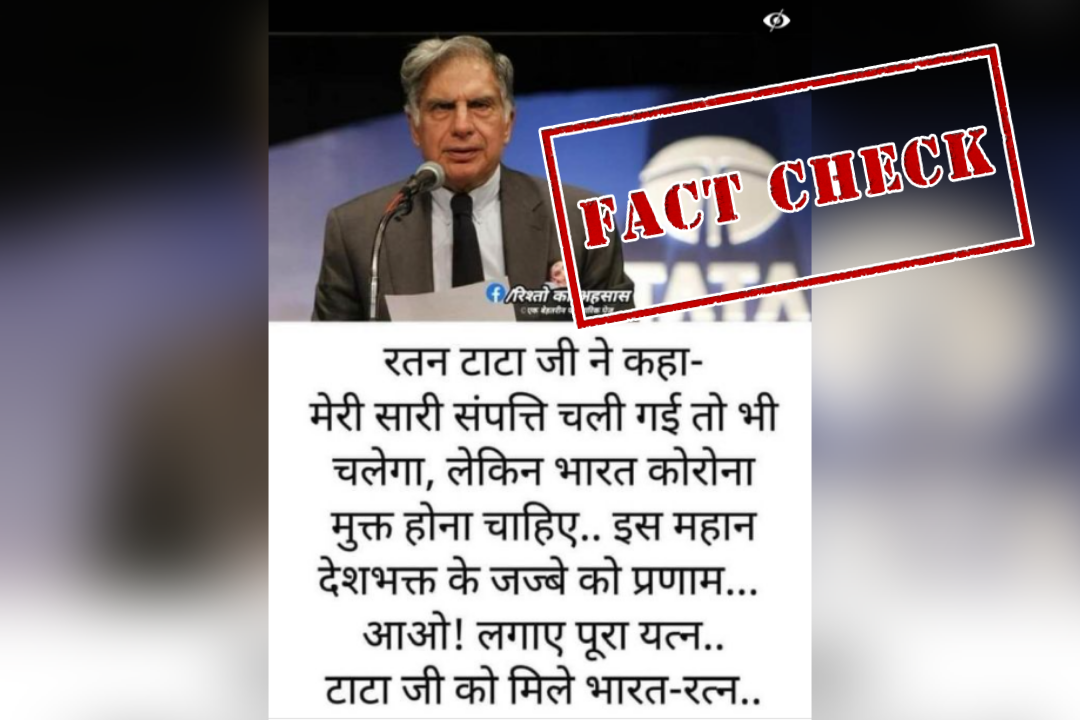 A post claiming industrialist Ratan Tata had recently made a statement that ‘he is willing to spend his entire wealth to make India a Coronavirus free country’ is being widely shared on social media. 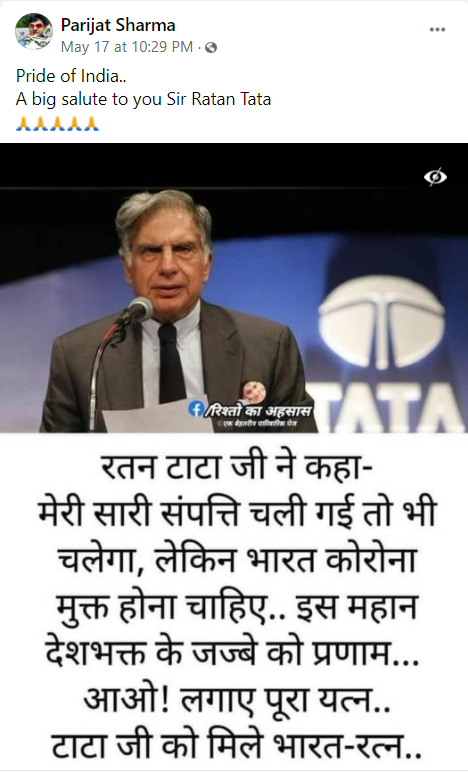 Here’s the link to the above post.  Check similar posts here, and here. 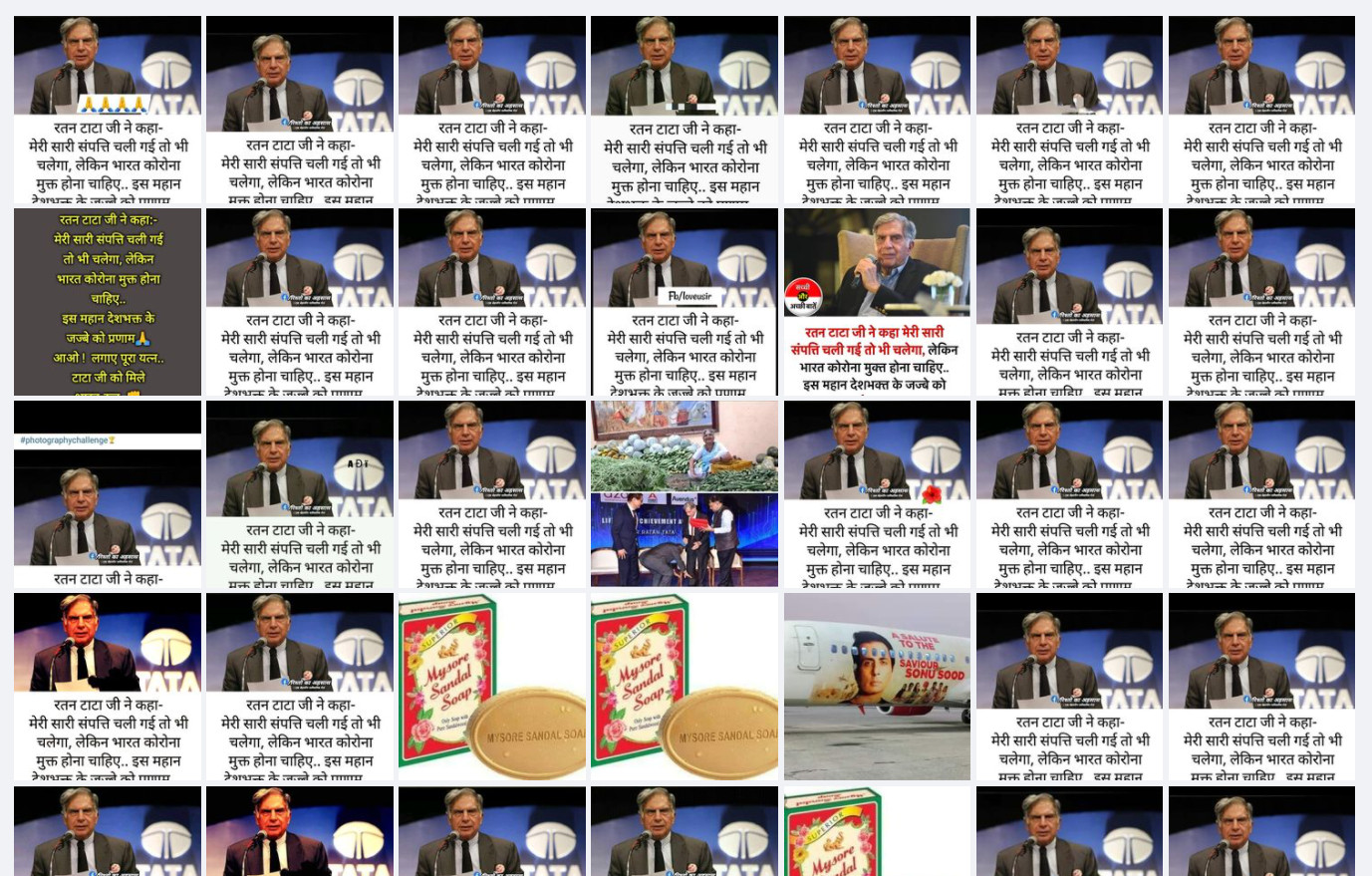 Starting with our investigation, we checked the social media handles of Ratan Tata but could not find any such statement.

If Ratan Tata had made such a statement, several mainstream media outlets would have published articles reporting the same. But, we could not find a single news article reporting this alleged statement of his. 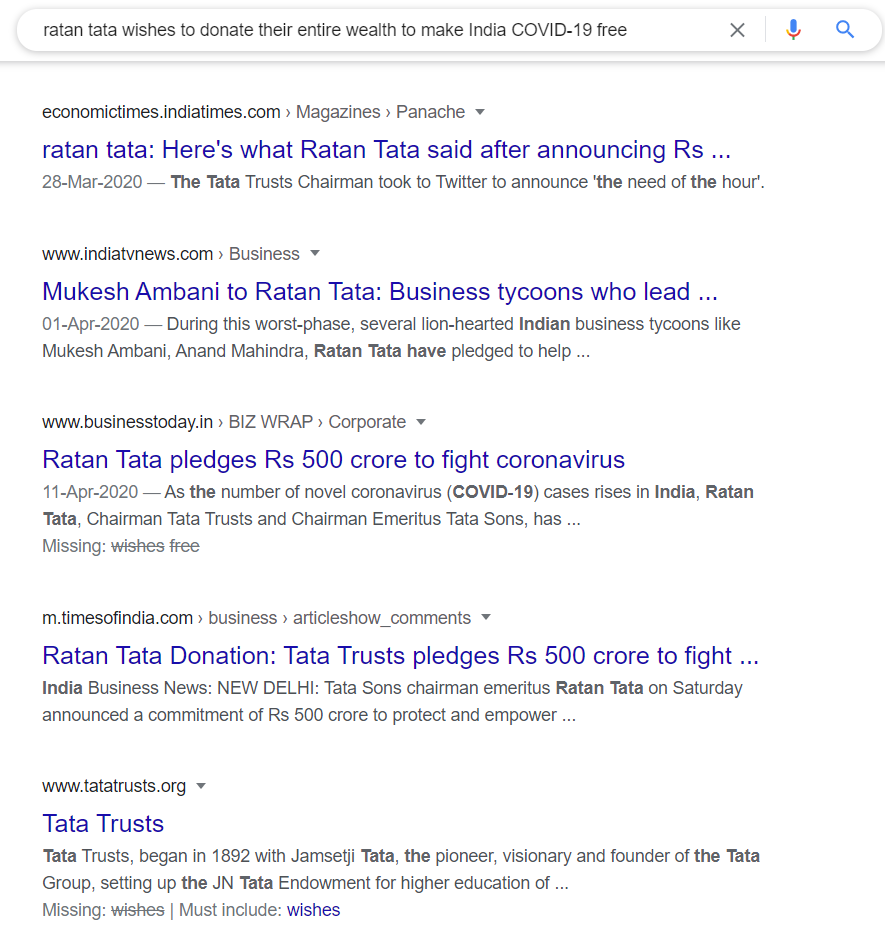 In March 2020, Ratan Tata announced that Tata Trusts has pledged to donate Rs 1500 crores to Government of India to fight against the COVID-19.

Recently, Tata Group had announced that they would help the government’s efforts to increase the production and supply of medical oxygen in the country. However, neither Ratan Tata nor The Tata Group had made the statement as is being shared in the viral post. 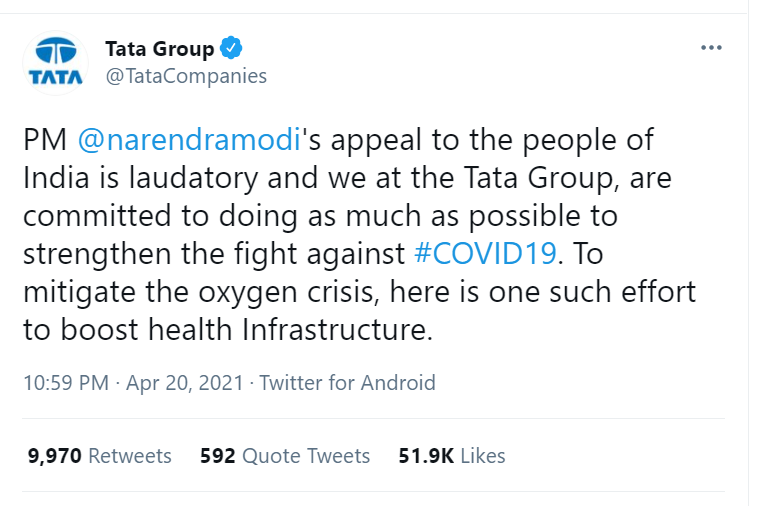 Earlier, NewsMobile has debunked similar fake messages that had been attributed to Ratan Tata on social media. The article links can be seen here and here.

‘Don’t worry about profit or loss, 2020 is the year to survive.’ Did Ratan Tata say this? Here’s a Fact Check

Thus, it is evident from the above information that Ratan Tata hasn’t made any statement about spending his entire wealth to make India a Coronavirus-free country. Thus the viral claim is FAKE.