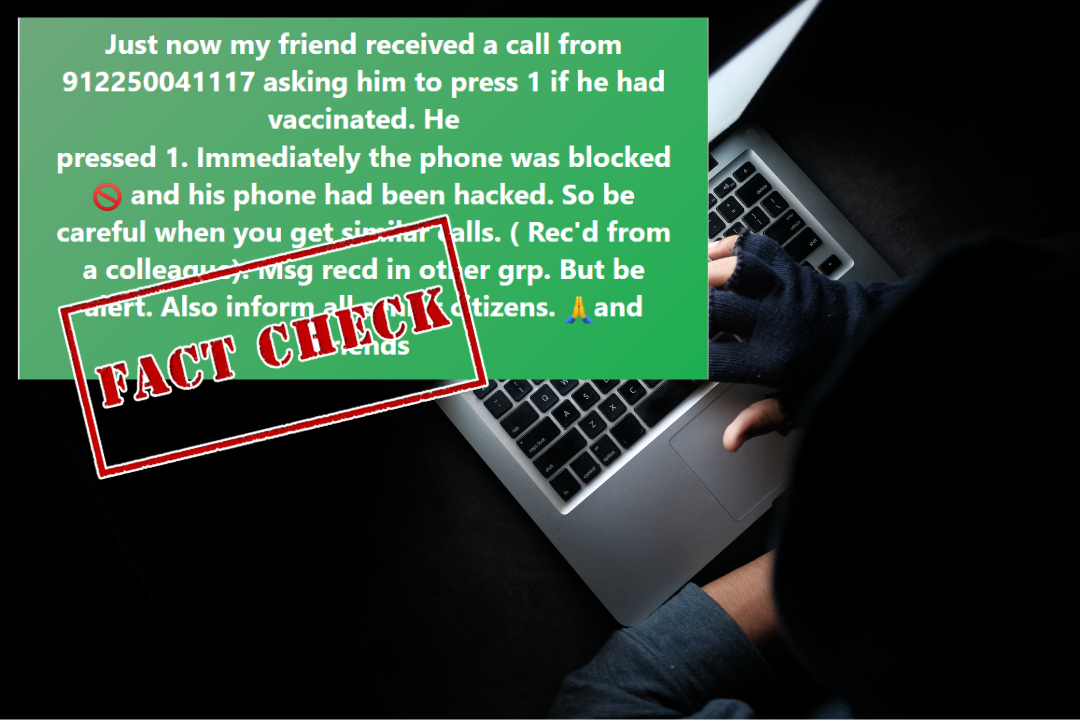 A post has gone viral on social media with a claim that people who have received the coronavirus vaccine are getting a call from the number ‘912250041117’ and if a person picks up the call and presses 1 immediately phone will be blocked and number will be hacked.

The post is shared on Facebook with the text that reads, “Just now my friend received a call from 912250041117 asking him to press 1 if he had vaccinated. He pressed 1. Immediately the phone was blocked and his phone had been hacked. So be careful when you get similar calls. ( Rec’d from a colleague). Msg recd in other grp. But be alert. Also inform all senior citizens and friends.” 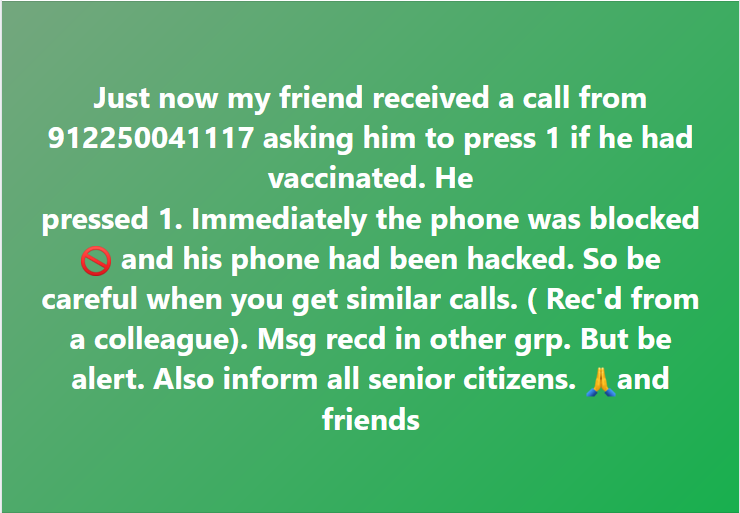 Starting with our investigation, we searched the web for any relevant media report but could not find any corroborating the viral claim. 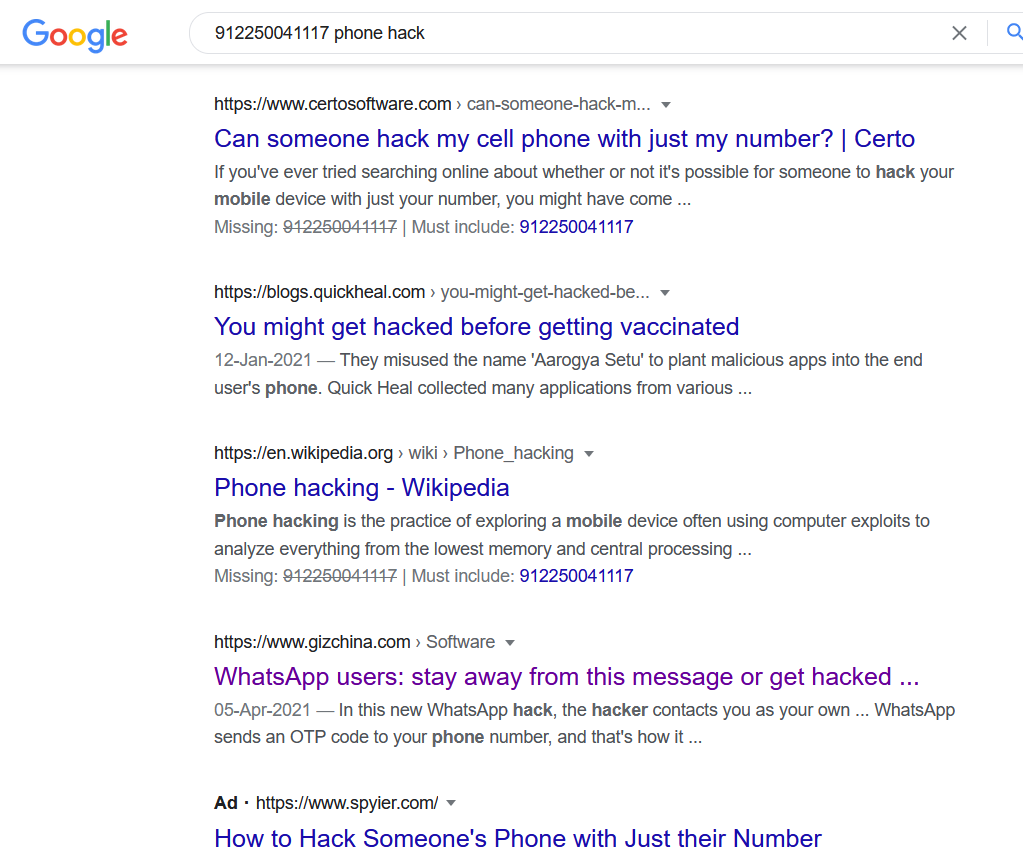 We also came across a tweet from the official Twitter Handle of DCP Cybercrime, in which they have refuted the viral claim.

The tweet states, “A message is circulating on WhatsApp about a call from ‘912250041117’, which says answering calls from that number could result in the phone getting hacked. This is a #Hoax. No such number exists. Don’t get panicked by such fake news. ” They termed the viral claim as a hoax. 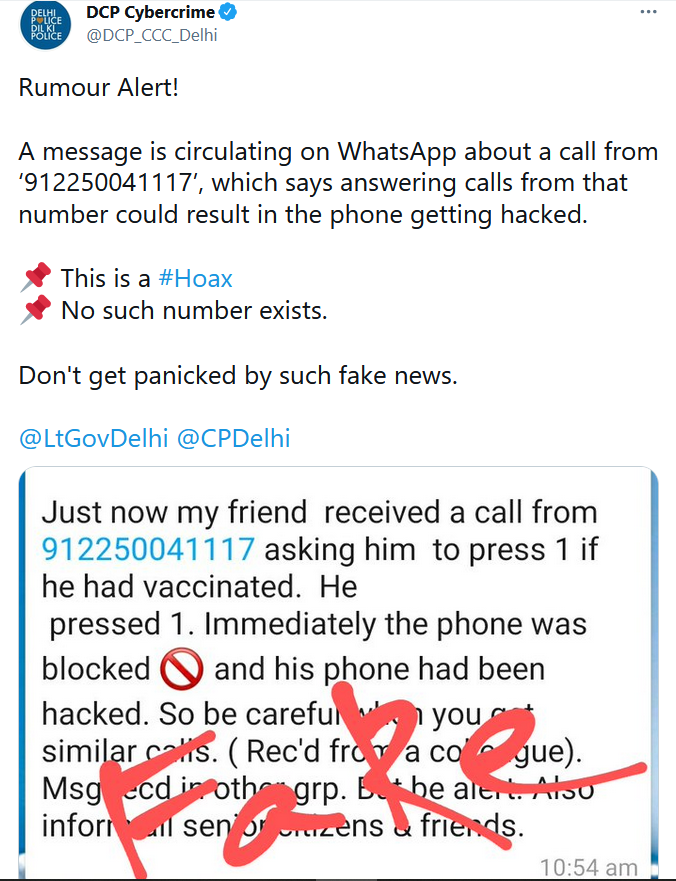 Further, we also found a tweet by Telangana State Police dated April 28, 2021. The tweet mentioned that the message is a hoax. 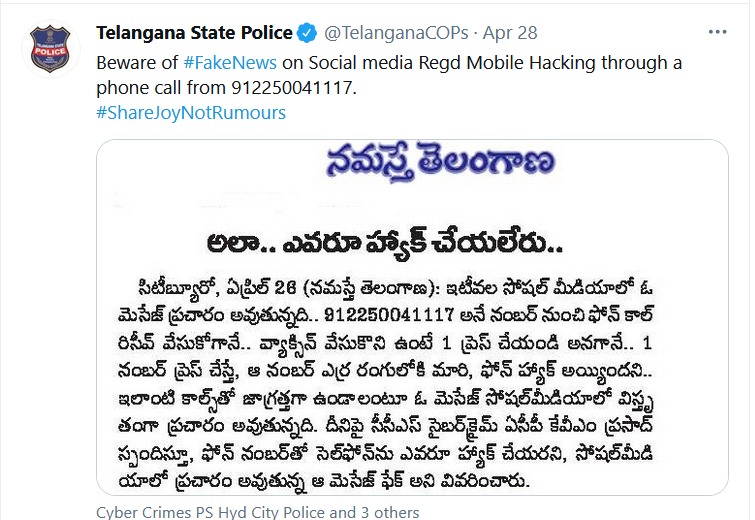 It stated that Cyber ​​Crime, Assistant Commissioner of Police, KVM Prasad clarified that the message being spread on social media and the phone number are fake.

From all the above information, it can be concluded that this message is a hoax.