In the backdrop of recent reports of dead bodies found floating on the Ganga in Bihar and Uttar Pradesh, a disturbing image has surfaced on social media platforms showing a dog gnawing at a body lying on the river bank.

The caption of the post insinuated that the image is recent and related to the instances of bodies floating on the river during COVID-19 pandemic.

A Facebook user shared the image with a caption in Hindi that can be roughly translated to, “Modi Ji can see the waste on sea beach but he cannot see the dead bodies in Ganga”. 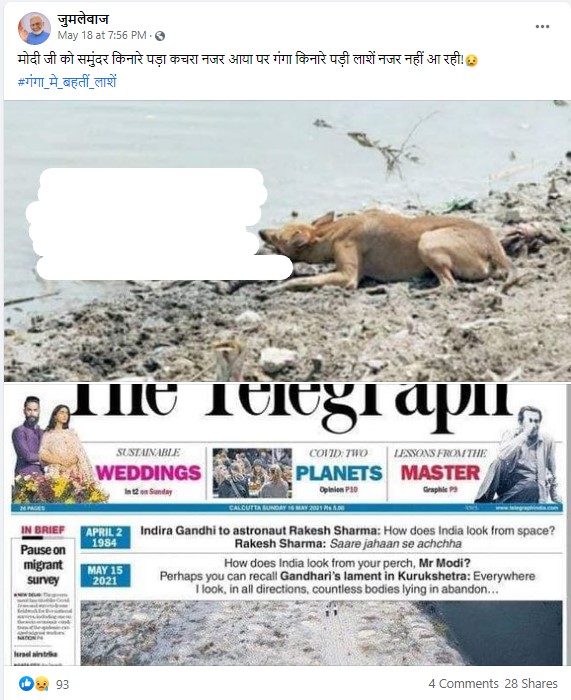 NewsMobile fact-checked the above post and found it to have been shared with a false claim.

With the help of reverse image search, we found this image on the Getty Images‘ website

The caption of the picture uploaded on April 19, 2012, read,” An unidentified dead body in Varanasi, in the northern Indian state of Uttar Pradesh, India, Apr. 19, 2012. Hindus believe that a person attains salvation when cremated on the banks of the River Ganges in Varanasi. Varanasi is among the world’s oldest continuously inhabited cities, and millions of Hindu pilgrims gather annually here for ritual bathing and prayers on the banks of the Ganges. (Photo by Debajyoti Das/NurPhoto via Getty Images)” 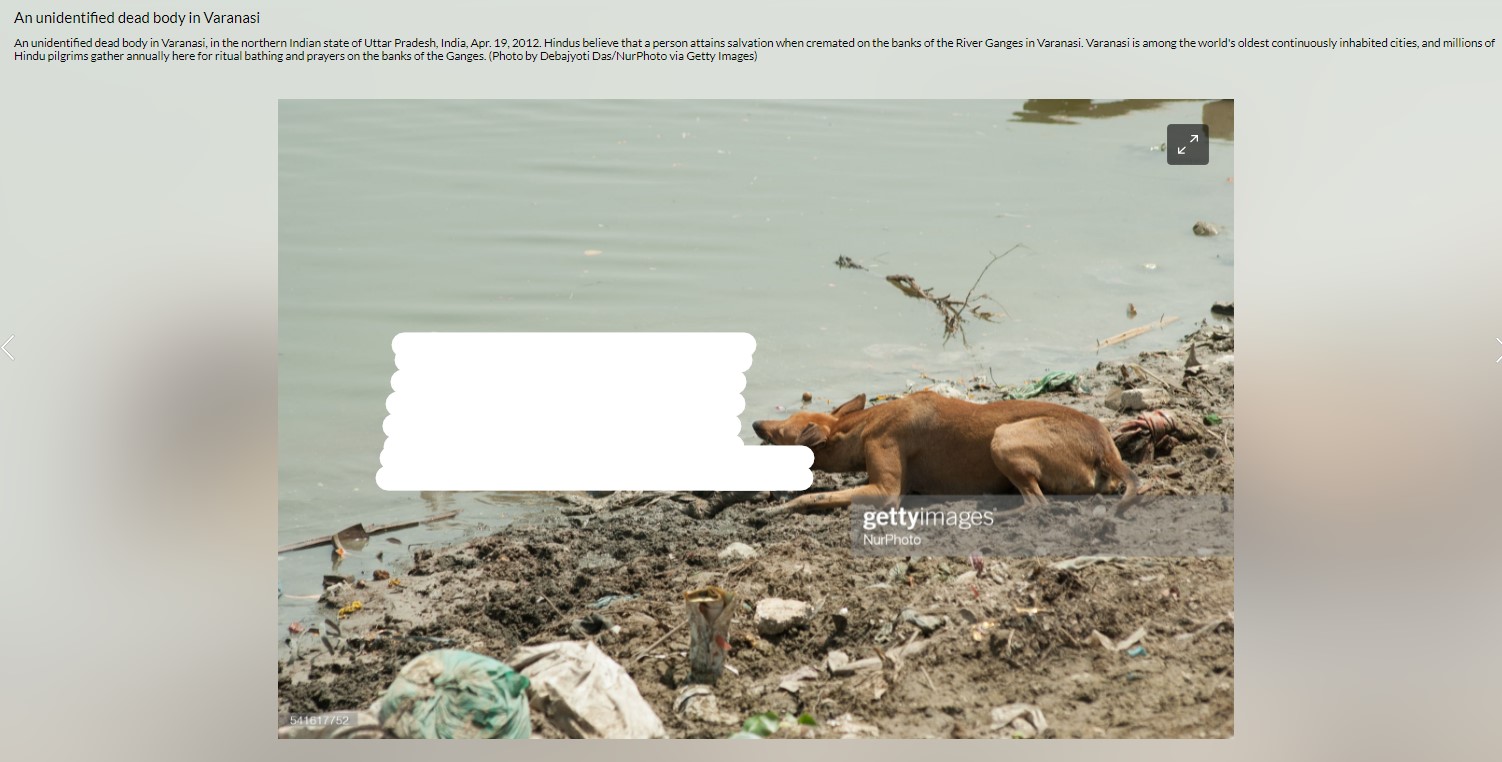 Clearly, the viral image is over nine years old and nowhere connected to the ongoing pandemic.

We also scanned media reports for any corroboration of the claim being made in the viral post but couldn’t find any.

Recently, NewsMobile debunked a similar post where a picture from 2008 was falsely linked to the ongoing second wave of the pandemic.

Therefore, we can conclude that an old image from Varanasi dating back to 2012 is being falsely linked to the ongoing COVID-19 pandemic.