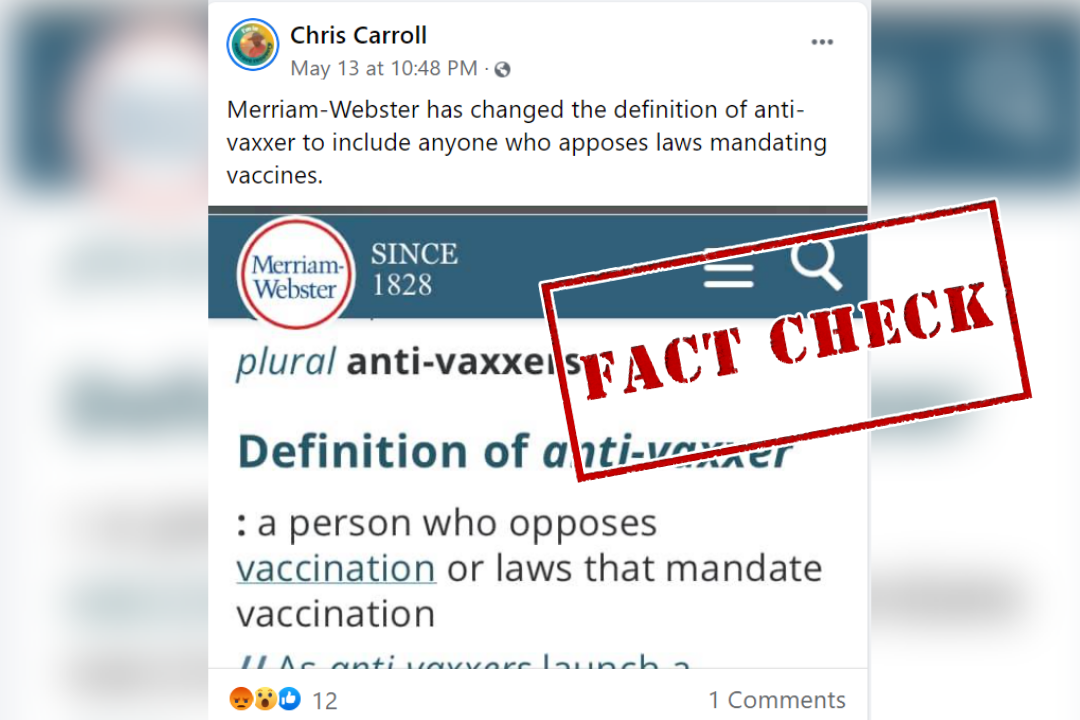 A post has gone viral on social media claiming that amid the COVID-19 crisis, Merriam-Webster changed the definition of ‘Anti-Vaxxer’ and updated it to people who oppose laws that mandate vaccination.

The post is being shared on Facebook with a caption that reads, “Merriam-Webster has changed the definition of anti-vaxxer to include anyone who opposes laws mandating vaccines.” 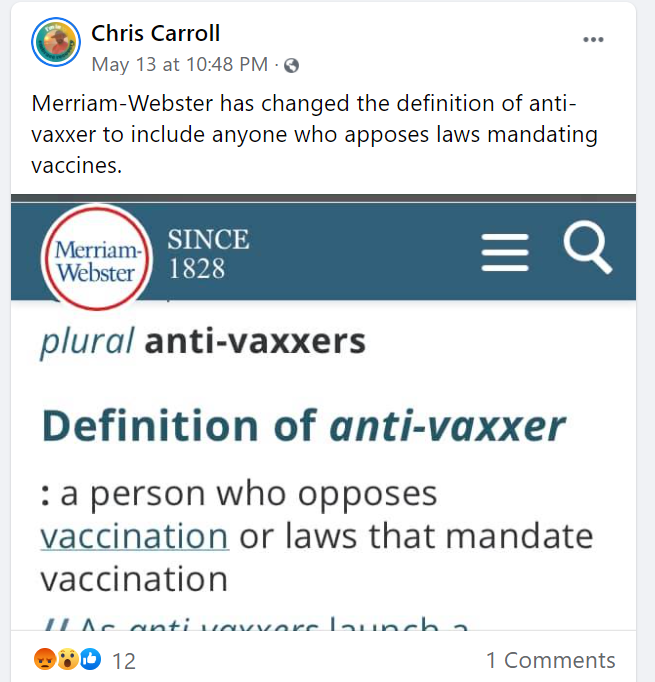 First, we searched the web to look for media reports regarding the viral claim. But, we could not find any news corroborating the claim.

Digging further, we found that Peter Sokolowski (lexicographer) at Merriam-Webster also retweeted one article in which he himself quoted that Merriam-Webster has not changed the dictionary definition of “anti-vaxxer” since it was entered in 2018. 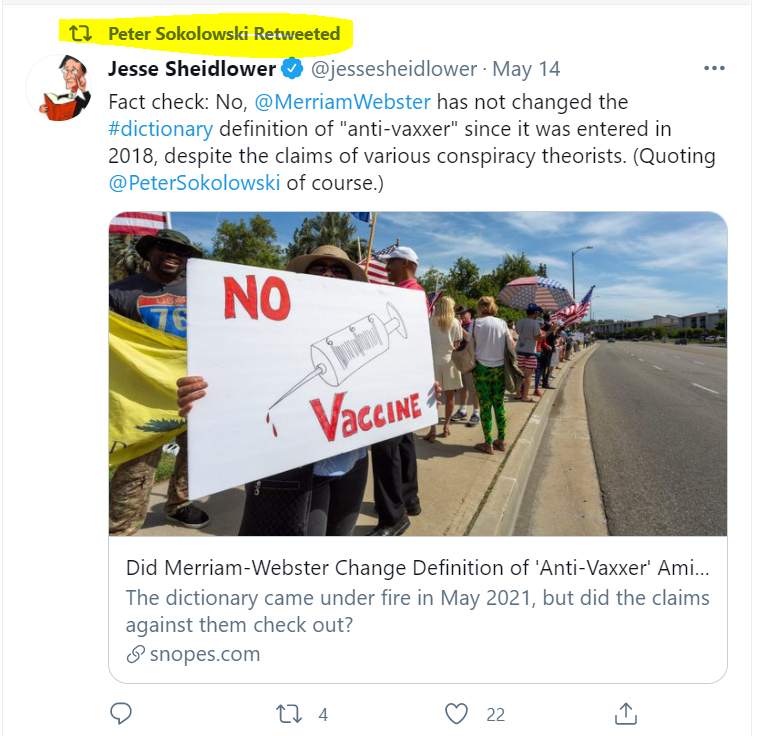 Talking to a fact-checking website Snopes, Peter Sokolowski confirmed that the word was first added to the online dictionary in February 2018, and the wording of its definition has never been changed.

Thus, it is evident from the above information that posts claiming Merriam-Webster changed the definition of anti-vaxxer amid COVDI-19 are misleading.