As Cyclone Tauktae intensified over the western coast of India, several visuals have emerged showing the trail of destruction it left behind. Amid this, a video has surfaced on social media platforms showing visuals of huge waves with the claim that the video is from Gujarat’s Somnath beach.

A Twitter user shared the image with the caption, “And it has started! #TauktaeCyclone #Gujarat.” 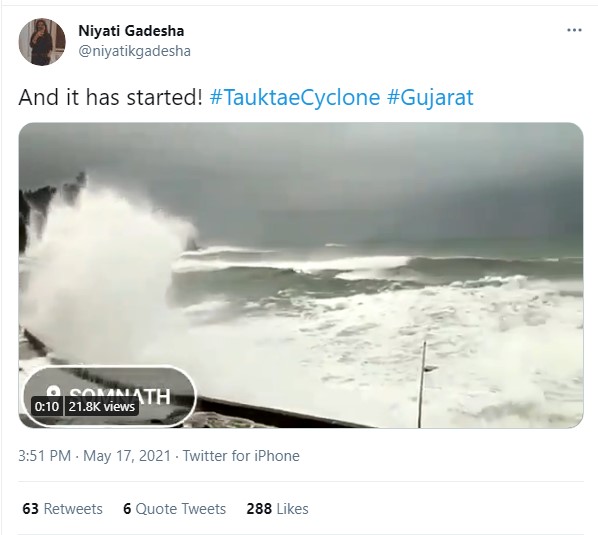 Posts carrying the same visuals can be found here, here, and here.

NewsMobile fact-checked the above viral video and found out that it is being shared with a false claim.

With the help of Reverse Image Search and using the keyframes of the video, we found a longer version of the video uploaded on a YouTube channel on January 10, 2021. The viral clip can be found 1.45-minute mark in the video.

As per the description of the video, the video is from North of Spain.

Taking a hint from this, and performing a relevant keyword search we found similar visuals on YouTube and Facebook claiming that videos are from Spain’s San Sabastian, which is known for “astonishing sea waves hitting the promenade”.

We further tried to geo-locate the area on Google Earth and the exact location of this video came up as the Paseo Nuevo area of San Sabastian.

Below is a comparison between the physical features of Paseo Nuevo’s photo available on Google Maps and a screenshot from the viral video.

One can clearly notice the same corner of the promenade on the left side, a mountain from a distance, and a boundary on the right side in both the images. 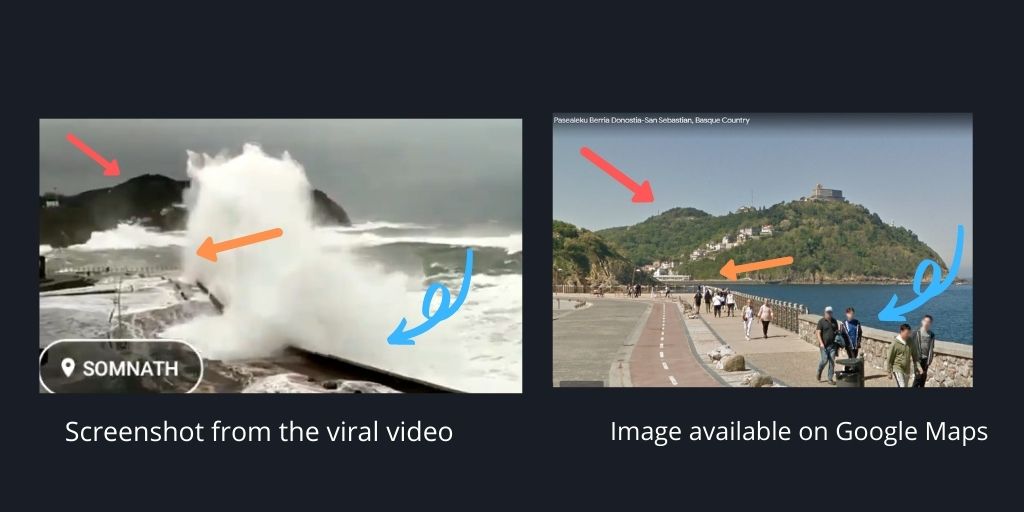 Therefore, it can be concluded that an old video from Spain showing visuals of high tides at the Paseo Nuevo area of San Sabastian is being shared with a false claim and being linked to the impact of Cyclone Tauktae in Gujarat.