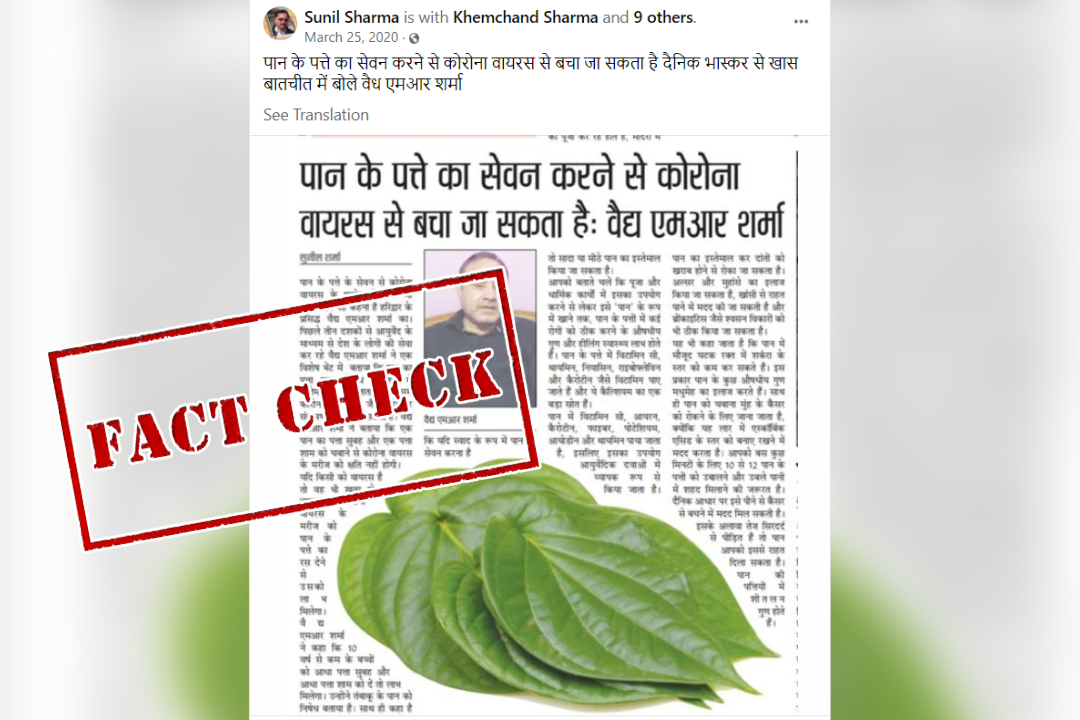 (Translation: Coronavirus can be prevented by consuming betel leaf, legitimate MR Sharma said in a special conversation with Dainik Bhaskar) 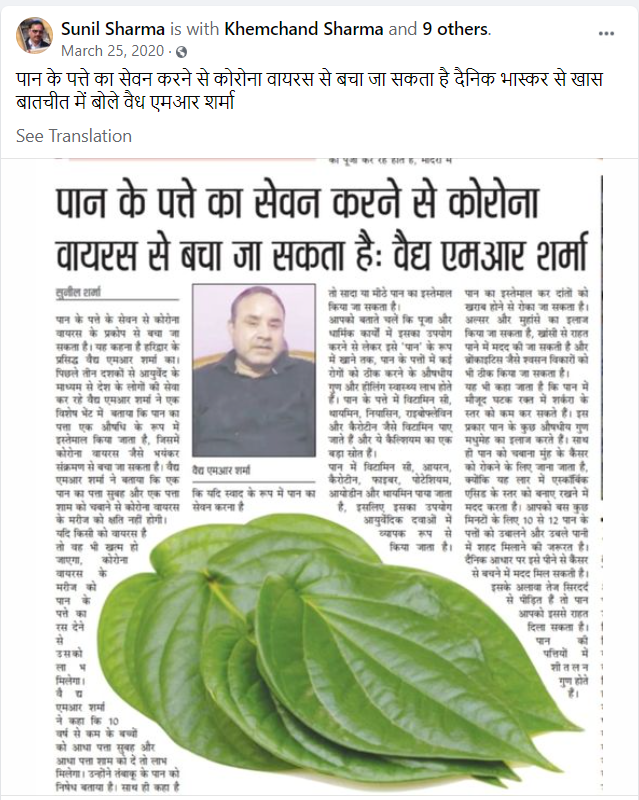 According to many reports, betel leaves have many health benefits and can be used as an antiseptic as well. Betel leaves are also known to build immunity to some extent. However, there is no scientific evidence to prove that betel leaves can cure COVID-19 or prevent one from contracting the viral infection.

Searching further around this claim, we found a Facebook post by WHO, in which they also stated that boiled betel leaf does not cure COVID-19. 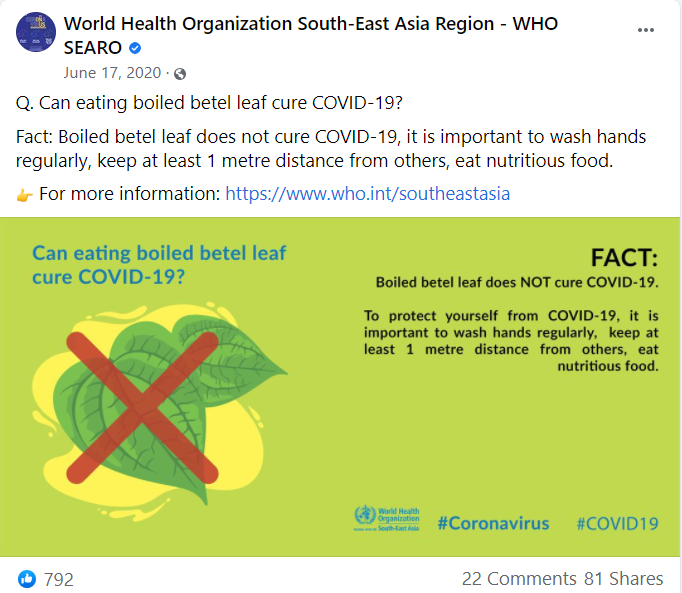 We also came across a tweet by Press Information Bureau, government’s nodal information agency, in which they also refuted the viral claim.

The tweet states, “In fake news, it is being claimed that the consumption of betel leaf can prevent the coronavirus and the infected person can also be cured.” They termed the viral claim as fake news. 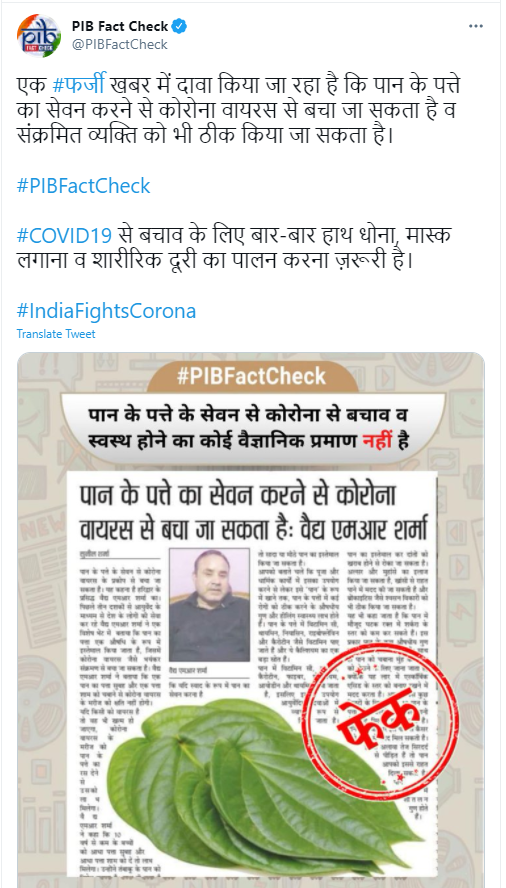 Thus, it is evident from the above information that posts claiming betel leaves to be a cure for COVID-19 are FAKE.