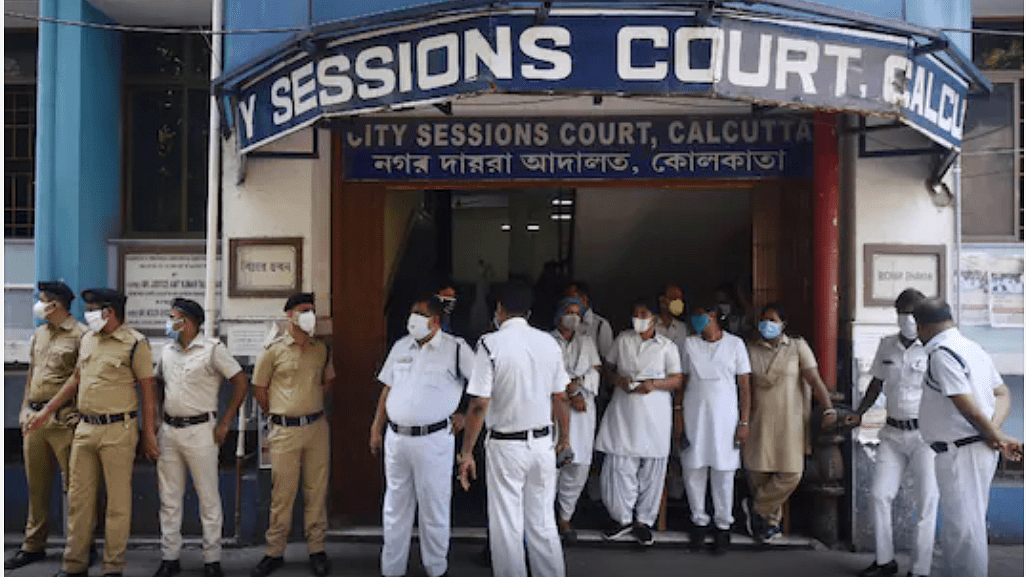 In the ongoing investigation in the West Bengal’s Narada scam, Trinamool Congress Ministers Firhad Hakim, Subrata Mukherjee, MLA Madan Mitra and Former Mayor of Kolkata Sovan Chatterjee were taken to Presidency Jail. As per sources, “Four leaders had been granted the bail from the special CBI court. But later on, CBI moved to the high court citing that the investigation could not be carried on because they are influential.”

While briefly speaking to ANI after leaving from the office, TMC leader Madan Mitra said, “The Central government, mainly both the leaders can’t accept the recent poll verdict of the people of Bengal. The ball has started rolling…”

Speaking in this matter, Firhad Hakim’s daughter, Shabba Hakim told ANI, “It’s a conspiracy by PM Modi and Amit Shah as they could not win Bengal democratically. Now they want to win it by arresting the most popular leaders and creating conspiracies to pave the way for a presidential rule.”

“The bail was granted but for four hours they were illegally detained and somehow CBI knew that the bail will be cancelled. Our lawyers didn’t even appear before the High Court and bail got cancelled”, she said.
Earlier, a team of doctors arrived at the Central Bureau of Investigation (CBI)’s office for a medical check-up of four TMC leaders who were arrested, in connection with Narada Scam.

On Monday evening, following the commotion revolving around the Narada scam, several TMC protesters pelted stones on security forces in West Bengal outside the CBI office. West Bengal Chief Minister Mamata Banerjee took cognizance of the matter and addressed the reporters by saying, “Court will give the decision”, as she left from the CBI office.

TMC Ministers Firhad Hakim, Subrata Mukherjee, MLA Madan Mitra and Former Mayor Sovan Chatterjee were brought to the CBI office in connection with Narada Scam. As they were brought in the morning to the office, Advocate Anindo Raut addressed the media and had said, “I have heard CM Mamata Banerjee telling the officials that there is no rule that without the speaker’s and State government’s permission one can arrest state officials. You have to arrest me (Mamata) if you arrest my officials.”

Launching a scathing attack at the West Bengal Governor Jagdeep Dhankhar over the arrest of state ministers and a senior party MLA by CBI on Monday, Trinamool Congress (TMC) MP Kalyan Banerjee said the Governor is a “bloodsucker and roaming around like a mad dog”.

“Governor has vindictively done this without consultation of the state government. Governor has become a bloodsucker. He is now trying to secure a ticket before the 2024 elections from the BJP. Because of this he is doing whatever he pleases against TMC. That Governor is whimsical, and a bloodsucker. He should not stay here for even a minute. He is roaming around here like a mad dog,” Kalyan Banerjee told mediapersons.

The Narada sting operation was conducted by Narada news founder Mathew Samuel for over two years in West Bengal. Conducted allegedly in 2014 for the news magazine Tehelka, it was published on a private news website Narada News months before the 2016 West Bengal Assembly elections. The case is related to a sting operation, commonly known as Narada Sting Operation, in which these former public servants were caught on camera while receiving illegal gratification from the Sting Operator, Samuel.