In this backdrop, a video of a concrete slab falling over some parked cars started doing rounds on social media with a claim that it was recorded recently outside the Trident Hotel in Mumbai. 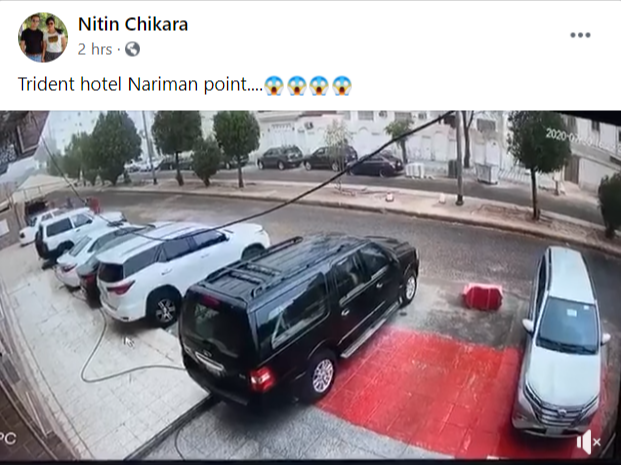 While looking for similar posts on social media, we found a tweet by AIR News Mumbai, आकाशवाणी मुंबई, dated May 17, 2021.

The tweet features a video of the area outside the Trident Hotel in Mumbai with the caption, “#FactCheck: No incident of tree/structure fall on vehicles is reported near #Trident hotel in #Mumbai. Video circulating on social media is false. Our correspondent reports that, incident was reported at some other place.”

#FactCheck : No incident of tree/structure fall on vehicles is reported near #Trident hotel in #Mumbai. Video circulating on social media is false. Our correspondent reports that, incident was reported at some other place. @MumbaiPolice@mybmc
#cyclonetaukate @AUThackeray pic.twitter.com/Jg52IuD0Aj

From the tweet, it was clear that no such incident was reported from near the Trident Hotel. We then proceeded to verify the origin of the viral video.

While examining the video, we noticed a date stamp on the top right corner of the video. The date mentioned in the video was July 30, 2020. 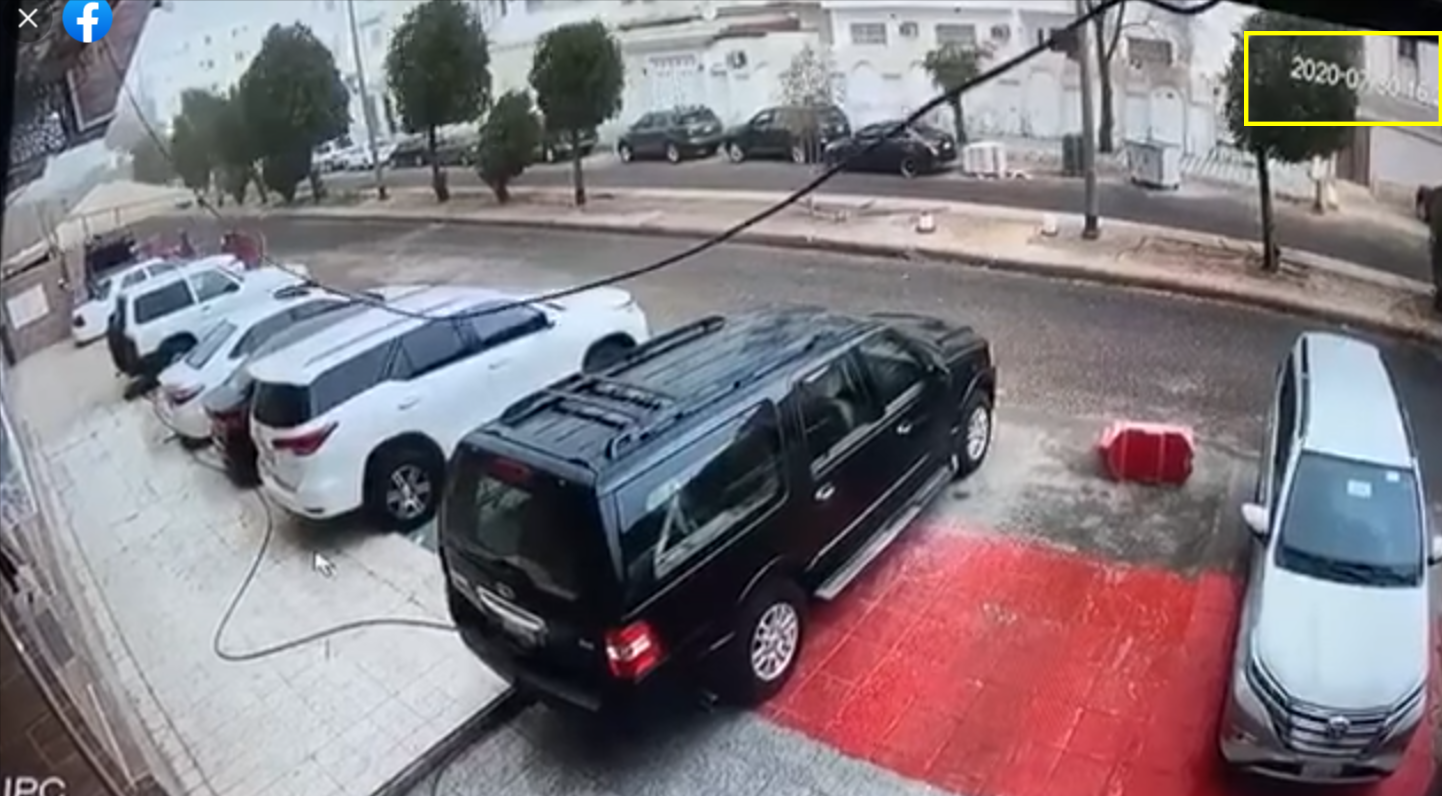 We ran a keyword search and found the same video uploaded on YouTube on August 2, 2020.

The title of the video can be roughly translated to, “Heavy rains bring down electricity poles and crash cars and planes in Medina.” 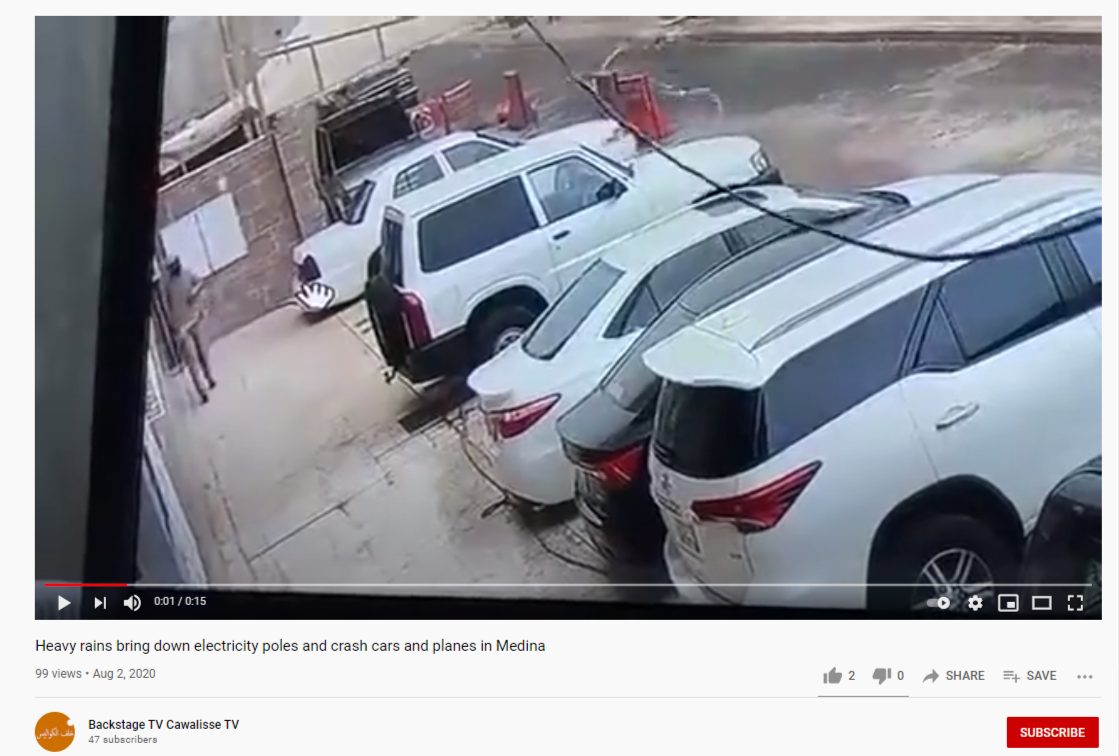 Based on this, we ran a keyword search and found multiple Arabic news reports on the same.

According to a report by RT Arabic, dated August 1, 2020, the video was captured by a surveillance camera in Medina, Saudi Arabia. The report also featured the same viral video. 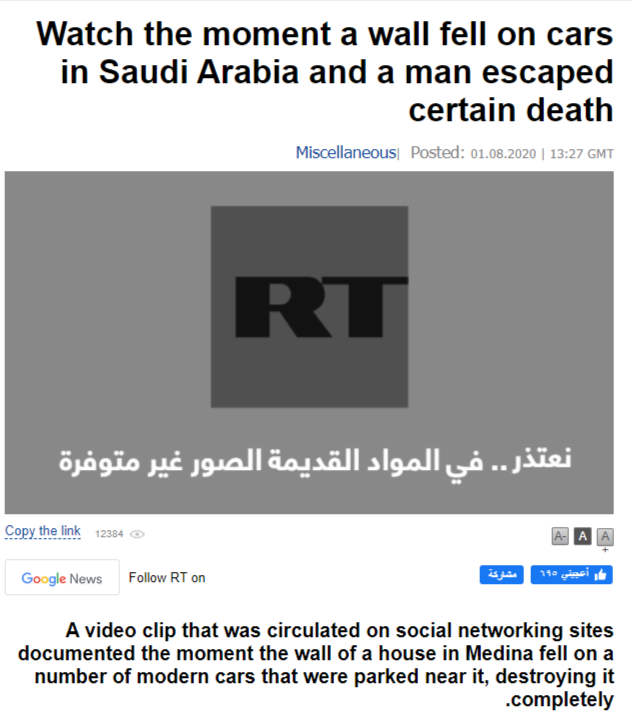 We also found the report in an Arabic News portal Albawabhnews.com, dated July 31, 2020. The report featured multiple pictures of the incident from different angles. 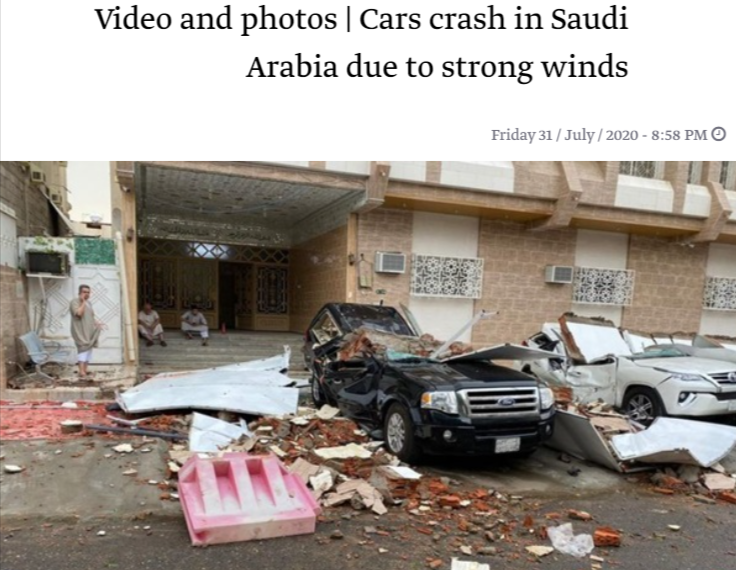 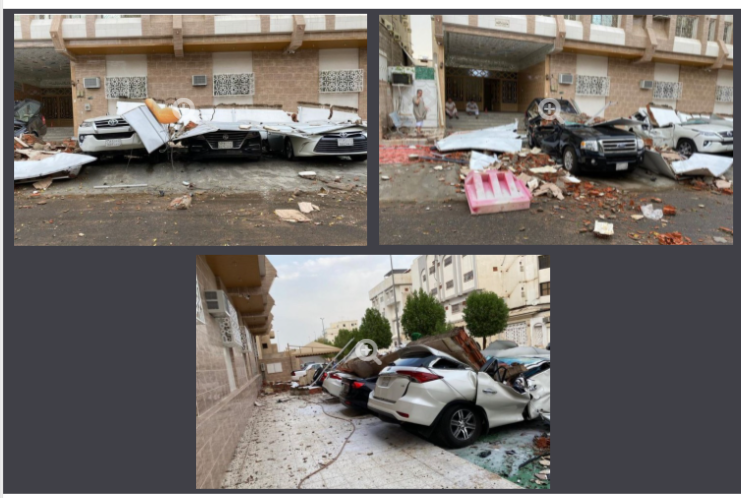 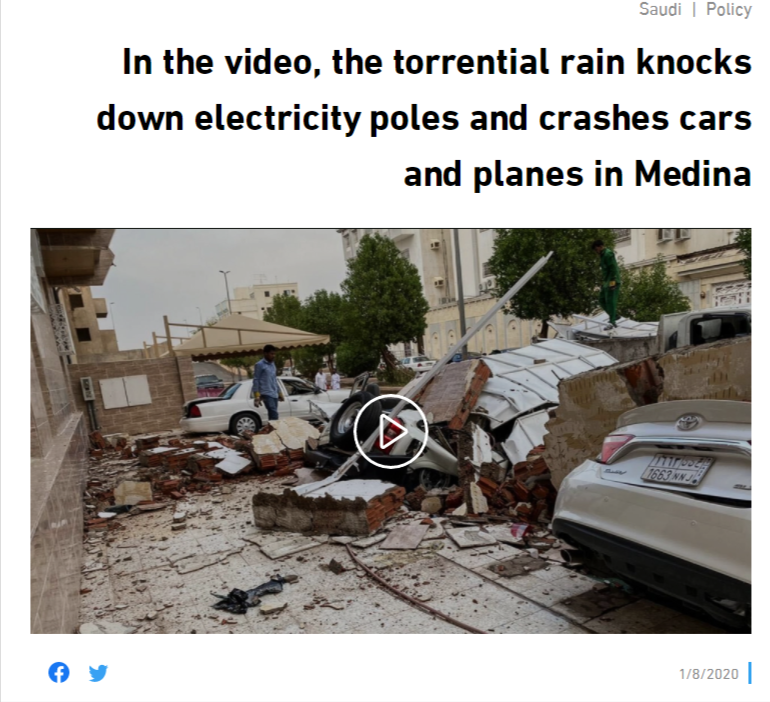 Other news reports from 2020 can be seen here and here.

Hence, from the above information, it is clear that the viral video is old and from Saudi Arabia and is not related to cyclone Tauktae.