Mamata Leaves CBI Office After Camping For Over Five Hrs To Protest Arrest Of Her Ministers, Guv Points To ‘Lawlessness’ | Newsmobile
Sunday, August 14, 2022 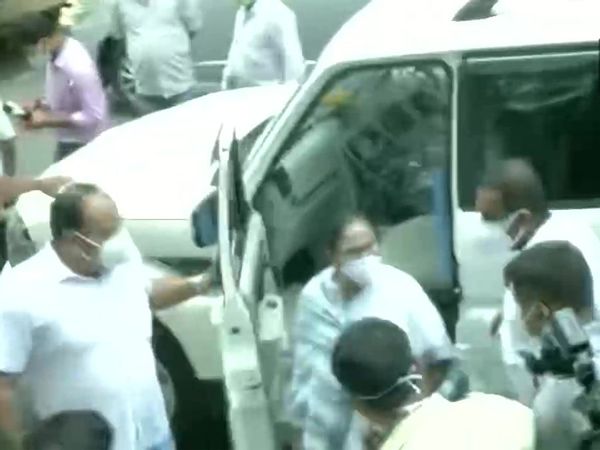 At about 10.45 in the morning, Chief Minister Mamata Banerjee arrived at Nizam Palace where CBI had brought two of her ministers earlier and arrested them in connection with the Narada corruption case.

The media was informed that the CM has started a sit-in protest in the CBI premises. The presence of the CM in the anti-corruption office to show solidarity with her colleagues is clearly indicative of the fact that the TMC will fight the case politically. Reportedly the CM has asked the CBI officers to arrest her too and has declared she will not leave the premises unless she was arrested.

Among those arrested in the early morning today are Firhad Hakim, the most important Muslim face of TMC and a minister, and Subrata Mukherjee, the senior-most minister in the Bengal cabinet. Both were called to CBI’s office at Nizam Palace, Kolkata, this morning and were arrested. Two former ministers Madan Mitra and Shovan Chattopadhyay too were arrested. All the arrests were made in connection with the Narada investigation. While Madan Mitra is a TMC MLA, Shovan is a former TMC MLA who later joined the BJP and then resigned from it too.

The early morning arrests have created a furor. West Bengal assembly speaker Biman Bandopadhyay has described the arrests as ‘illegal’ as the investigating agency had not sought permission from him to arrest these four, all of whom were MLAs during the time of commitment of the alleged crime. The CBI however has got the sanction from the governor of West Bengal. While the speaker has dubbed the permission granted by the governor as ‘illegal’ too, the CBI sources claim they have acted according to law.

All the four leaders were taken from their homes in the early morning. A large number of people gathered outside Hakim and Madan Mitra’s residences as the CBI officers arrived there with CRPF jawans, and started protesting the arrest. All the four were brought to Nizam Palace to sign the arrest memo. They would be produced in the CBI court later in the day under the Prevention of Corruption Act. The CBI is to issue charge sheets against these four and a suspended IPS officer H M S Mirza who has been arrested earlier.

The Narada operation was a sting operation performed in 2014 by Mathew Samuel. It targeted quite a few important TMC leaders and high-ranking police officers. The sting showed many of them accepting bribes in exchange for promising to provide illegal favours. The TMC has questioned why only four of the 13 accused are being charge-sheeted. Among those who have not been proceeded against are Mukul Roy and Suvendu Adhikari, both TMC-turned-BJP leaders.

Message @MamataOfficial “Total lawlessness & anarchy. Police and administration in silence mode. Hope you realize repercussions of such lawlessness and failure of constitutional mechanism.
Time to reflect and contain this explosive situation that is worsening minute by minute.”

He further stated that the police and administration are silent and hoped that the chief minister realised the repercussions of ‘lawlessness and failure of constitutional mechanism’. The Governor further expressed the need to contain the ‘explosive situation that is worsening minute by minute’.