A video has gone viral on social media in which a house can be seen being completely demolished by a bomb. It is being claimed that the video is from the ongoing Israel-Palestine conflict.

The video has text embedded on it that says, “That is what is happening in Palestine from Israel, wake up!! Share it if you are a human.” The video is being shared with different captions but all claiming that it is of the current Israel-Palestine conflict. 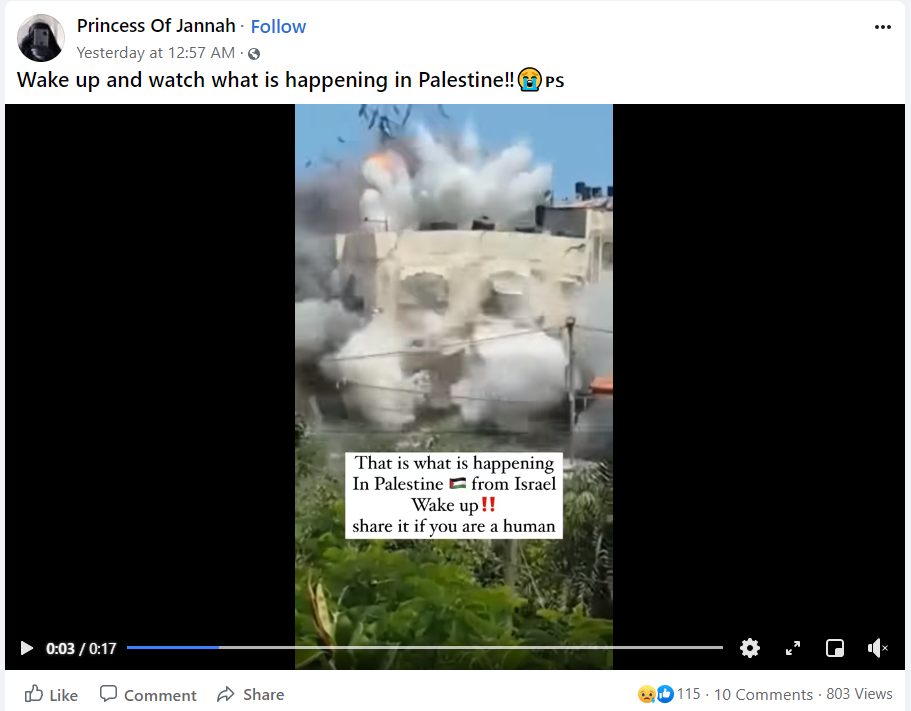 We broke the video into several keyframes and did a reverse image search with one of the keyframes. We found that the same video was published on a YouTube channel on August 16, 2014.

The same video was also published by another YouTube channel on July 21, 2014, with the title, “Bombing a civilian house in Gaza.”

A screenshot of the image was also published on a blog about ‘What are inert bombs?’ The blog was posted on August 25, 2014. According to the blog, Israel bombed a house with an inert bomb (aerial munitions filled with wet sand or cement and used for training purposes) and not the actual one. 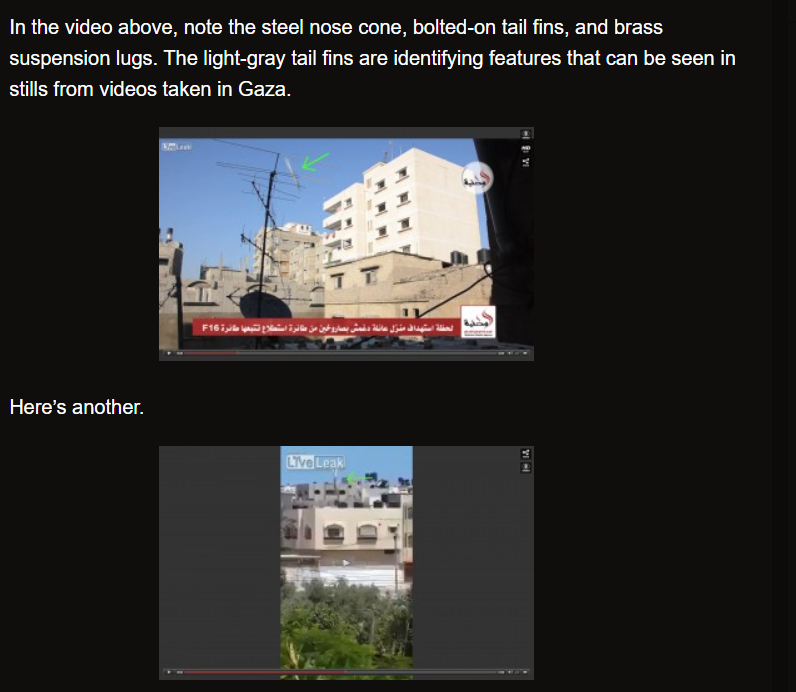 Hebrew website Srugim.co.il says that the house occupants were informed beforehand about the bomb and they had evacuated the house and were waiting with cameras for the bombing of the Air Force. 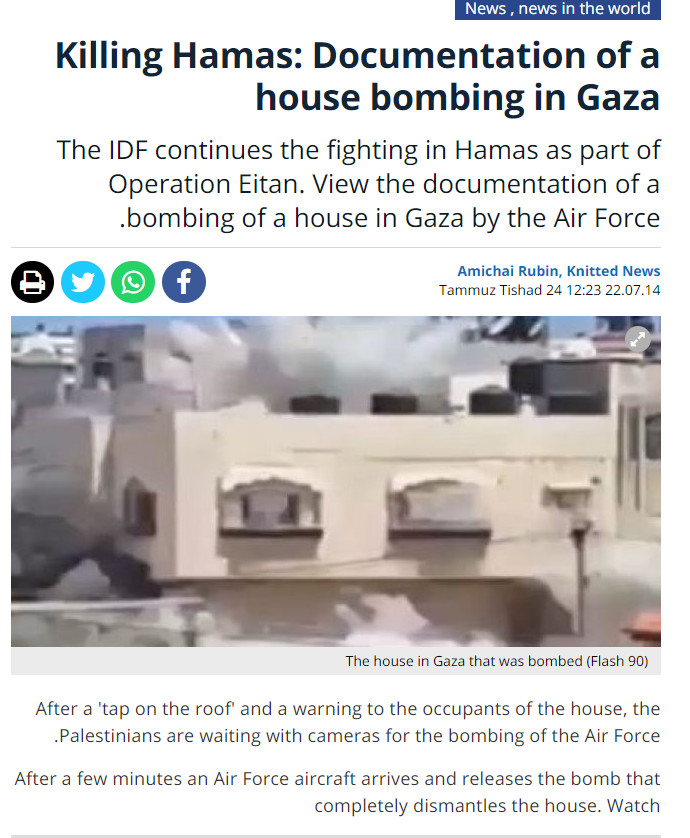 Thus, it is clear from the above information that an old video is being shared as that of  recent Israel-Palestine conflict.