A video has gone viral on social media where a tanker can be seen standing below the railway track, from which a huge amount of gas is leaking. It is being claimed that while  Rajasthan Government has asked for more oxygen, the video shows that oxygen is being wasted in Jaipur.

(Translation: The Congress government of Rajasthan asked for more oxygen from the central government but there was no place to store it, so the container opened the oxygen and blew it in the air) 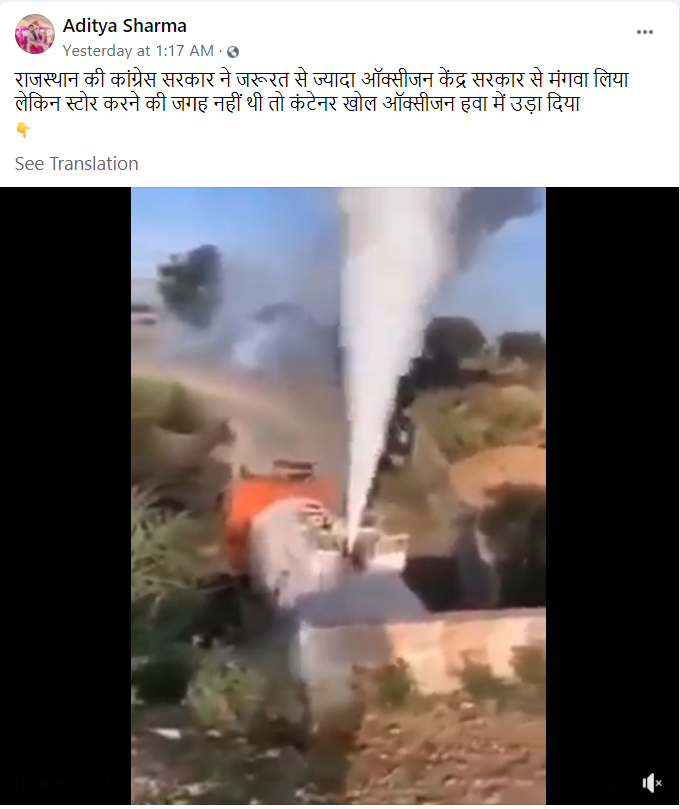 After searching the video with the help of some keywords, we found this video on the YouTube channel of “First India News Rajasthan”. It was reported in this new clipping that this incident took place on July 24, 2020, on Tonk Road in Shivdaspura, Jaipur. The tanker was coming out from under a low-altitude culvert. After hitting the culvert, the tanker’s lid opened which led to ammonia gas leakage.

However, this accident was controlled and there was no news of the loss of life or property.  ‘Patrika’ and ‘Live Hindustan’ also published related news reports. 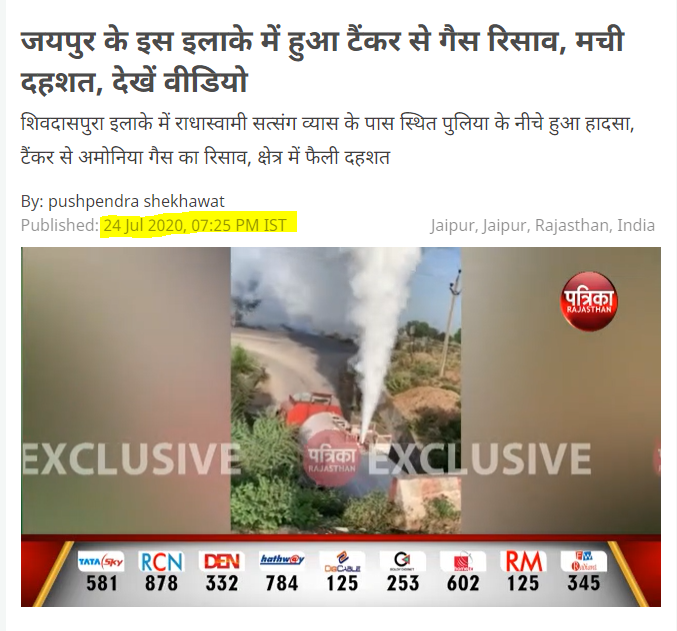 Moreover, we did not find any recent media report of oxygen being wasted in Rajasthan or of any accident where oxygen tanks were involved.

Hence, it can be concluded that a false claim is being made with the video. This video is about a year old and the leaking gas in it is not oxygen but ammonia.

Thus, the viral claim is misleading.