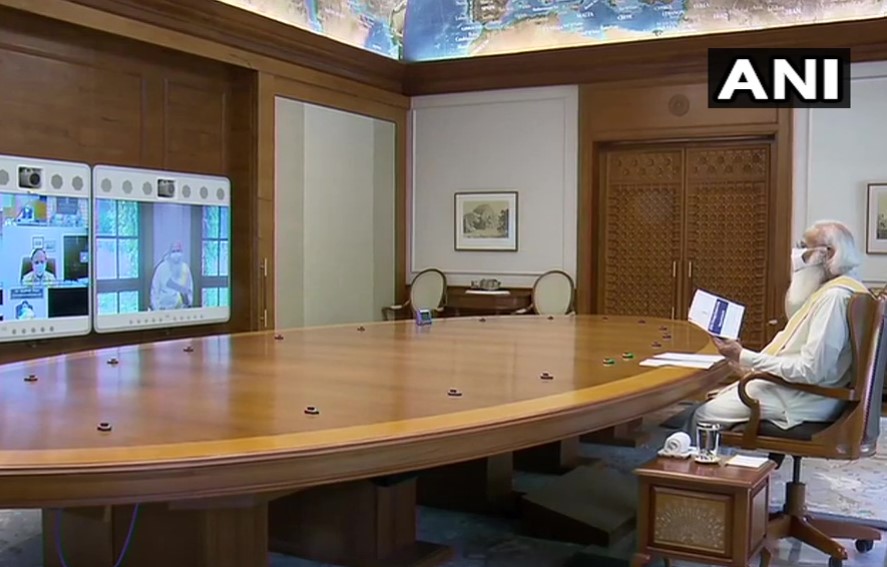 Chairing a high-level review meeting on the prevailing coronavirus pandemic situation and vaccination status  in the country on Saturday, Prime Minister Narendra Modi took serious note of some reports claiming ventilators lying unutilised in storage in some states and directed that an immediate audit of installation and operation of ventilators provided by the Central government.

During the meeting PM Modi said that refresher training for the proper operation of ventilators should be provided to healthcare workers if necessary.

Discussed a number of issues during today’s review meeting on COVID-19, including scaling up testing in areas with high TPR, preparing localised containment strategies, augmenting health capacities in rural areas and ramping up the speed of vaccination. https://t.co/ysQmtDiZAQ

“The Prime Minister took serious note of some reports about ventilators lying unutilised in storage in some states and directed that an immediate audit of installation and operation of ventilators provided by the central government should be carried out,” read a release by the Prime Minister’s Office (PMO).

The Ministry of Health and Family Welfare on Thursday had said that media reports claiming ventilators supplied by the central government to Faridkot’s Guru Gobind Singh Medical College (GGSMC) and Hospital, are lying unused due to technical glitches are seen to be unfounded and not having the full information on the matter.

“There have been some media reports suggesting that Government of India supplied ventilators (supported by PM CARES) to GGS Medical College and Hospital, Faridkot, Punjab are lying unused as a result of technical glitches which have not been resolved due to poor after-sales support by the manufacturers. These reports seem to be unfounded and not having the full information on the matter,” the ministry had said.