Fact Check: This Image Of Photographer Crying Is NOT Related To Clashes At Al-Aqsa Mosque | Newsmobile
Sunday, August 7, 2022

Amid the ongoing conflict between Israel and Palestine, a collage of images has gone viral on social media claiming that a photojournalist got emotional while capturing images of the Al-Aqsa mosque in Jerusalem, which was stormed by Israeli security forces on May 7.

The post is being shared on Facebook with a caption that reads, “A Photojournalist Felt In Tears While Capturing Pictures in Masjid Al Aqsa.” 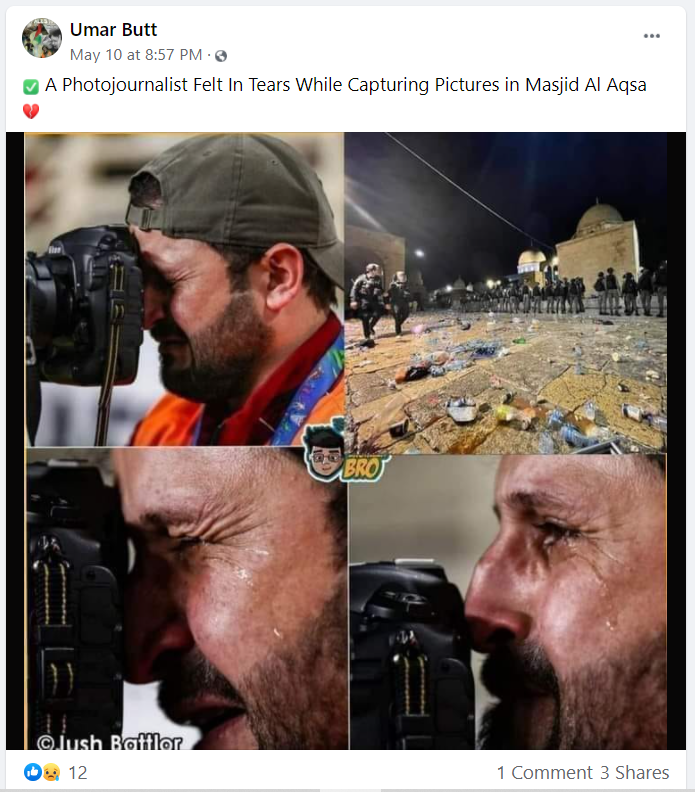 We conducted a reverse image search on the photographer’s image that led us to a Facebook post shared by the AFC Asian Cup in January 2019. The caption along with the image mentioned that the Iraqi photographer got emotional during the AFC Asia Cup when his team went down to Qatar 1-0 in the Round of 16.

We also came across an article published by Al Jazeera’s Arabic vertical in January 2019, which when translated to English mentioned that the man in the viral images is Iraqi Football Association photographer Muhammad Al-Azzawi. 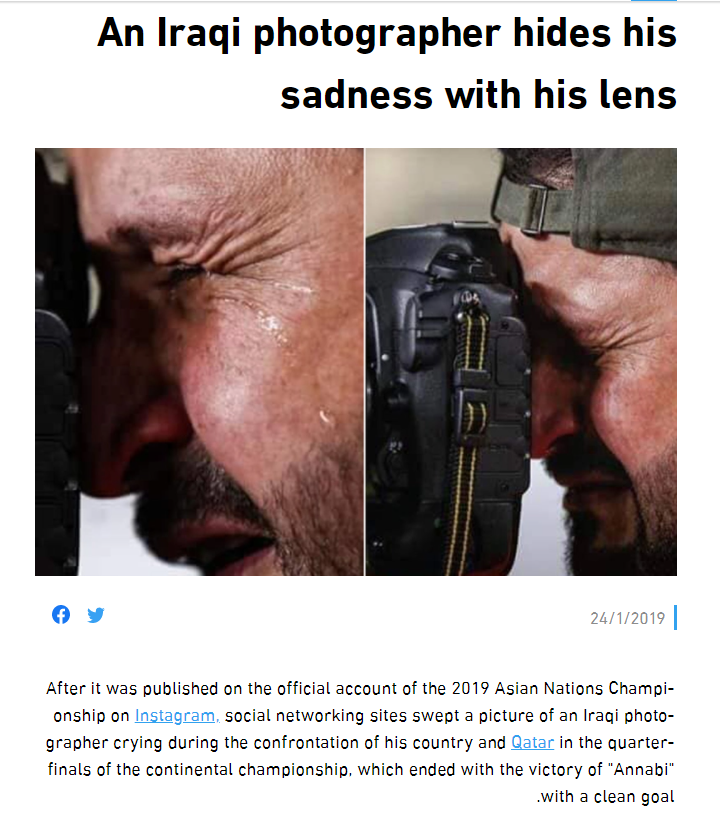 Thus, it can be concluded that this picture of a weeping photojournalist has nothing to do with the recent Al-Aqsa Mosque clashes.

Image of the Mosque

On putting the image of the mosque through Reverse Image Search, we found that it was captured on May 7 as Israeli forces entered the Al-Aqsa mosque in Jerusalem. The photo has been credited to Anadolu Agency’s Mostafa Alkharouf. 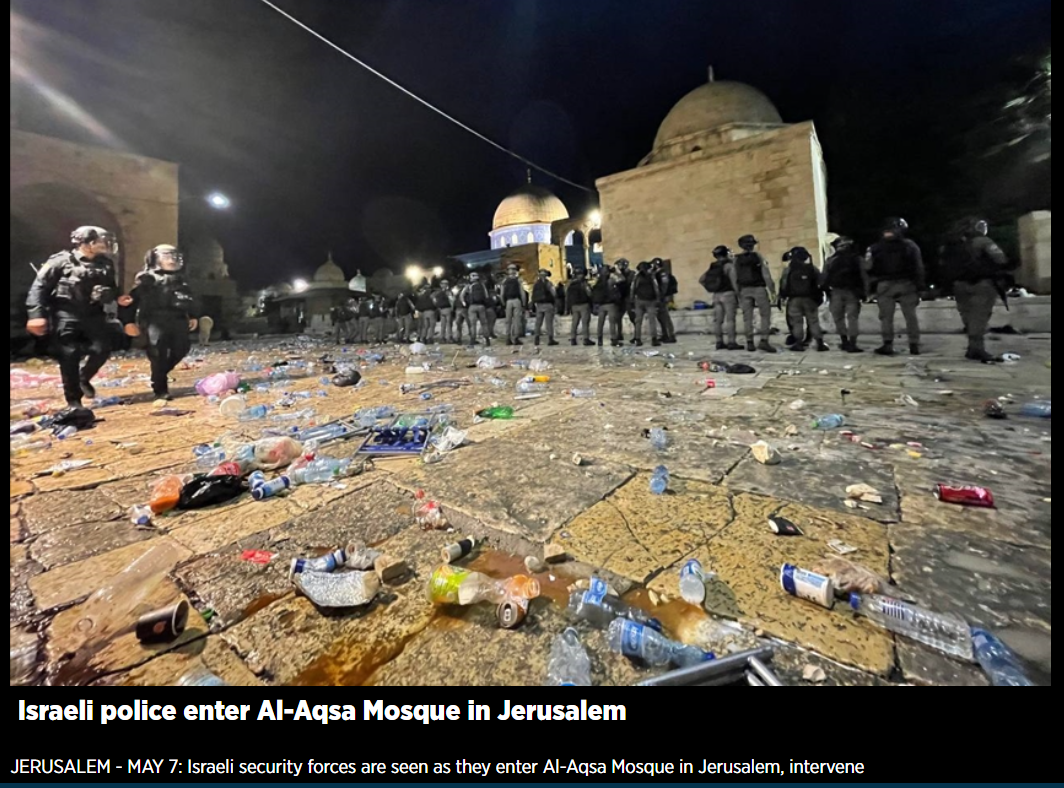 The caption along with the image reads: “Israeli security forces are seen as they enter Al-Aqsa Mosque in Jerusalem, intervene Muslim worshippers with stun grenade during prayer on 7 May 2021.”

Hence, from the above information, we can say that the post in circulation is misleading.