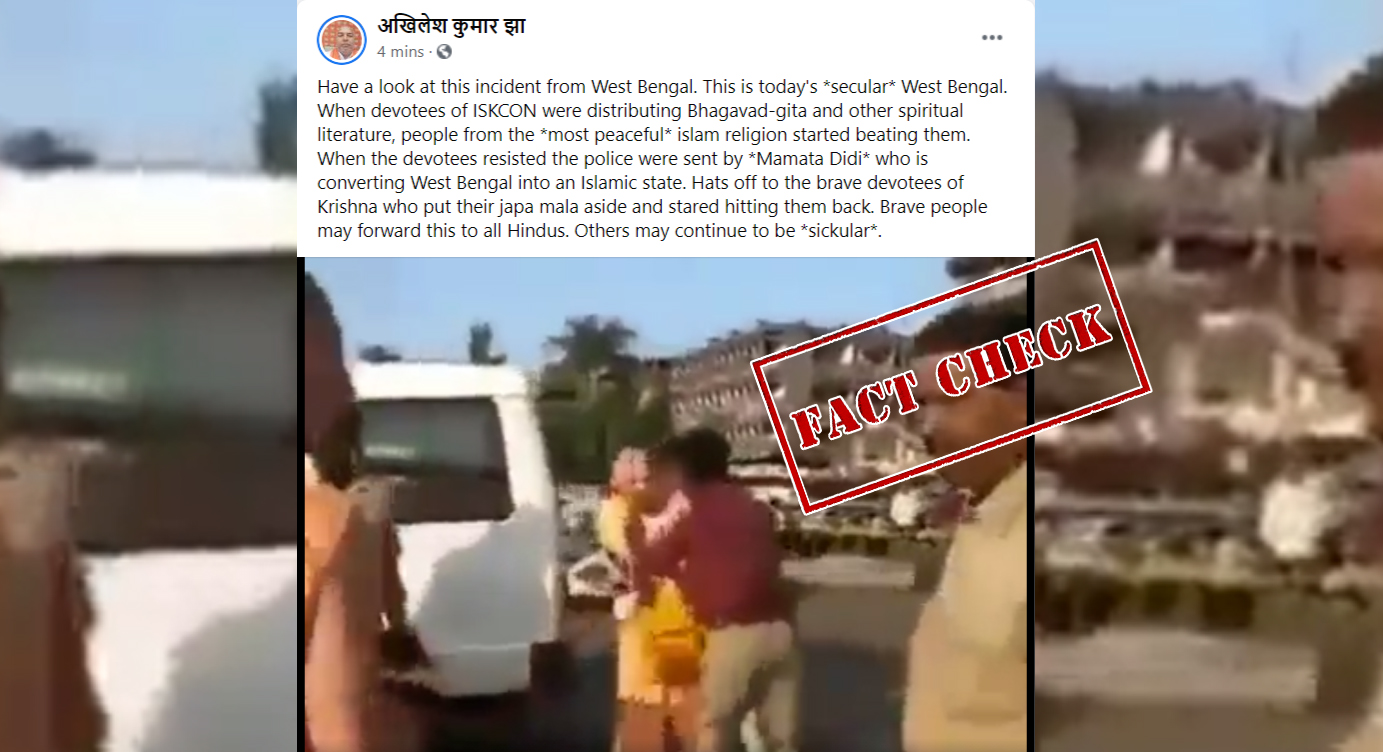 A video of a skirmish between some men in uniform and some people in saffron attire is being shared on social media with a claim that it was taken recently in West Bengal where cops attacked ISKCON devotees.

Facebook users shared the video with the caption, “Have a look at this incident from West Bengal. This is today’s *secular* West Bengal. When devotees of ISKCON were distributing Bhagavad-gita and other spiritual literature, people from the *most peaceful* islam religion started beating them. When the devotees resisted the police were sent by *Mamata Didi* who is converting West Bengal into an Islamic state. Hats off to the brave devotees of Krishna who put their japa mala aside and stared hitting them back. Brave people may forward this to all Hindus. Others may continue to be *sickular*.” 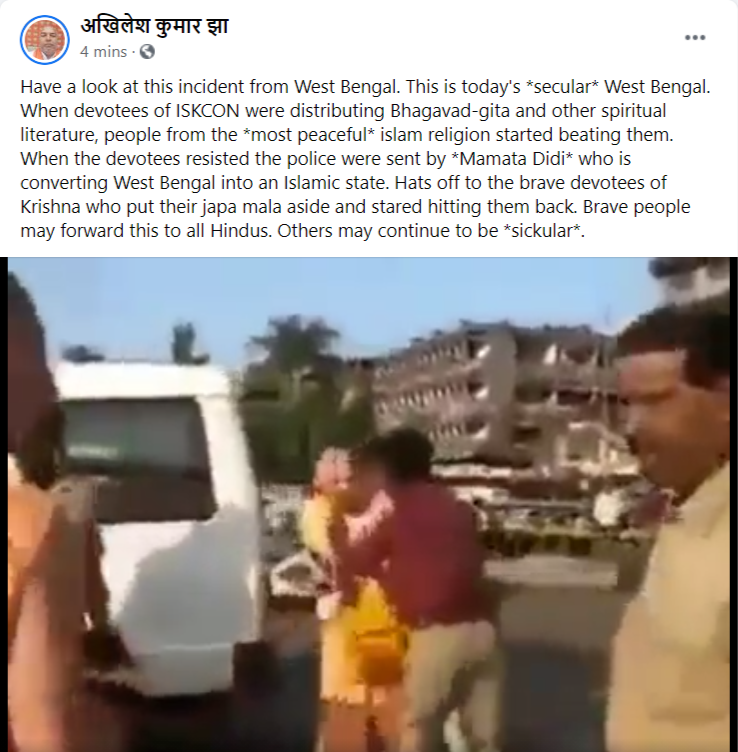 While looking for similar posts on Facebook, we found that multiple users shared the same video, with a similar caption, in 2018 and 2019 too. 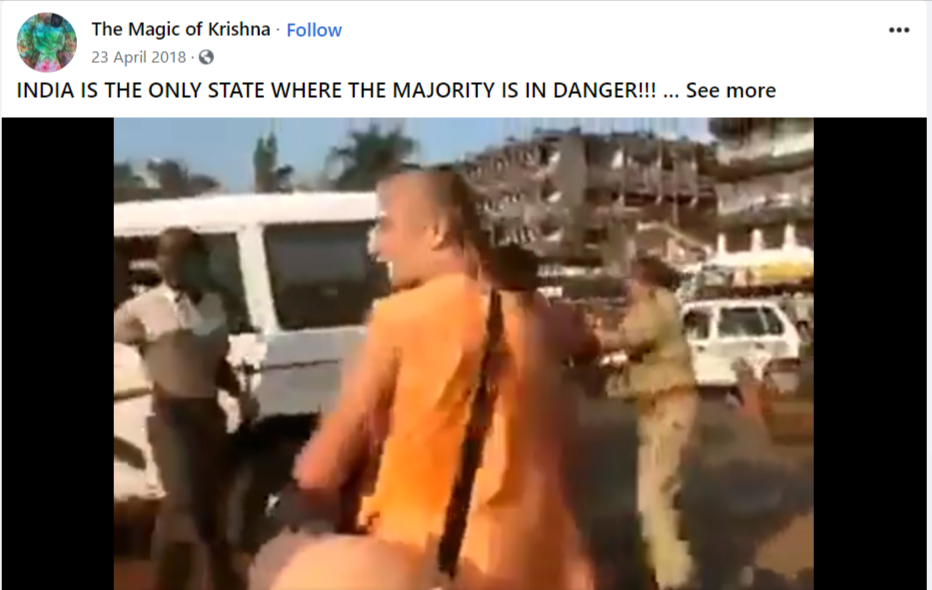 We also found the same video uploaded on YouTube in 2018 but as per the title, the video was from Goa. 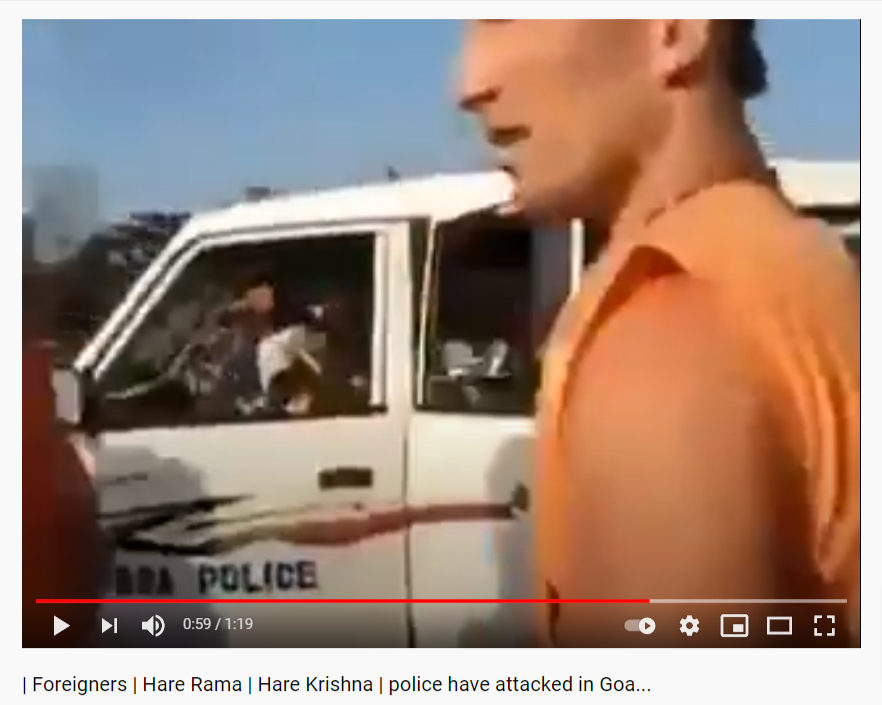 We could also see ‘Goa Police’ written on the vehicle.

With that, we ran a keyword search and found the same video in a Reddit thread from 2013.

We also found a newsletter about the same incident from 2008 on a website called The Goan Voice.

The same was also reported in an article published in ‘heraldgoa.in’ on November 26, 2008.

We also found the archive of a 2008 article published on the website oheraldo.in. 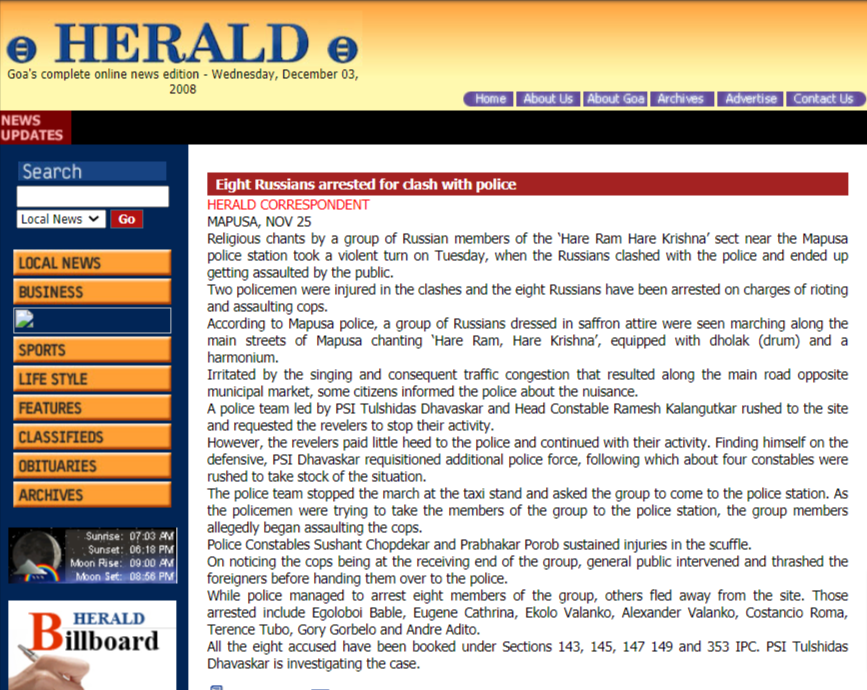 As per the article, eight Russian members of the ‘Hare Ram Hare Krishna’ sect clashed with the police of Mapusa in Goa after the latter, responding to the complaints by locals, tried to stop the group. They were all later arrested by police.

From the above information, it is clear that the video is from 2008 and was taken in Goa. Hence, the claim that it was taken recently in West Bengal is Fake.