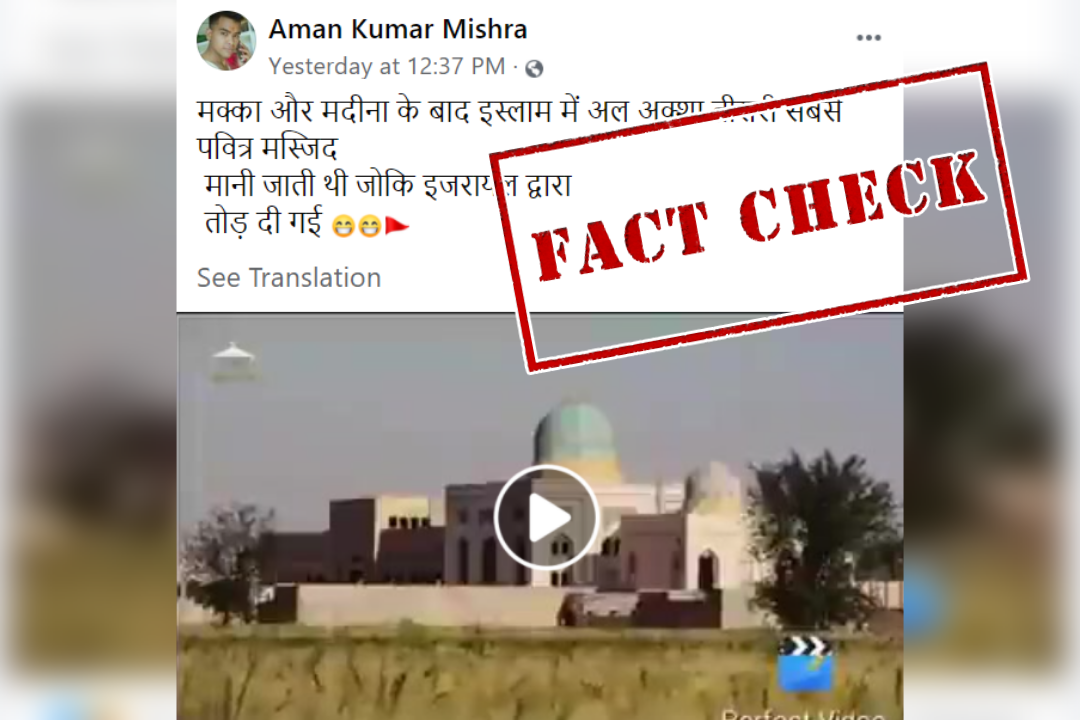 Amid the escalating tension between Israel and Palestine, a video has gone viral on social media claiming that the Al-Aqsa Mosque, which is considered one of the holiest places in Islam, has been destroyed by Israel.

A dome building appears at the beginning of this viral video. Suddenly after a few seconds, there is a loud explosion which leads to it’s collapse.

(Translation: Al-Aqsa which was considered the third holiest mosque in Islam after Mecca and Medina, was demolished by Israel.) 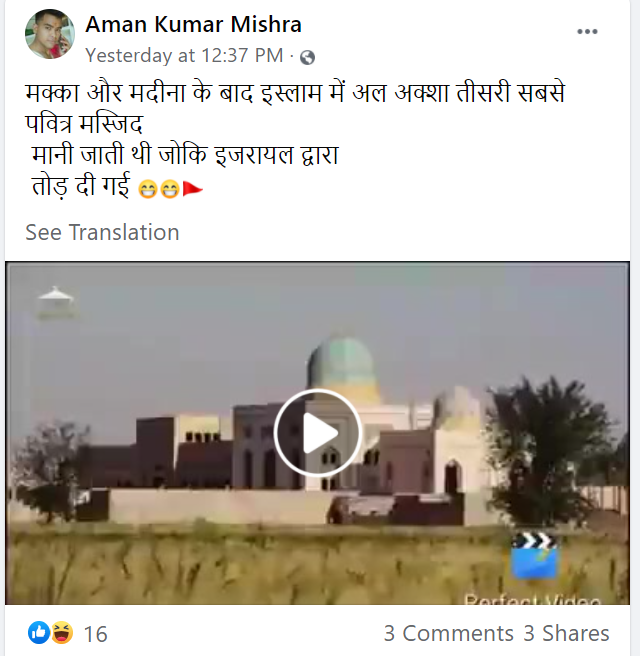 We took out keyframes of the video and putting it on reverse image search. The search directed us to an article published in 2014 which carried the same viral video. 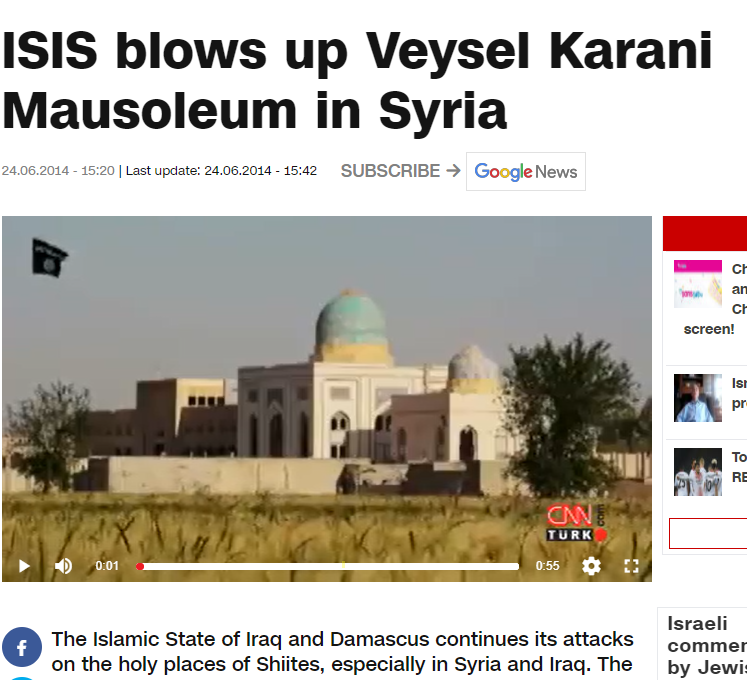 According to the article, the video shows a mausoleum located in Raqqa, Syria, which was blown up the Islamic State.

We found another news article published in 2014 which carried the same video. 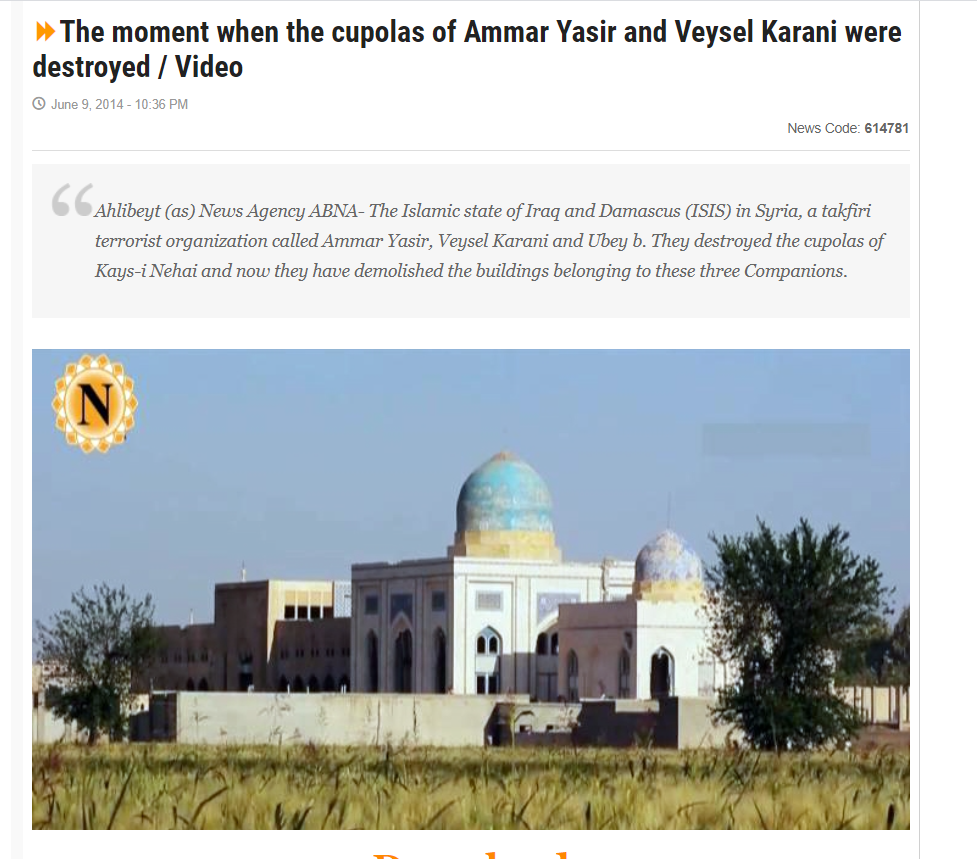 We also found a YouTube video uploaded by the Mint showing a compilation of ancient sites that ISIS has destroyed. At 1.56 seconds in the compilation we can find the viral video as well.

Thus, we conclude that the viral video is not of Jerusalem’s Al Aqsa Mosque and the viral post is misleading.