In the backdrop of the ongoing Israel-Palestine conflict, a video of rockets fired in a residential area is doing rounds on social media with a claim that it shows rockets being launched from the Gaza Strip into Israel by the militant organisation Hamas.

“Hamas is bragging about firing 137 rockets at Israel in 5 minutes. It fired over 300 rockets so far. We take pride in developing our lives, they take pride in destroying lives. #Israel” the caption read. While the text on the video read, “Gaza now.” 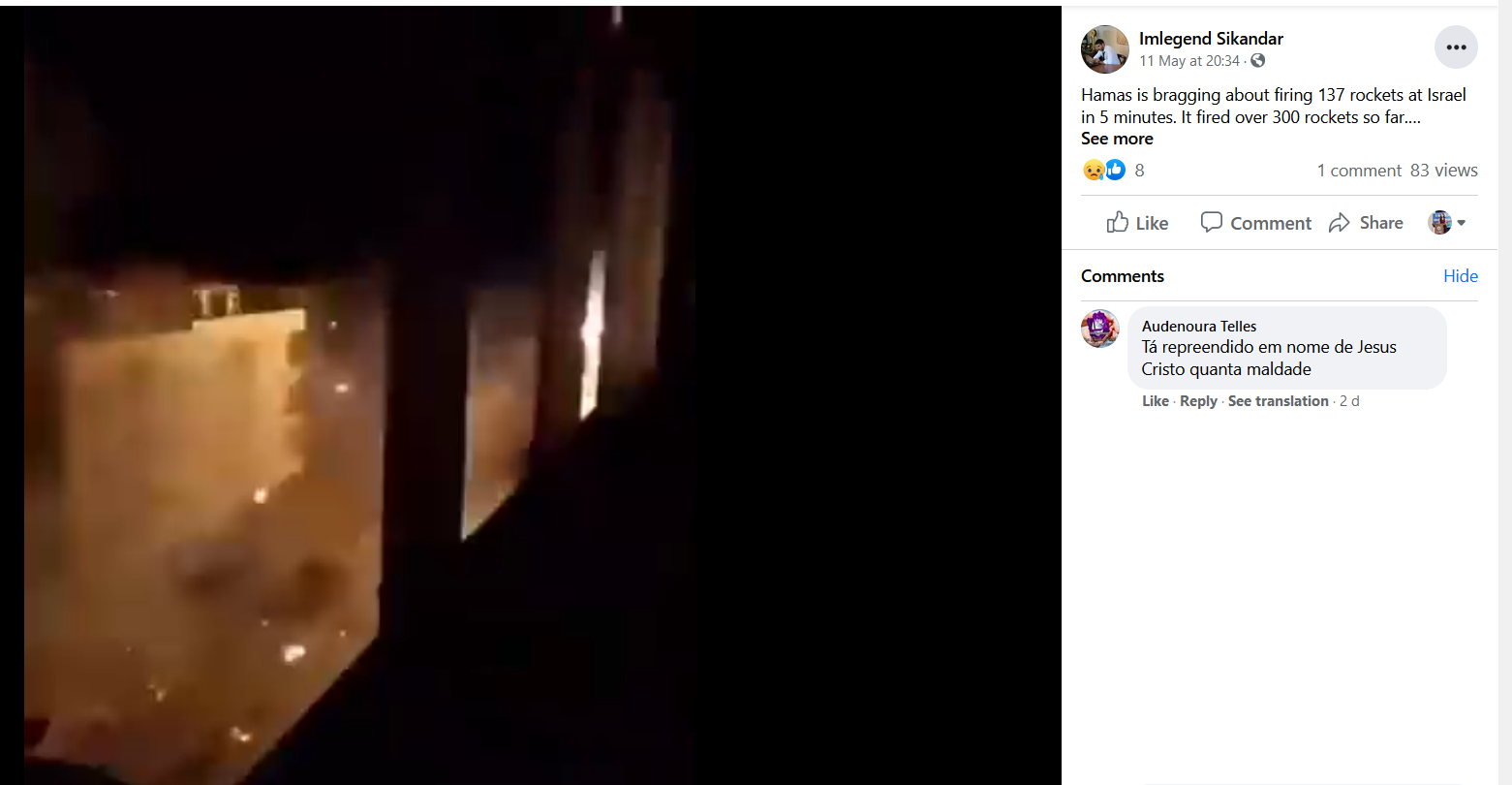 On running a Google search, we found a tweet by Raf Sanchez, a foreign correspondent who covers the Middle East for NBC News. The tweet, posted on May 12, 2021, mentions that the video shared with the claim that it shows rockets fired by Hamas from Gaza is old.

The video is actually several years old and appears to be from Syria: https://t.co/02FR3YWmpA

This has been pointed out dozens of times but the tweet still remains up. https://t.co/9xeHHQMQWS

We also found the same video uploaded on YouTube dated June 26, 2018. The title of the video can be loosely translated to ‘Elephant rockets that are being fired at Daraa province by the Assad gangs’.

As per the title, the video shows rockets being fired in Syria’s Daraa’s province.

NewsMobile could not independently verify the origin and location of the video but the above information proves the video is old and in circulation for the last few years.

The above information proves that the video is old and does not show recent rocket attack by Hamas on Israel.