Fact Check: Old Video Of Police Lathi-Charge On Lockdown Violators In Mumbai Shared As That Of Karnataka | Newsmobile
Tuesday, July 5, 2022

In the backdrop of Karnataka government imposing lockdown in the state from May 10, 2021, a video of cops resorting to lathi-charge on a group of people is being circulated on different social media platforms. 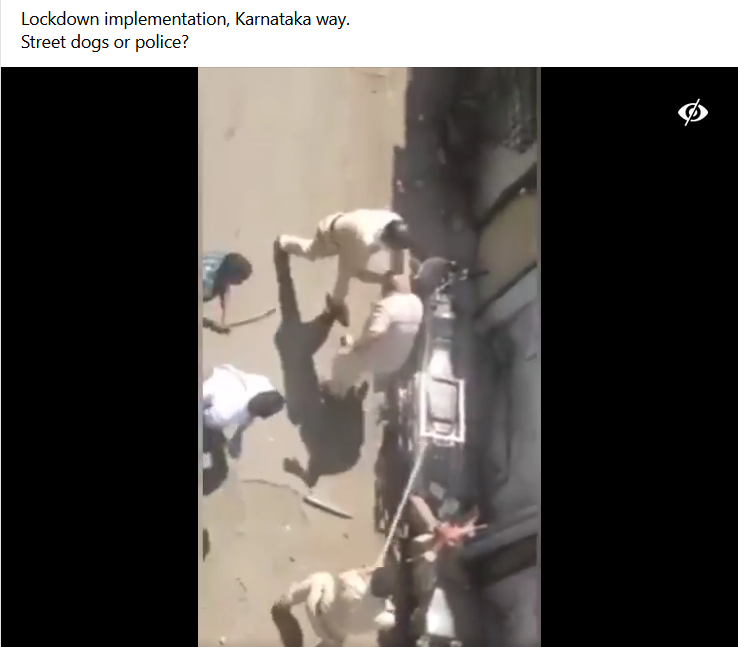 We also found similar posts on Facebook, it can be seen here, here and here.

NewsMobile fact-checked this post and found that the video in circulation is old.

When we extracted the keyframes from the video and put them through Reverse Image Search, we found that a video of the same incident was published on Twitter by TOI Plus. The video was uploaded on April 3, 2020.

The tweet mentions that the incident took place in Mumbra in Maharashtra when Vasai Police had to resort to lathi-charge after some people were seen defying lockdown norms.

Mumbai Mirror also published a detailed story on the incident on April 3, 2020. Read the report here.

As per the report, the visuals are from the by-lanes of Koliwada in the Vasai area of Mumbai. The lathi-charge took place following an alleged attack by the public on a team of policemen and civic officials who had gone to conduct COVID-19 tests at a slum in Vasai.

We also found a tweet by Bengaluru Police Commissioner Kamal Pant dated May 11, 2021, featuring some snapshots from the video. In the tweet, he mentioned that the incident took place last year in Mumbai’s Vasai.

FACT CHECK: A video clip of policemen assaulting an individual doing the rounds on social media is neither connected to Karnataka State Police nor the current lockdown imposed in the state.

The video dating back to Apr 3, 2020, is from Vasai in Mumbai.https://t.co/ZNkRZUNGWM pic.twitter.com/moK6NUTb6x

The above information proves that the video is old and is from Mumbai, not Karnataka. Hence, the claim is false.

Teaser of Alia Bhatt’s ‘Darlings’ Out, Film To Release On…