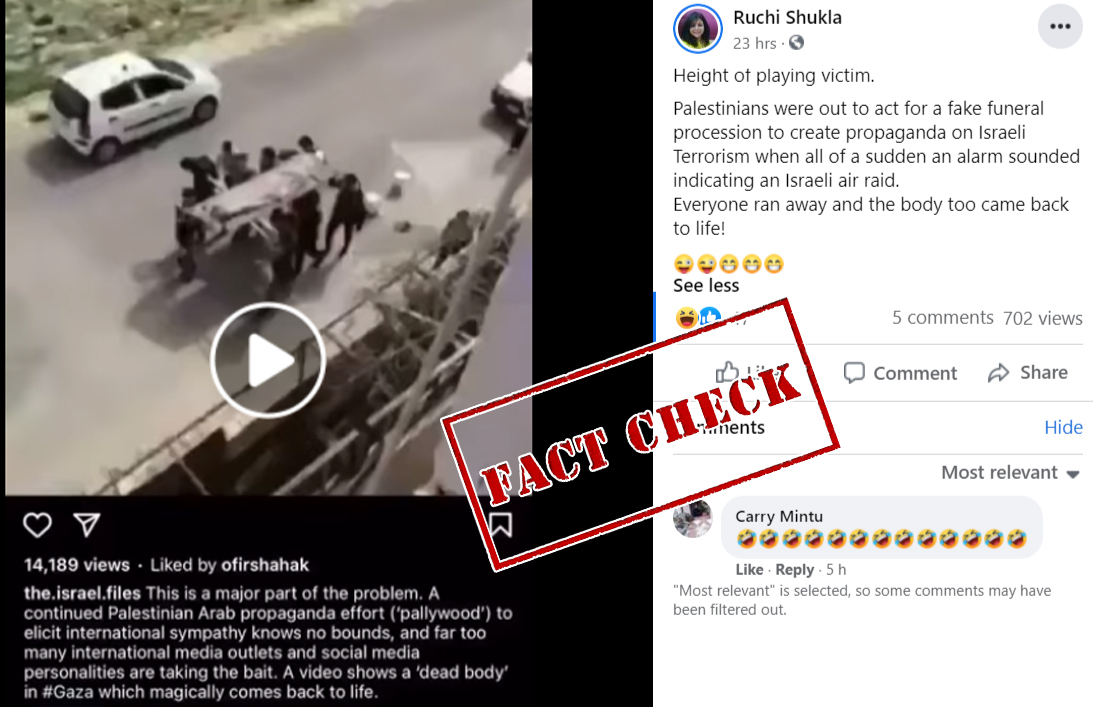 As hostilities between Israel and Palestine continue to escalate, a video is being widely shared on social media.

The video shows some men carrying out a funeral procession. However, the men can be seen leaving the corpse in the middle of the road and running away as soon as they hear a siren. The video also shows the ‘dead body’ getting up and running.

The video is being shared with the caption: Height of playing victim. Palestinians were out to act for a fake funeral procession to create propaganda on Israeli Terrorism when all of a sudden an alarm sounded indicating an Israeli air raid. Everyone ran away and the body too came back to life!” 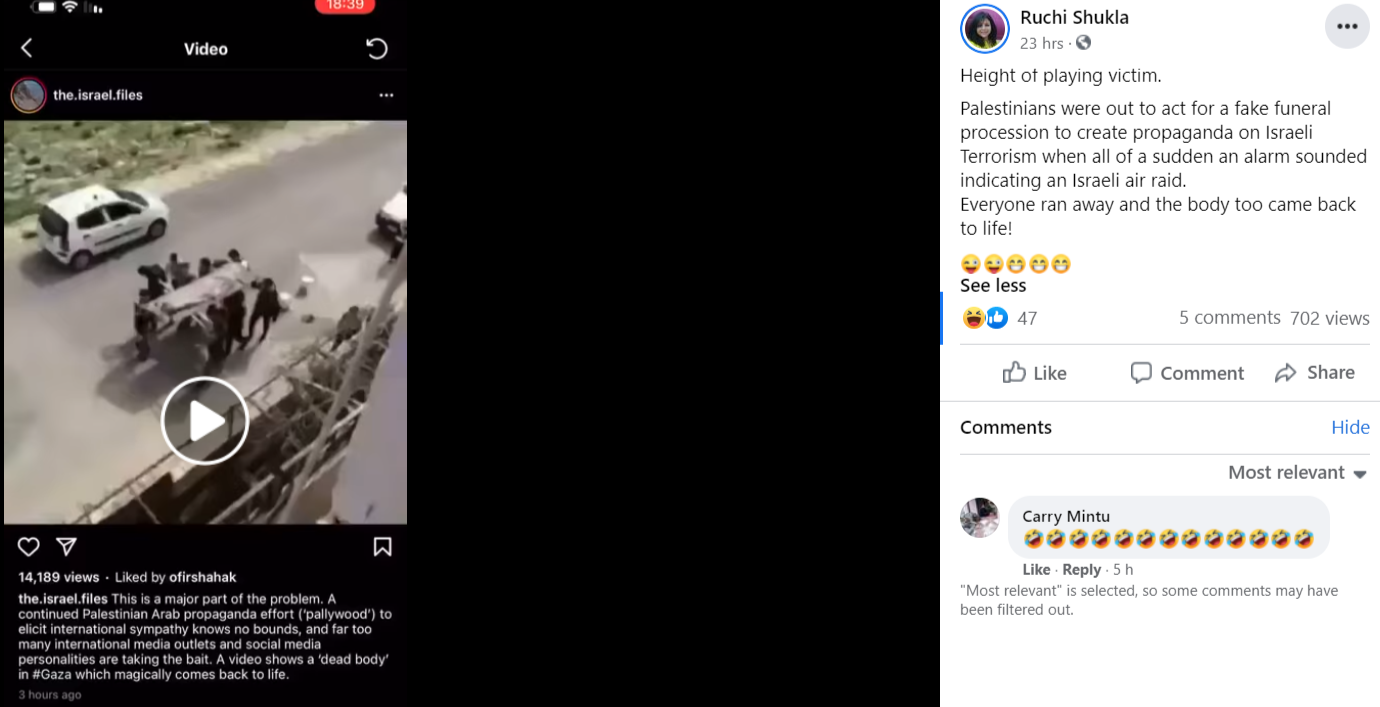 We extracted keyframes from the video and put them through Reverse Image Search. The search led us to the same videos uploaded on Facebook in March 2020. The links can be seen here and here.

According to the video caption, the video is from Jordan where a group took out a mock funeral to step out during the lockdown. 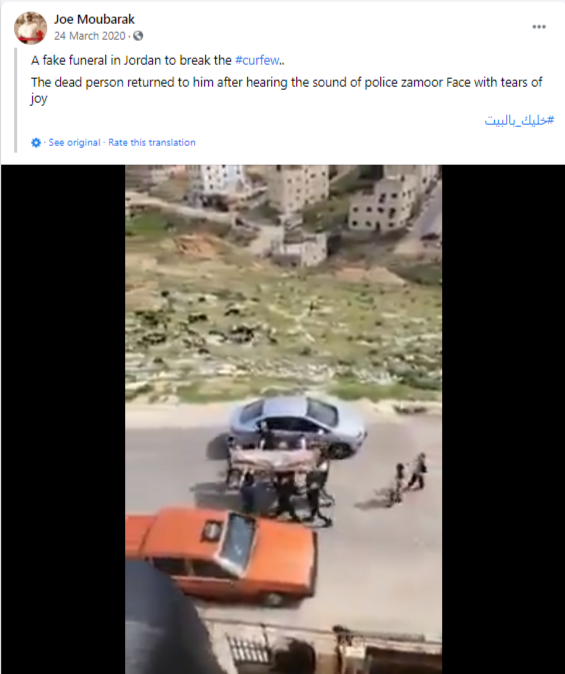 The same video was also uploaded by an Abu-Dhabi based news portal 24.ae. According to the caption, the video was recorded in Jordan in 2020. 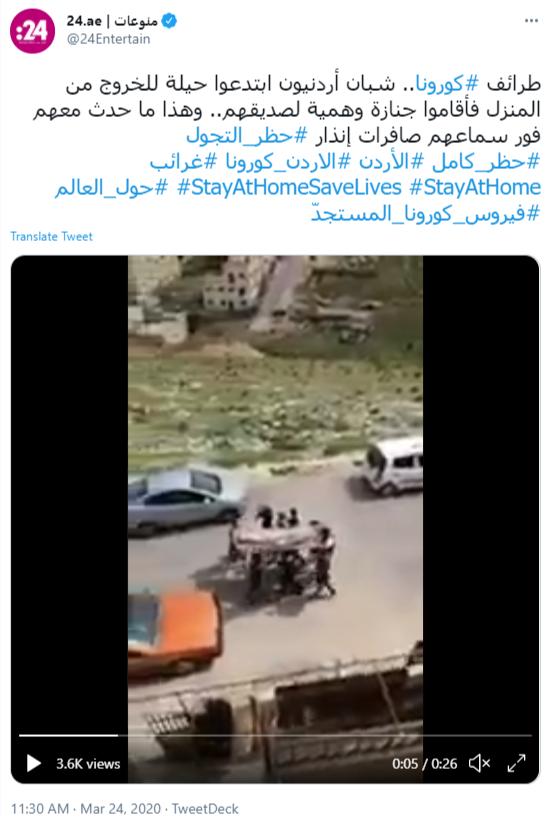 Hence, from the above information, it is clear that the viral video is an old one from Jordan and is not related to the ongoing conflict between Israel and Palestine.