Home Coronavirus Fact Check Fact Check: No, This Video Of A Healthcare Worker Using An Empty...

A video of a nurse using an empty syringe for vaccination is doing rounds on social media. The video is being shared with a claim that it is from India.

The video is being shared with the caption that can be roughly translated to, “How did the Indians get vaccinated? No wonder such a severe epidemic.” 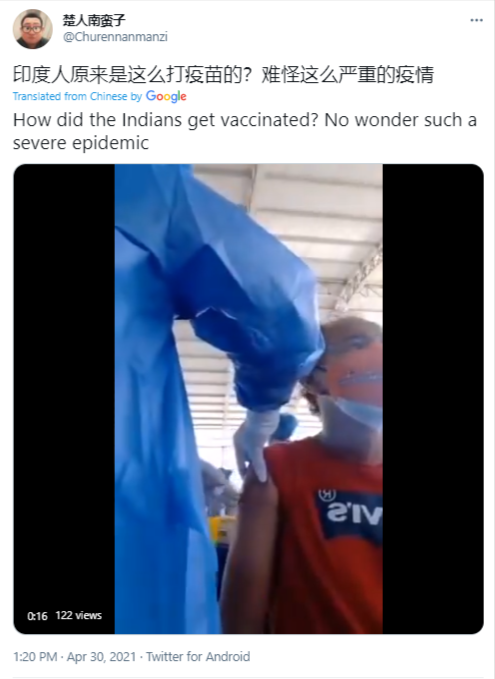 We extracted keyframes from the video and put them through Reverse Image Search. The search led us to the same video that was uploaded on YouTube on April 26, 2021.

The video was geotagged to Guayaquil, Ecuador. 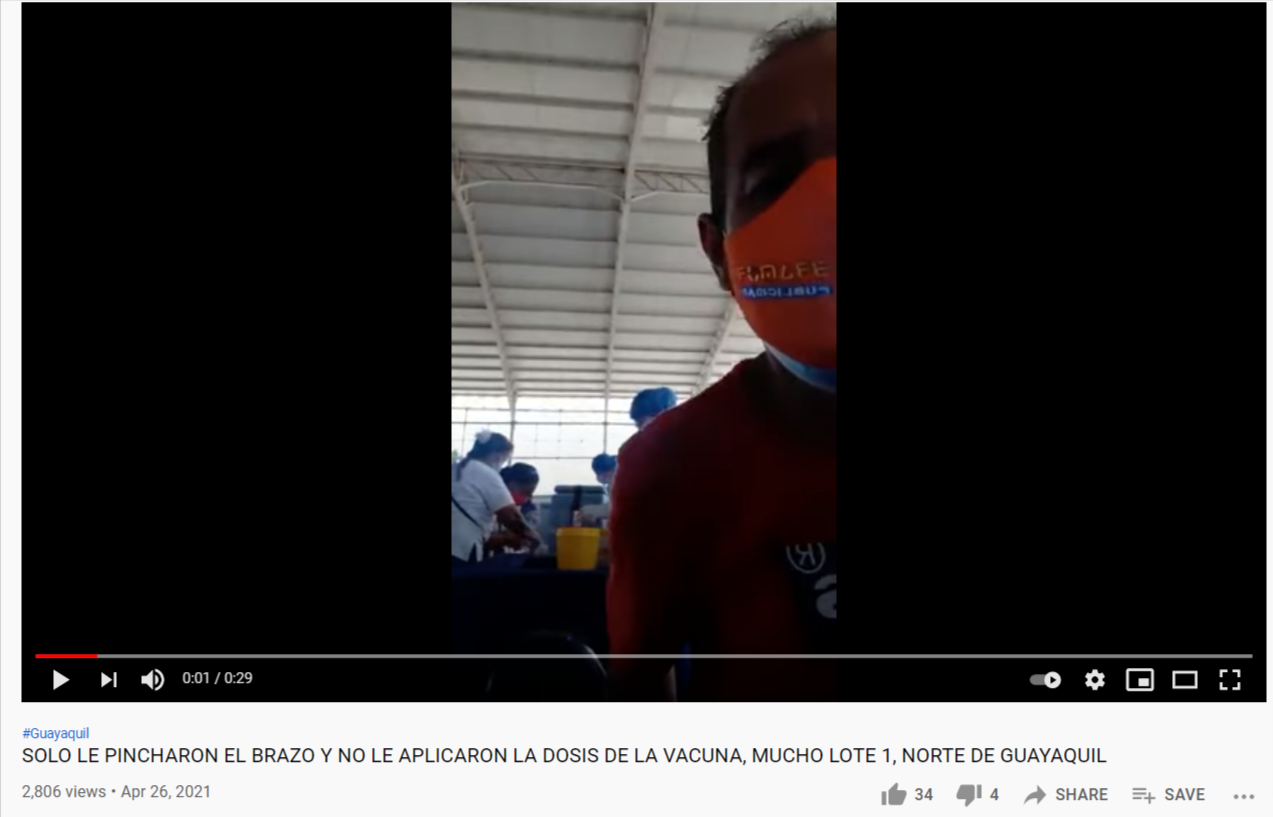 According to the video description, ‘The incident took place at Mucho Lote Vaccination Center – North of Guayaquil. Minister Camilo Salinas confirmed that they have already identified the nurse and action will be taken’.

The video report on the same was also uploaded by an Ecuadorian television network Teleamazonas on their YouTube page on April 26. A rough Google translation of the title read, “They investigated a nurse and a patient for false vaccination in Guayaquil.”

Based on this, we ran a keyword search and found a report by a media portal based in Ecuador, Primicias. 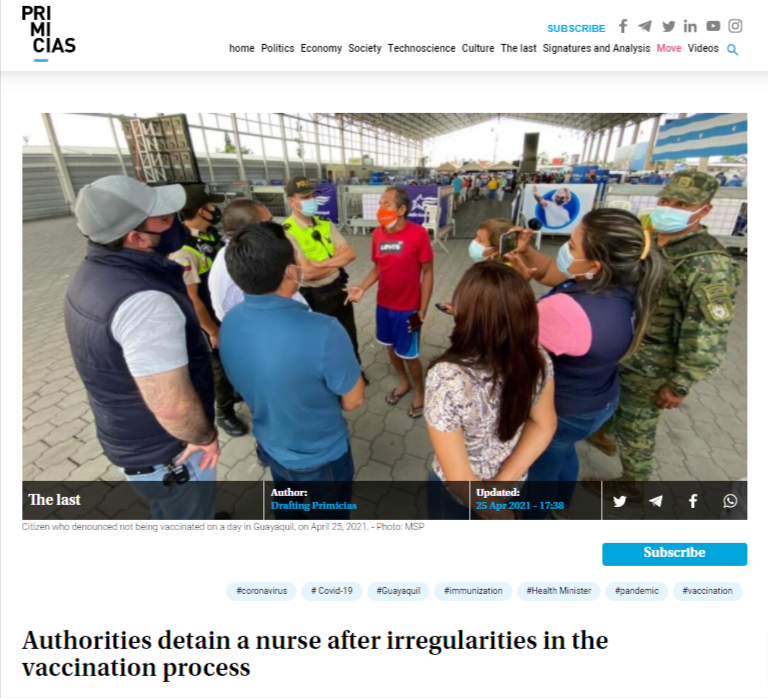 According to the report, the video of a nurse using an empty syringe for vaccination went viral on social media. Responding to one of the Twitter posts, Minister of Health, Camilo Salinas, said that they have identified ‘the nurse and the patient’. 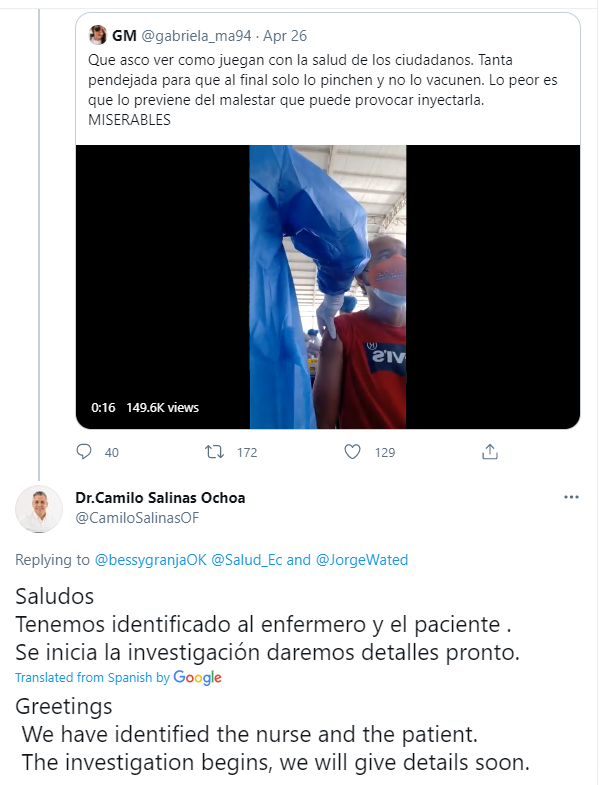 The same was also tweeted by the official Twitter handle of Ecuador’s Ministry of Public Health on April 26, 2021.

“COMMUNICATION | Given what happened today at the vaccination point #MuchoLote , we inform the public that the health professional was identified and will be investigated by the relevant authorities. Stay informed through official channels,” they tweeted. 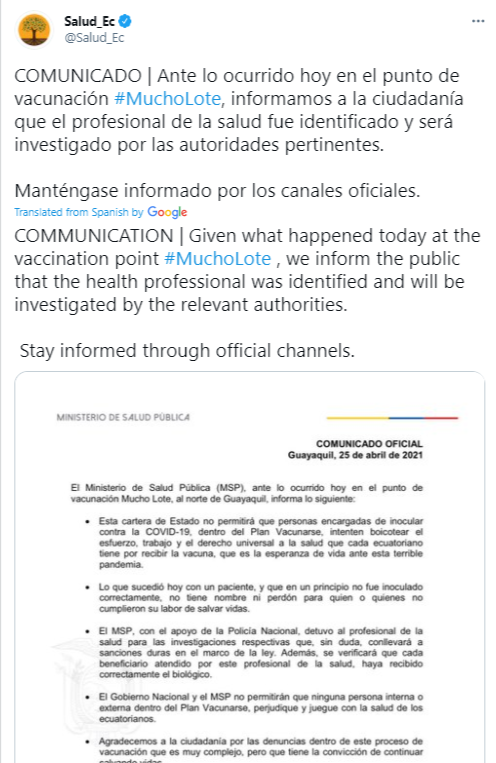 Hence, from the above information, it is clear that the incident took place in Ecuador and has no relation with India.