Following several reports of post-poll violence in West Bengal, a video has surfaced on social media platforms claiming that due to violence in the state, Calcutta High Court has asked Chief Minister Mamata Banerjee to resign from her post.

A Twitter user shared the video with a caption in Hindi that translates to, “Calcutta High Court asked for resignation. Will Mamata Banerjee resign?” 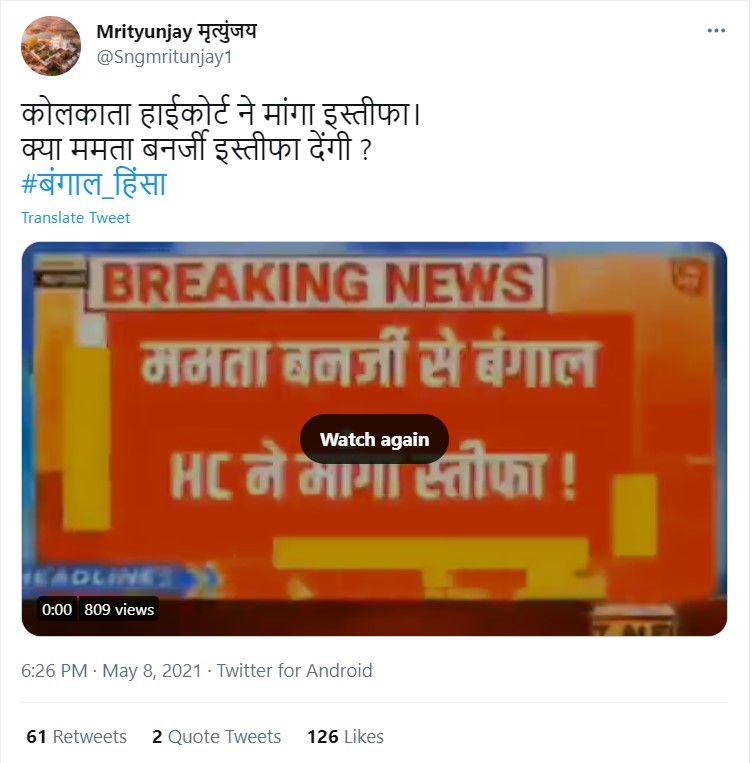 The voiceover in the video suggests that Calcutta High Court has observed that if CM Mamata Banerjee cannot stop violence in the state, she should resign from her post.

The video is also being widely shared on Facebook. Similar posts carrying the same video can be found here, here, and here.

We did not find any credible media report suggesting that Calcutta High Court has asked for Mamata Banerjee’s resignation, which otherwise would have made headlines.

Moreover, there are major grammatical mistakes in the viral video which raise suspicion about its credibility. The video has a watermark of ‘CSK News’. 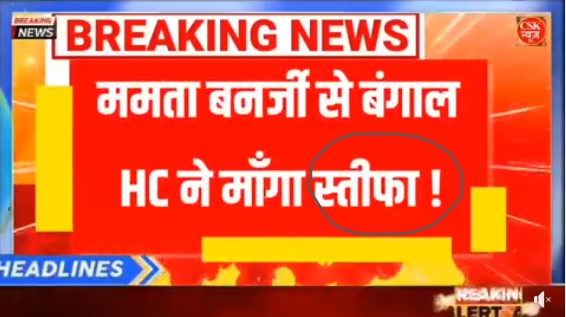 On further checking, we found this video uploaded on a CSK News YouTube channel on May 7, 2021

Several factors of this channel raise the question about its reliability. The channel started in June 2019, and there is no information about who runs the channel. Moreover, the above section does not provide any kind of information regarding its origin, team or work ethics.

This proves that the above channel cannot be considered as a reliable source of information.

However, we also found reports From May 7, 2021, stating that Calcutta High Court had asked the Mamata Banerjee government to file an affidavit on law and order situation in the state with regards to post-poll violence in the state. 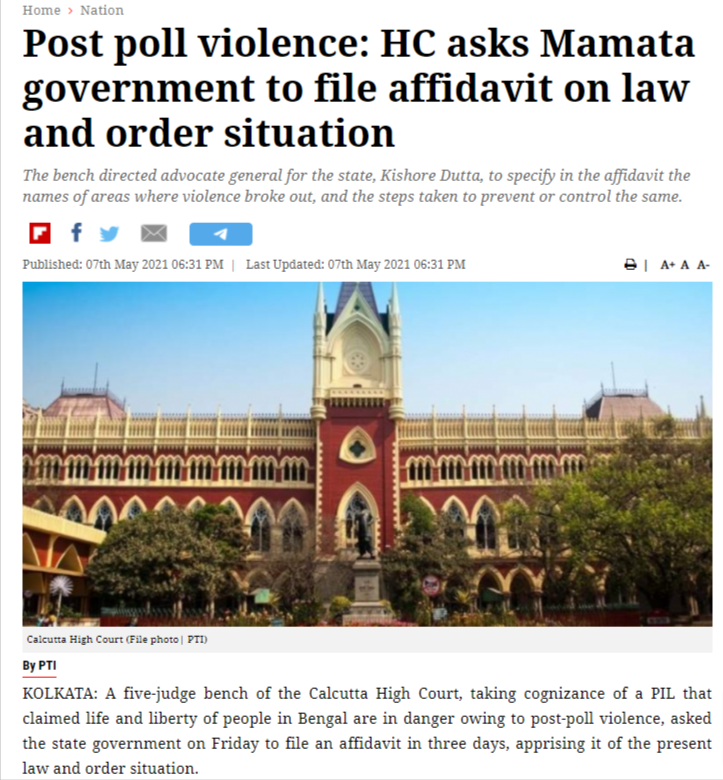 Another report can be seen here.

Therefore, the claims made in the viral video that Calcutta High Court has asked West Bengal Chief Minister Mamata Banerjee to resign from her post are false.