Amid the countrywide surge in coronavirus cases and rise in the number of deaths, an image is being shared on social media showing a man carrying a dead body behind his bicycle in Bihar.

(Translation: People of Bihar like this, take the dead body on a bicycle and roam around, ambulance thief MP will keep the ambulance hidden in his house, and the one who disclosed it went to jail. The people of Bihar don’t even like social service.) 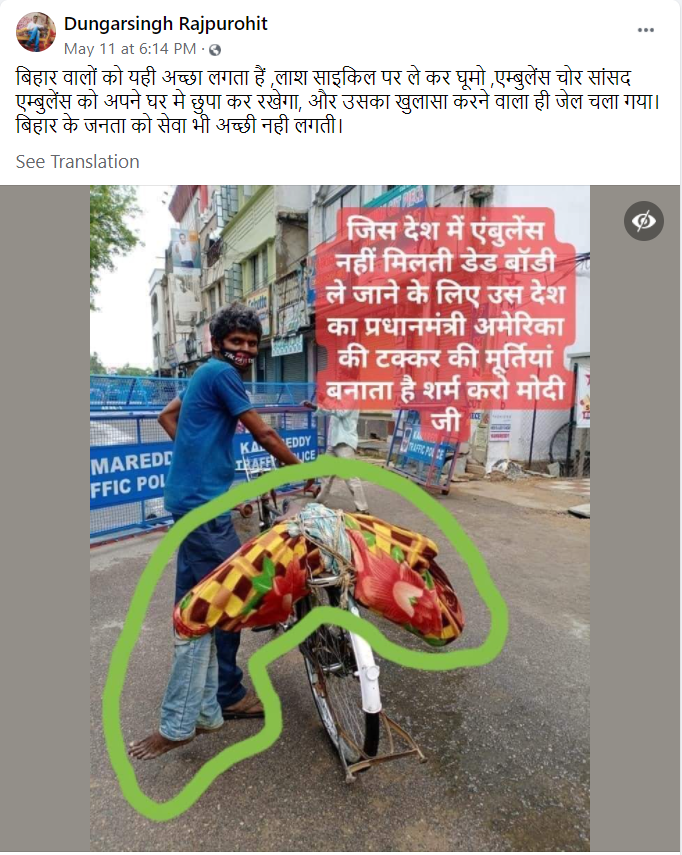 Doing a simple reverse image search directed us to an article published on April 19, 2020, which carried the same image. 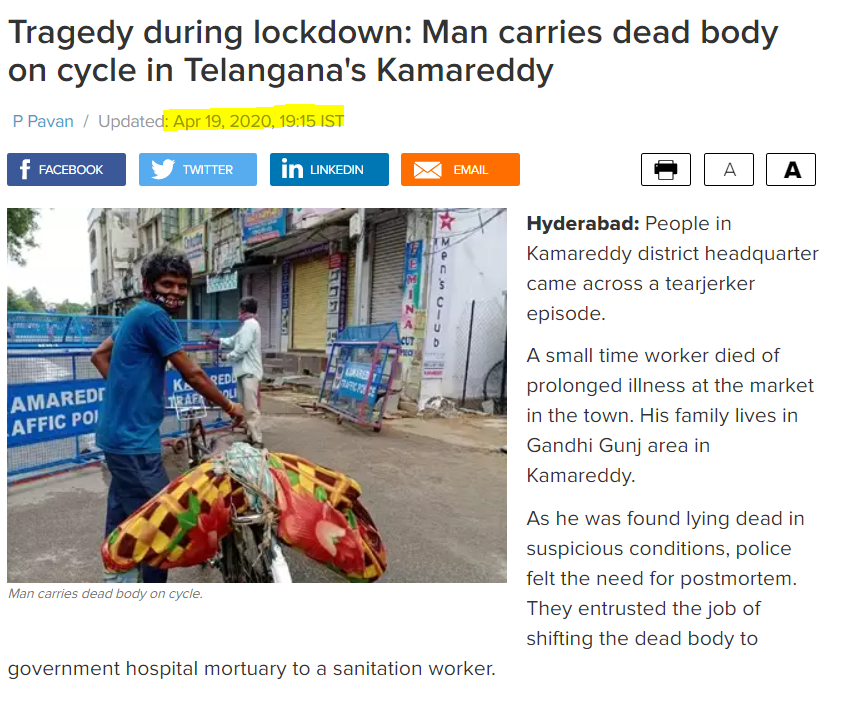 According to the news article, the incident was from the Kamareddy district in Telangana. The article further stated that the deceased was a worker who had died of prolonged illness and police had entrusted a sanitation worker with the job of shifting his body to a government hospital mortuary for postmortem.

Another report published in April 2020 also carried the same image. 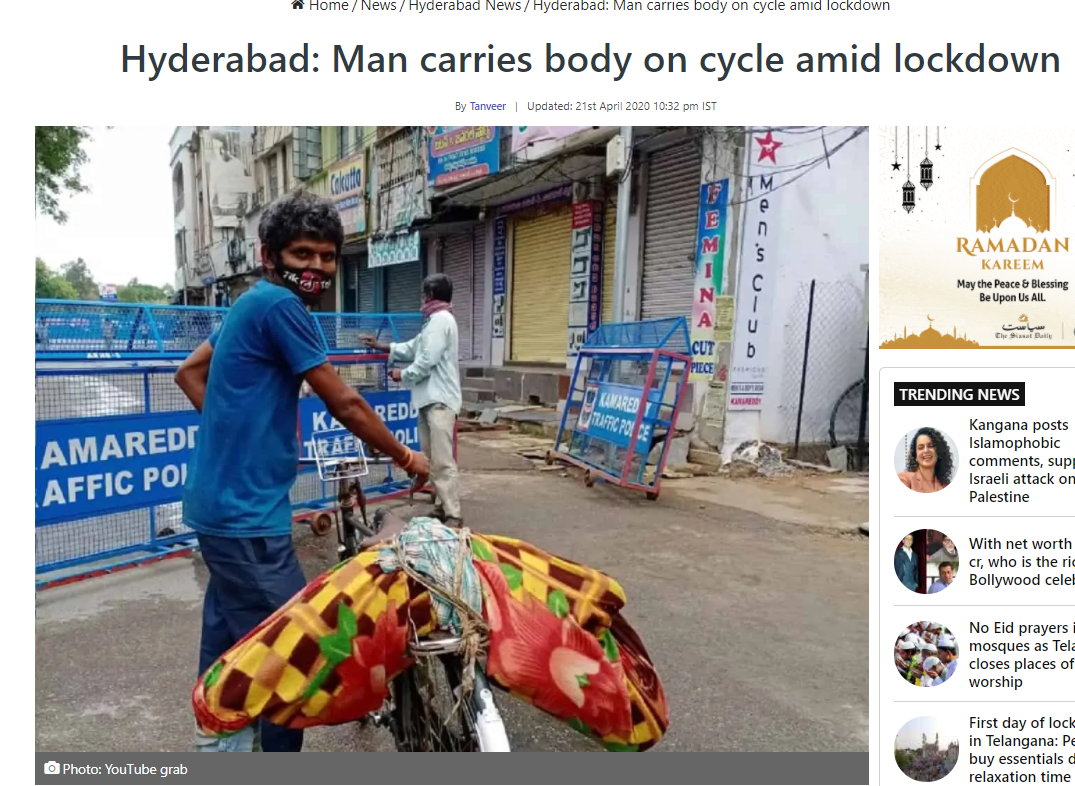 Thus, it is evident from the above information that an image from 2020 of a man carrying a dead body on a bicycle in Telangana is being shared recent one from Bihar.