An image has gone viral on social media claiming that it depicts anti-lockdown protests being held in London. The text embedded on the image reads, “The photo you won’t see on BBC News.”  Several hashtags like #londonprotest #antilockdown #antilockdownprotest can also be seen in the image.

Many COVID-19 restrictions are still in place in the United Kingdom, including a ban on gathering indoors with people from different households or “support bubbles” and requirements that masks be worn in a variety of indoor settings, according to the U.K. Government’s website. Restrictions in England are likely to ease out by May 17. 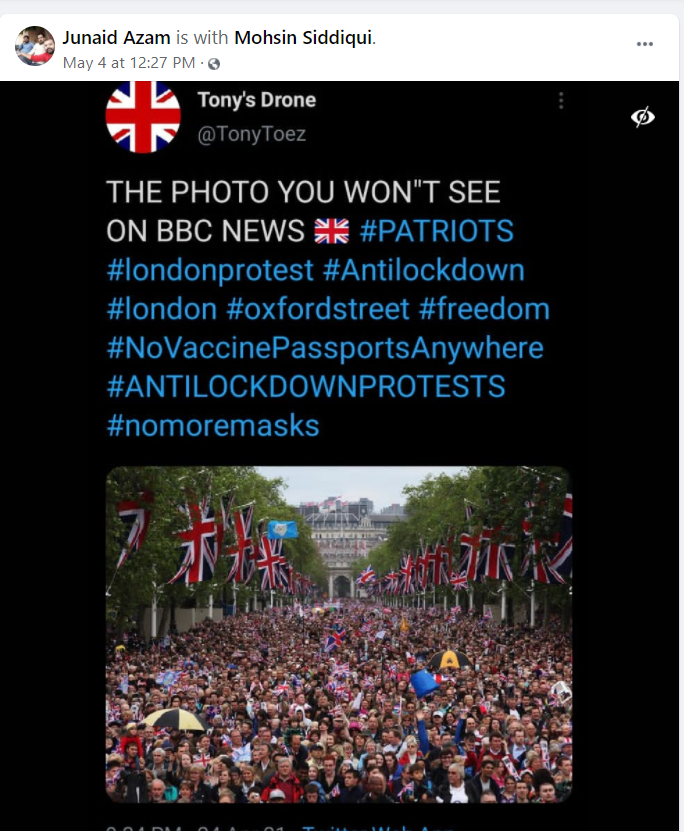 A simple Reverse Image Search directed us to an image gallery of CNN News dated June 5, 2012, which carried the same viral image. The image description reads, “The crowd is escorted down The Mall during the Diamond Jubilee carriage procession after the service of thanksgiving at St. Paul’s Cathedral.” The image credit was given to Getty Images. 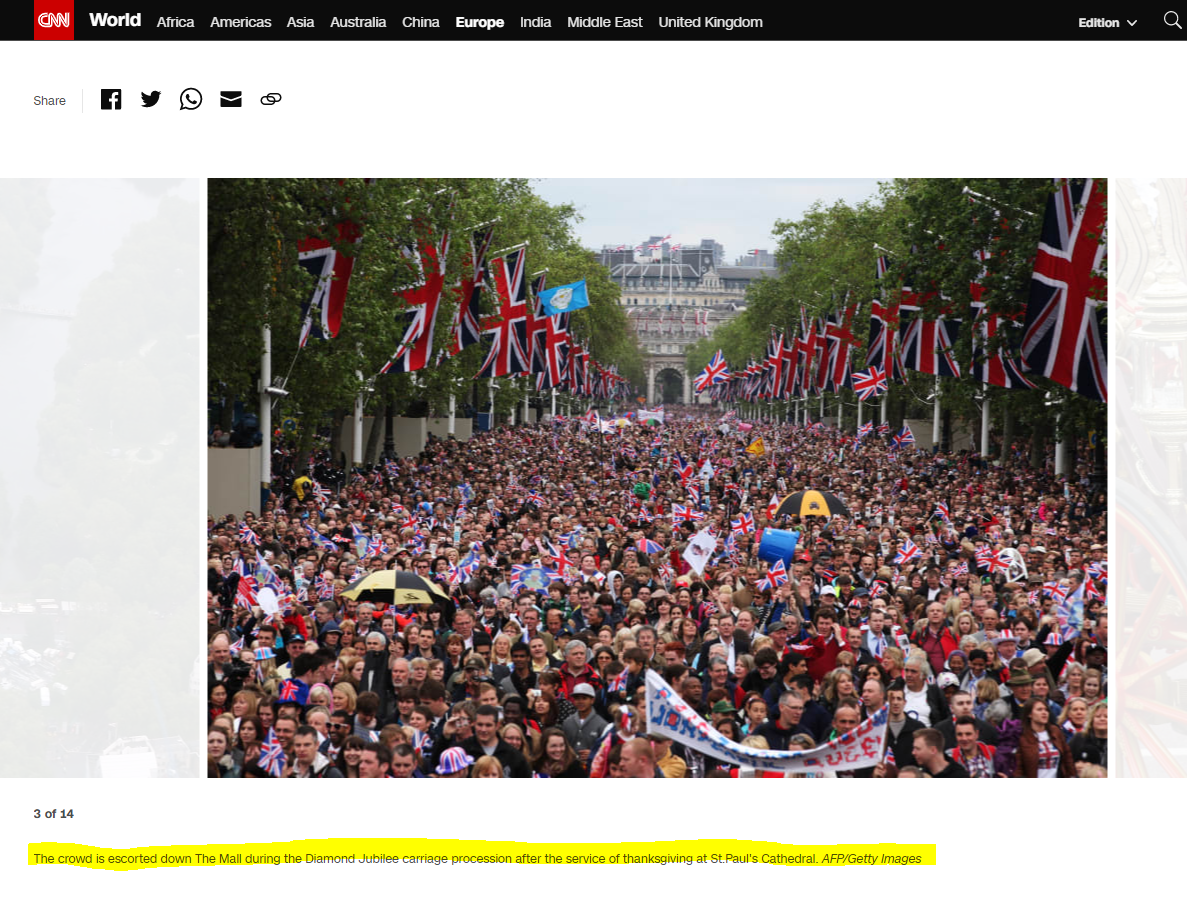 Getty Image also carried the same viral image. According to the image description, the image was of a crowd which was escorted down The Mall during the Diamond Jubilee carriage procession after the service of thanksgiving at St.Paul’s Cathedral on June 5, 2012, in London, England. 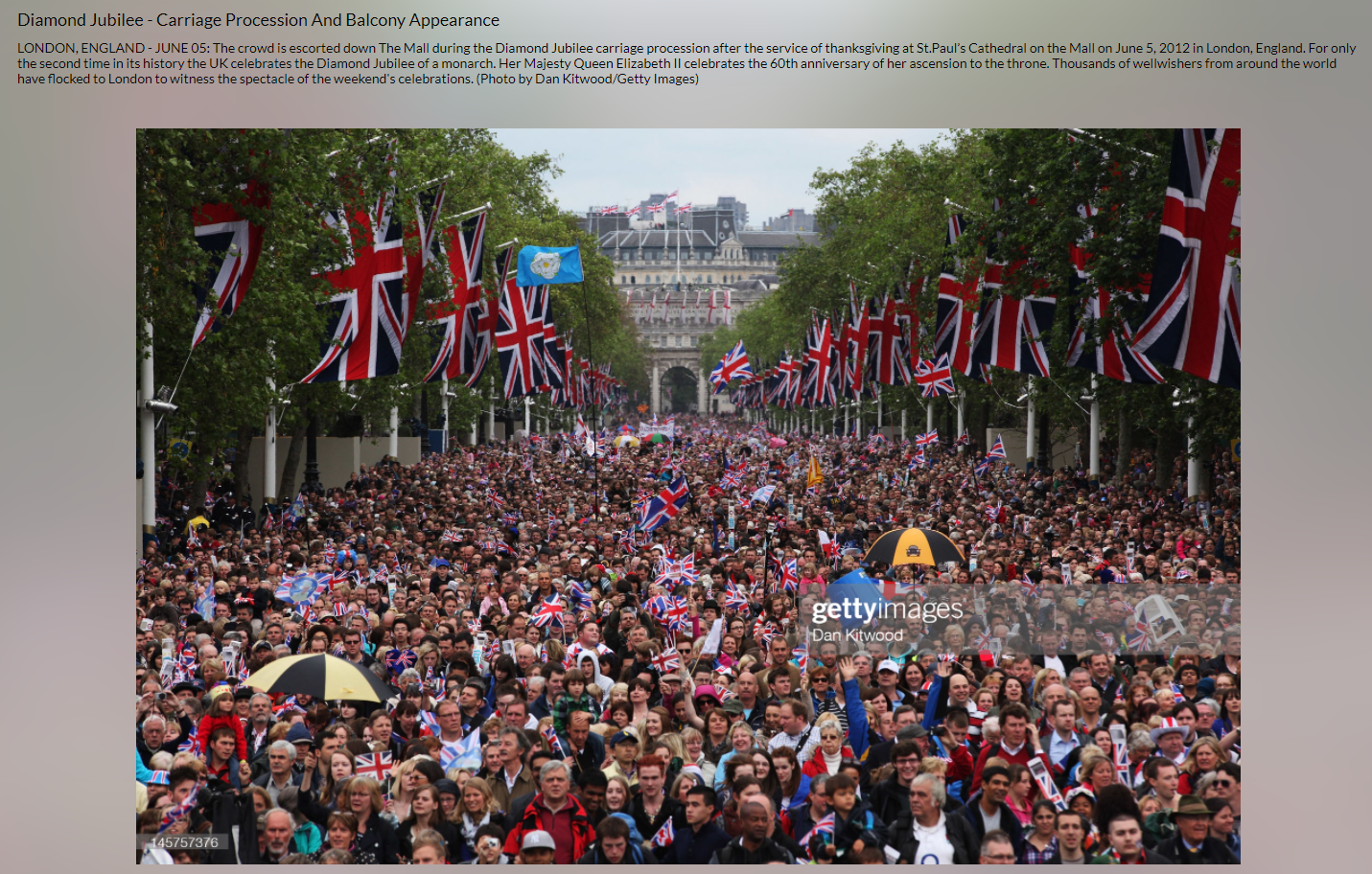 The thanksgiving service was one of many events held from June 2 to June 5, 2012, in commemoration of the anniversary, according to CNBC.

Thus, it is evident from the above information that an old image from 2012 is being shared as anti-lockdown protests being held in London. Therefore, the viral claim is misleading.