As news about debris of China’s Long March 5B-rocket plunging into the Indian Ocean made headlines, social media users flooded various platforms with videos claiming to be from the same event.

China’s Long March 5B-rocket was launched in April and entered the earth’s atmosphere over the Indian Ocean on May 9, 2021.

A Facebook user shared a video with the caption, “China Rocket Landed in earth.” 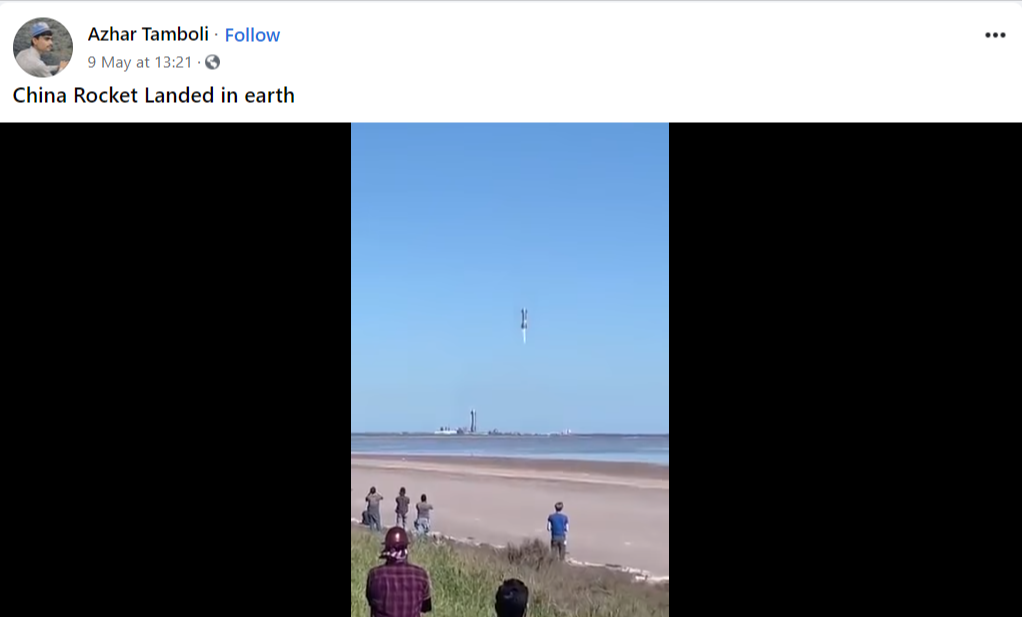 While looking for similar posts, we found that multiple Facebook users had shared the same video back in March 2021. The links can be seen here, here and here.

One Facebook user shared the same video on February 5, 2021, with the caption, “SpaceX Starship SN9 Flight Test EXPLODES on landing. Watch till the end.” 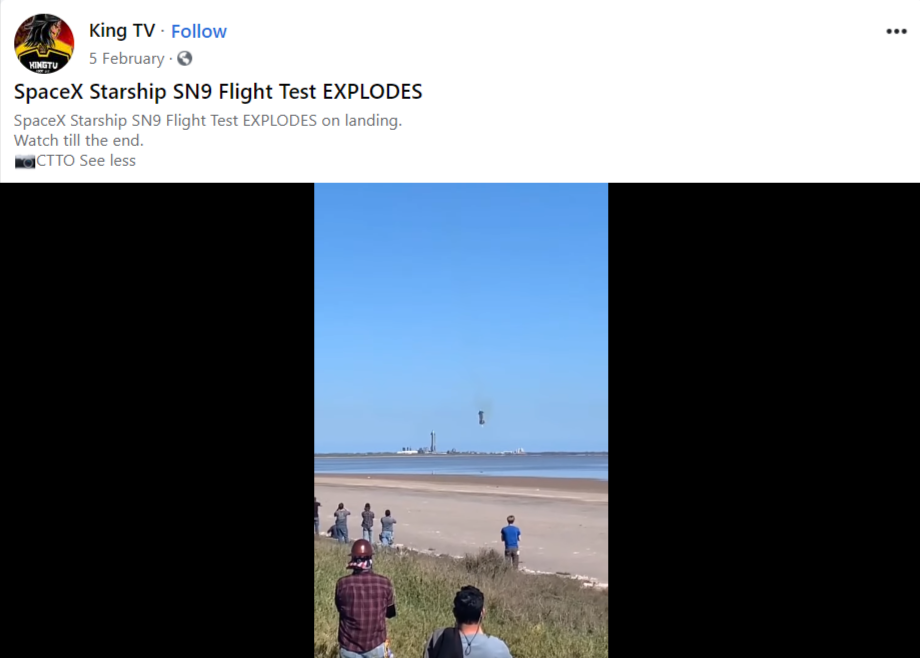 The video was also uploaded on YouTube on February 4, 2021. The title of the video read, “SpaceX Starship SN9 Launch, Landing, Explosion & Viewer Reactions!”

Other videos of SpaceX Starship SN9 landing can be seen here, here and here.

The description of the Guardian report read: Starship rocket launched successfully on February 2 but exploded on impact during an attempted landing. Starship prototype Serial Number 9, or SN9, aimed to fly as high as 10 kilometres, or about 32,800 feet altitude. While the rocket flew successfully, it hit the ground explosively on its return, just as the SN8 flight did in December.

Earlier, NewsMobile had debunked another video that was being shared with a similar claim.

This proves that the video is of SpaceX Starship SN9 and not China’s Long March 5B- rocket and the viral claim is false.