Fact Check: Video Of Lineman Being Assaulted In UP Falsely Shared As Violence In West Bengal | Newsmobile
Saturday, January 28, 2023

A video of a young man being assaulted is circulating on social media with a claim that the visuals are from West Bengal and this is symbolic of violence in the state.

(Translation: What is happening in Bengal today will happen in entire India in the coming 20/25 years and that is why all Hindutvadis are trying to wake up the sleeping Hindus day and night) 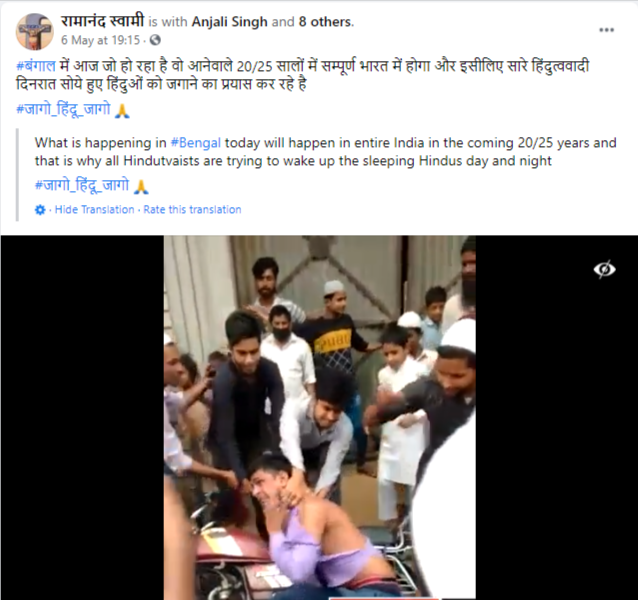 We extracted keyframes from the video and put them through Reverse Image Search. The search led us to the same video that had been uploaded on YouTube on May 5, 2021.

According to the video description, the video is from Muzaffarnagar in Uttar Pradesh.

Based on this, we ran a keyword search and found a report dated May 7, 2021. The title of the report translates to, “Police filed case against eight for assaulting a lineman.” 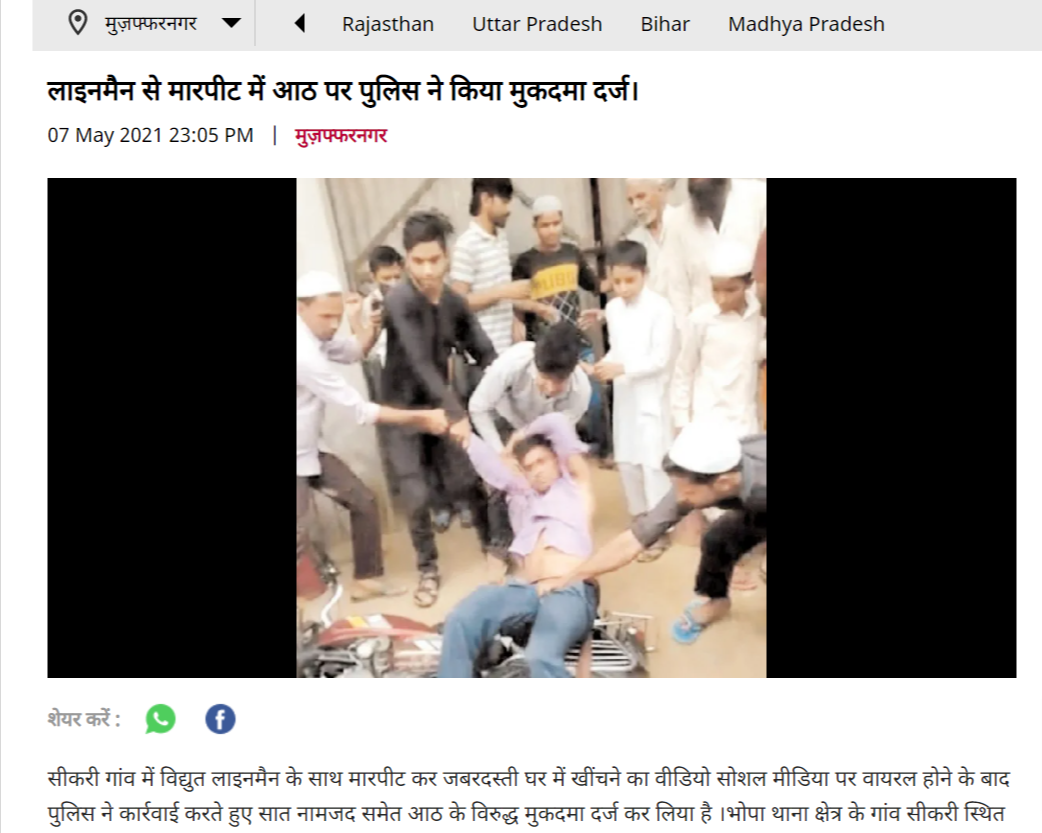 According to the report, the case was registered in the Bhopa police station after the video of the incident went viral. 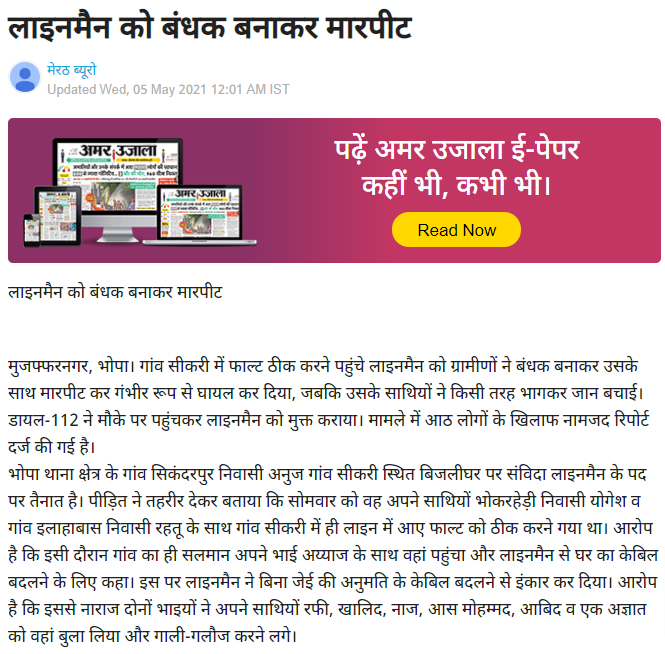 It was also reported that one of the residents of Sikri village asked the lineman to change the cable of his house but the lineman refused to do it without permission, which angered the residents.

Multiple Twitter users shared the same video on the microblogging platform. The links can be seen here, here and here. All the tweets mention that the video is from Muzaffarnagar.

While scanning through the posts and their comments, we also found a tweet by Muzaffarnagar Police. “A case has been registered against seven identified and 10-12 unidentified people in Bhopa police station under relevant sections. The accused will soon be arrested, other legal proceedings are being taken by the local police,” the police tweeted.

This proves that the incident is from Uttar Pradesh and NOT from West Bengal. Hence, the claim is false and misleading.