Following Trinamool Congress’ landslide victory in West Bengal state assembly elections, a video of some men wearing skull caps and stopping an army convoy while shouting slogans is doing rounds on the internet.

The video claim to show the ‘current’ situation in West Bengal.

(Translation: See Hindus, this is a glimpse of your future. See the hooliganism of Muslims in West Bengal, it is difficult for the government, police, army to save their lives. Do you want to see this scene in your city or street?) 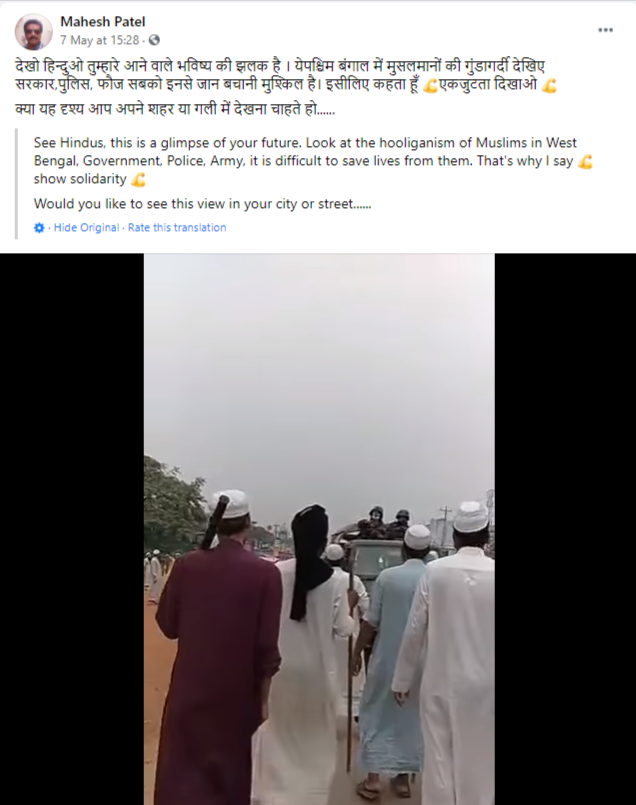 On examining the picture closely, we found that the number plate on the vehicle was in Bangla and was not a number plate of a vehicle in India. 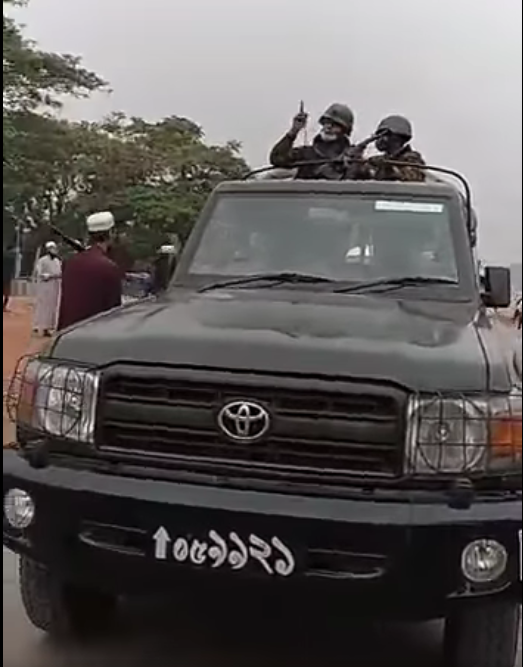 Further, we noticed the insignia on the uniform of the army personnel which indicated that they are from the Bangladesh Army.

On comparing the uniform of Bangladesh Chief of Army Staff, General Aziz Ahmed and men in the viral video, it becomes clear that they belong to the Bangladesh Army. 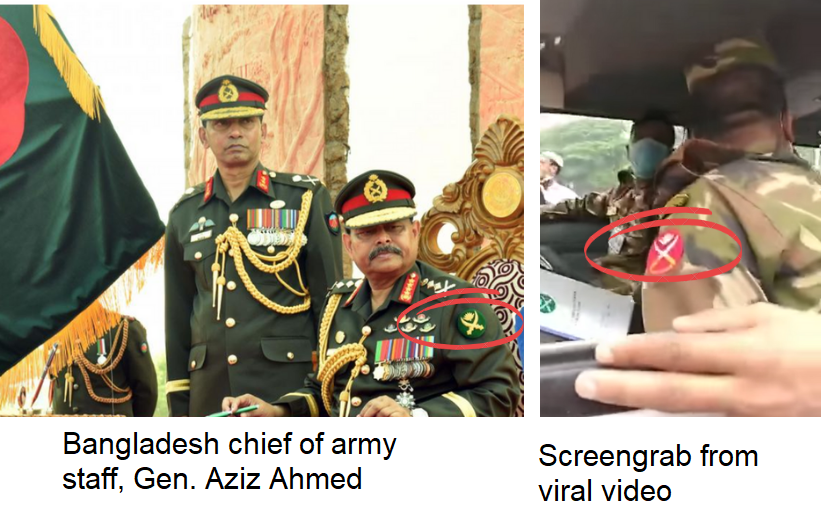 With that information, we did a Google Image Search on the keyframes and found out that the same video was uploaded on March 29, 2021, by a user on Facebook (archive). 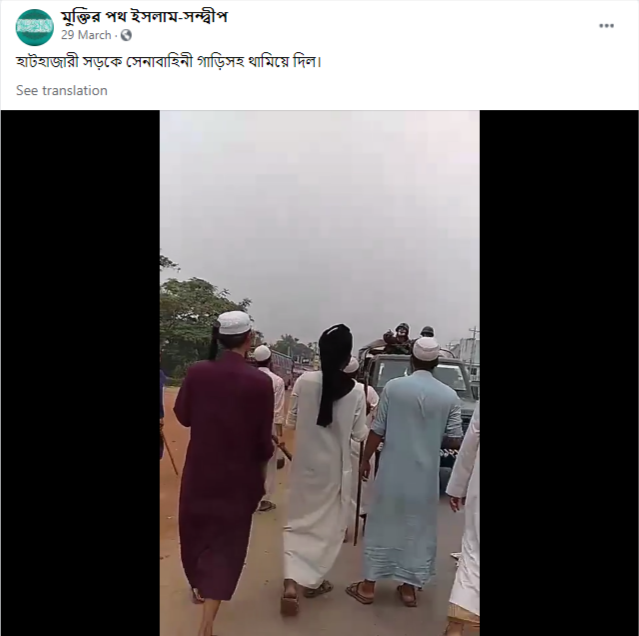 We noticed a banner in the video which read ‘Al Hera Tahfizul Quran Islamic Academy’ in Bangla. As per the Academy’s Facebook page, it is located on Rangamati Road in Isapur, Fayzia Bazar in Chittagong’s Hathazari. 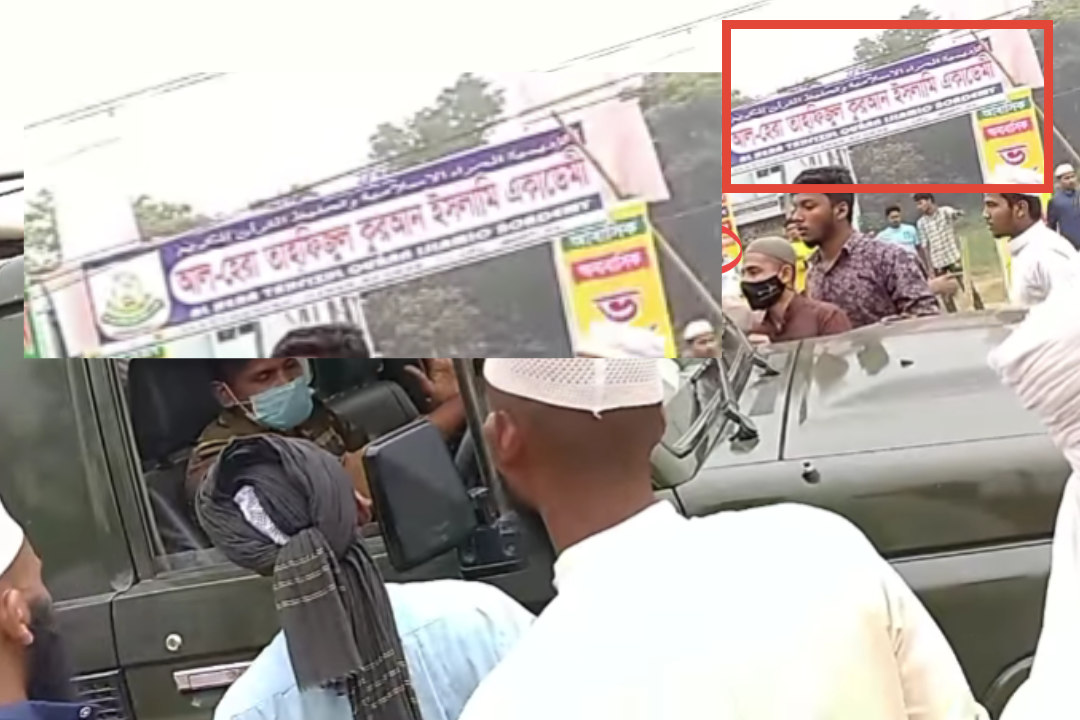 We looked up the street view of Isapur Fayzia Bazar on Google Maps and found a building similar to the one in the viral video. 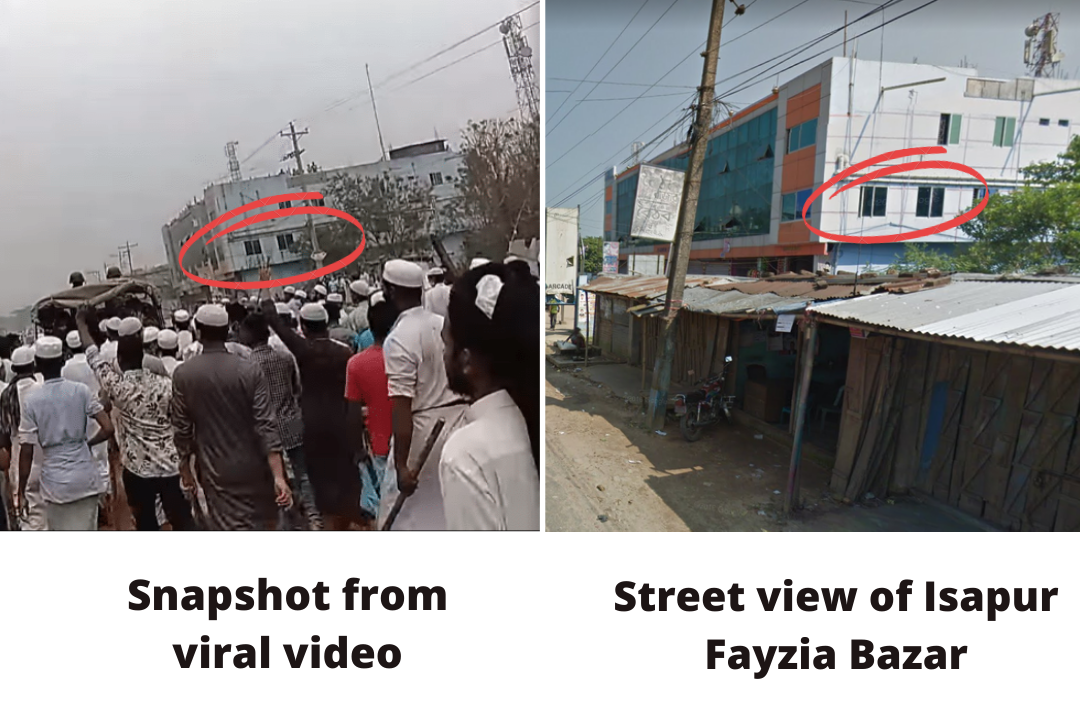 On comparing both the pictures, it becomes clear that the incident of hooliganism took place near Isapur Fayzia Bazar.

The same video was circulated on social media in the name of Bengal before the elections also. NewsMobile had debunked it at that time too. The fact check can be seen here.

Fact Check: Video Of Hooliganism In Bangladesh Falsely Shared As That From West Bengal

Hence, from the above fact check, it is clear that the video was shot in Bangladesh and not
in West Bengal.