Home Battle For States Himanta Biswa Sarma Takes Oath I The Journey From Student Leader To... 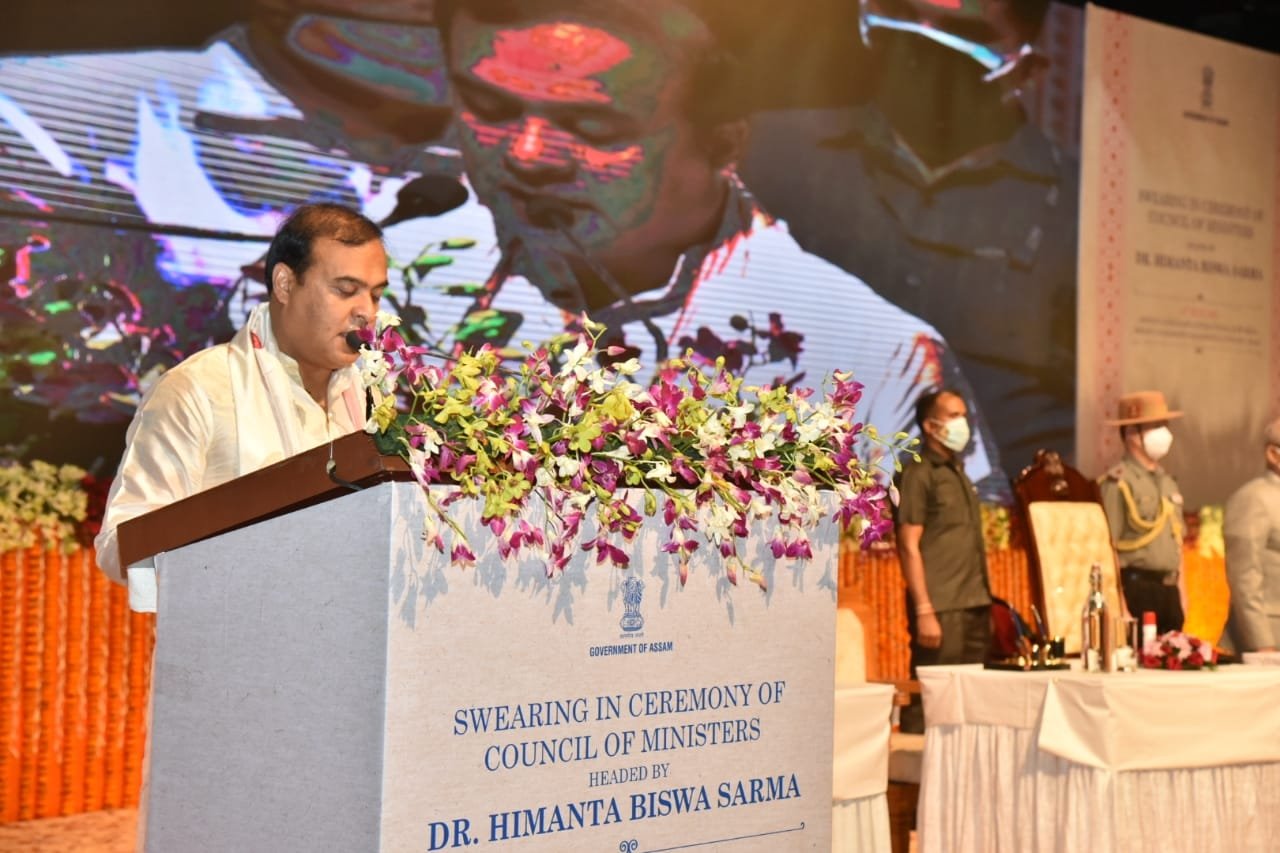 With blessings of you all, I am taking Oath as Chief Minister of Assam.

After governor Jagdish Mukhi invited him to be sworn in, Sarma thanked the people of Assam for their “pious faith”.

“With the fragrance of Assam in my heart and love of my wonderful people in my veins, I offer my deepest gratitude to you all. I would not have been what I am had it not been for your pious faith in me. On this day, I vow to work with and for each one of you with greater passion Assam,” Sarma had tweeted.

With fragrance of Assam in my heart & love of my wonderful people in my veins, I offer my deepest gratitude to you all. I would not have been what I am had it not been for your pious faith in me.

On this Day, I vow to work with & for each one of you with greater passion Assam. pic.twitter.com/VyG24TucPl

Sarma, who was elected leader of both the BJP and NDA Legislature Party on Sunday, had called on the Governor at Raj Bhawan and submitted a list of elected legislators owing allegiance to the NDA.

The BJP has stormed back to power in the crucial Northeastern state retaining its hold on the government.

So why was Himanta Sarma chosen over Sonowal? Well, there are many reasons. A section of the party feels that Himanta would be a better choice considering his strong organisational skills and appeal to the masses.

Himanta Biswa Sarma started his political career very early with the All Assam Students’ Union (AASU). He delivered his debutant speech at an AASU rally in Patacharkuchi in 1979.

His first election victory was registered in 2001 from Jalukbari, a constituency he hasn’t lost since 2001, on a Congress ticket. In 2002, Sarma was made the minister of state (MoS) in the Agriculture Department. Later, he became the health minister and was given the portfolios of health and education in 2011.

In 2015 he walked out of the Congress and joined the BJP after a very public and bitter fight with then-president Rahul Gandhi.

Sir @OfficeOfRG,who knows him better than me.Still remember you busy feeding biscuits 2 him while We wanted to discuss urgent Assam’s issues https://t.co/Eiu7VsuvL1

Sarma had said that he had gone to meet Rahul Gandhi to discuss Assam’s issues but Rahul Gandhi was busy playing with his canine friend. Disillusioned Himanta Biswa Sarma left and joined BJP.

The BJP won the 2016 assembly election in Assam, and under Himanta’s close watch, fanned out across the northeast.

Biswa has had his share of controversy as well. in November 2020, falsely claimed on social media that supporters of AIUDF politician Ajmal Badruddin had raised slogans in support of Pakistan to welcome him at Silchar airport. However, fact-checkers including Alt News said that the claim was false. Facebook flagged the post as misinformation and barred him from sharing the post on the platform. Guwahati Police also registered an FIR against Sarma.