Home Coronavirus Service Before Self: Doctor In Delhi’s DRDO Hospital Leads By Example 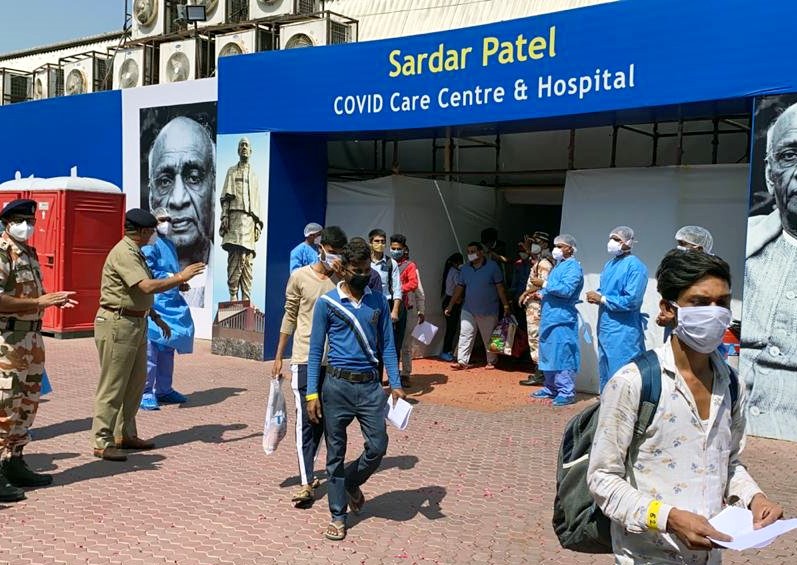 Not all superheroes wear capes. True that!

Take the case of Col Gulshan Saini who has been looking after ailing COVID-19 patients day in and day out at the DRDO Hospital in Delhi never mind the fact that his own mother was battling COVID-19 at Lucknow.

In spite of his mother’s failing health condition, Col Saini put others first over his own personal distress and refused to go on leave. Selflessly serving others, he realised possibly that this was possibly the greatest service he could do to his motherland by serving scores of critically ill patients rather than putting his own family first as priority. Instead of travelling to Lucknow himself, he stayed put in the Delhi hospital of which he was handling the charge.

Mother of Col Gulshan Saini, doctor, DRDO hospital Delhi, lost the battle to Corona at Lucknow today. RIP.
Col Saini refused to go on leave so as to take care of COVID patients at Delhi. Salute him for his selfless service as also many many more like him, paramedics included.

Former Director General of Military Operations Lt Gen Vinod Bhatia (retd) put out a tweet saluting his selfless service and expressed deep gratitude to corona warriors like him including paramedics who have put others over self first.

With the second wave of COVID-19 raging like wildfire and crippling health infrastructure nationwide, the Defence Research and Development Organisation (DRDO) set up a makeshift facility in Delhi in last month.

The 500-bed Sardar Vallabhbhai Patel COVID-19 hospital is being manned by a group of 40 professionals from the Armed Forces Medical Service (AFMS) and two doctors from the Central Armed Police Forces (CAPF).

The Sardar Vallabhbhai Patel COVID-19 hospital in Delhi was  built in a record time of 12 days by DRDO last year after a spike in coronavirus cases. It was then pulled down in February this year as cases started coming down. With cases continuing to rise, Centre asked DRDO to reopen the facility.

Besides Delhi, DRDO is setting up facilities at multiple other locations in the country as well.

Atal Bihari Vajpayee Covid Hospital of 500 bed capacity has been set up by @DRDO_India at Lucknow in record time. The hospital is being run by a team from Armed Forces comprising of doctors of many specialities along with nurses & paramedic staff. pic.twitter.com/COPF6qqxzN