An image has gone viral on social media claiming that instead of dealing with the COVID-19 pandemic, Union Health Minister Dr Harsh Vardhan is staging a protest against TMC without a mask.

(Translation: This is the system of the country .. !! The man sitting in the middle is the “Health Minister” of this country. Since he’s unable to digest Bengal’s defeat, he sat on the dharna without a mask with the demand to impose President’s rule) 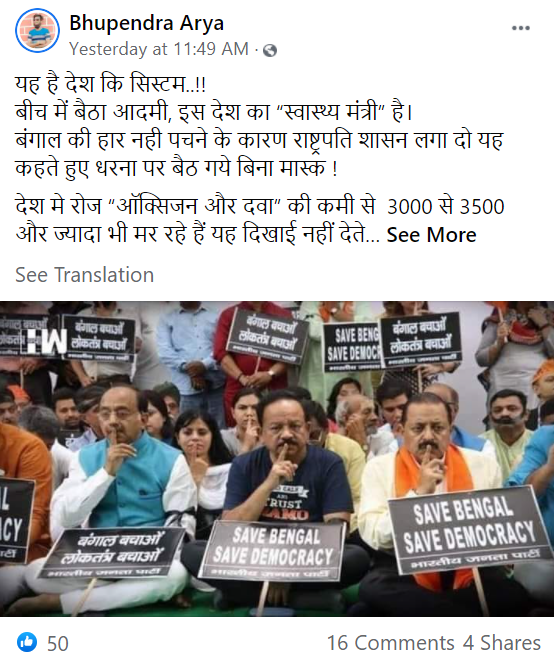 On doing a Reverse Image Search, we came across an article published on May 15, 2019, which carried the same viral image. 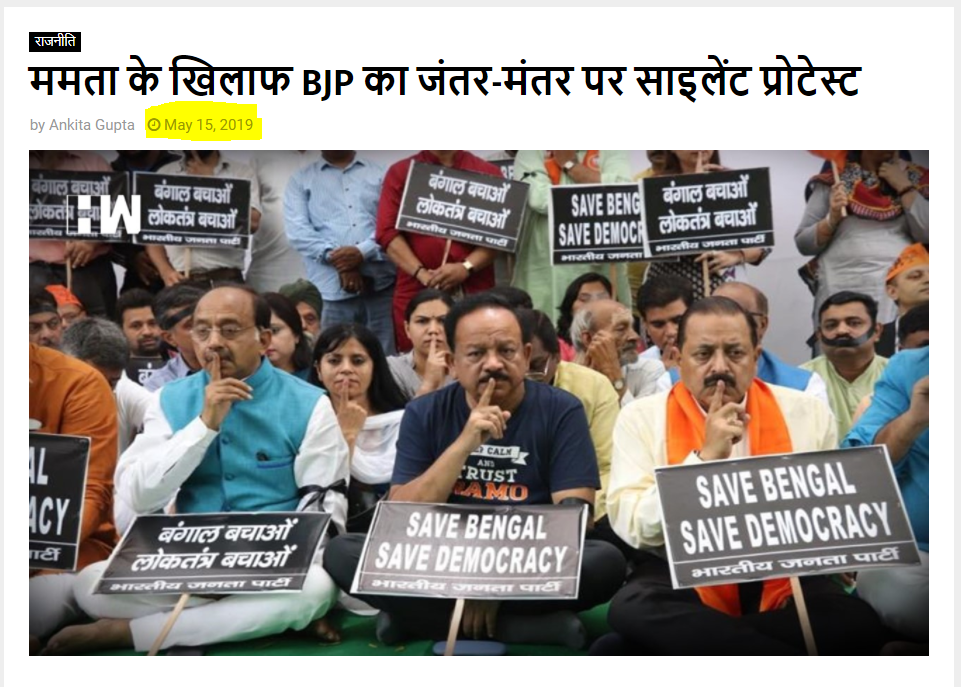 Along with Dr Harsh Vardhan, senior BJP leaders including Jitendra Singh, Nirmala Sitharaman and Vijay Goel were also present in this demonstration. There are many more pictures of this occasion on the Internet dated 2019. 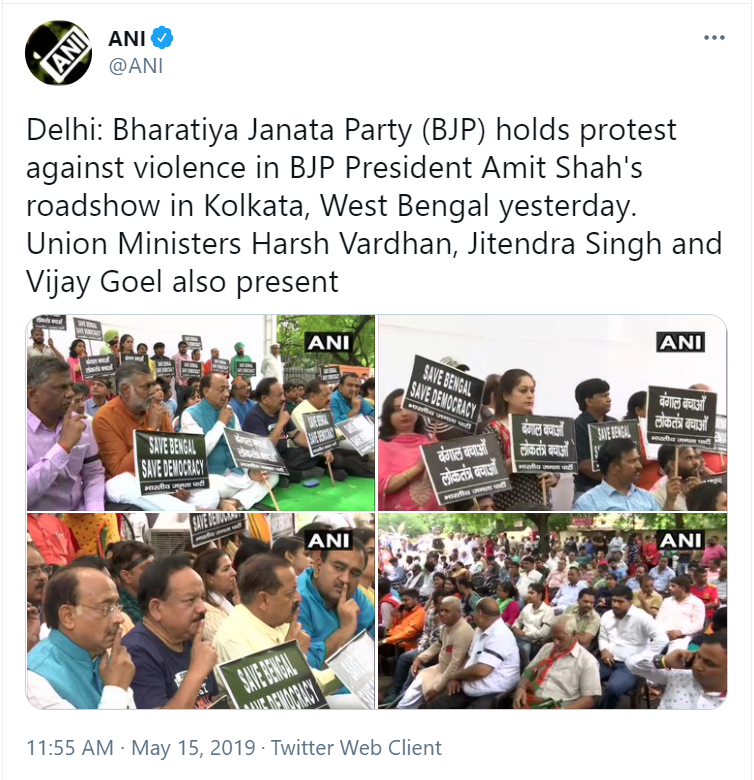 Hence, it is confirmed that this picture is two years old and it has nothing to do with the recent Bengal elections or post-poll violence which has engulfed the state.

Therefore, the viral claim is misleading.