An image of an injured woman is doing rounds on social media claiming that it depicts  post-poll violence in West Bengal.

(Translation: Bengal’s reputation has been tarnished…Is she not a woman, is she not Bengal’s daughter, is Mamata the only Bengali and a woman. Damn those who are women and still supporting Mamata shamelessly) 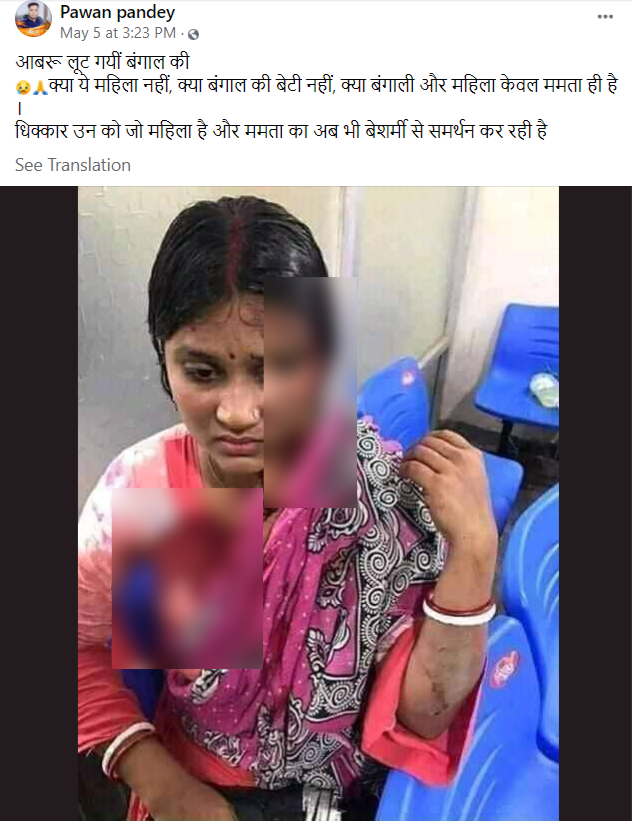 By doing a simple reverse image search, we came across an article published on a website called ‘Bharat Samachar 24X7’ that carried the viral image in November 2020. According to the article, “Subramanian Swamy gave a clear indication that Indian troops may be sent to Bangladesh in the future to save the Hindus of Bangladesh.” 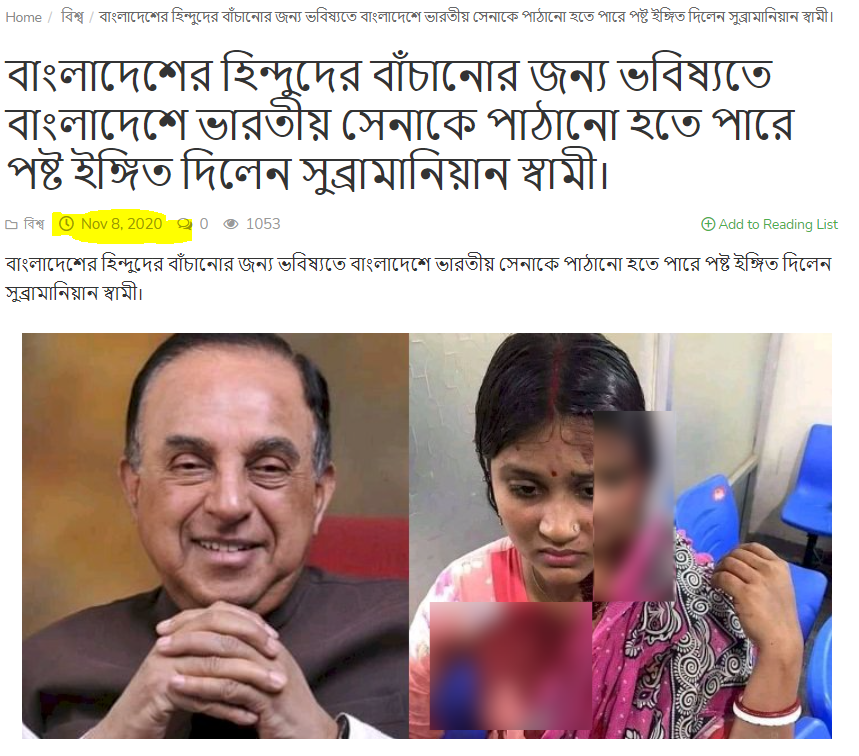 The reverse search results also helped with social media posts on Facebook and Twitter that carried the viral image and were shared on November 4, 2020. The posts mentioned that the incident took place in Bangladesh’s Chittagong and that a Hindu family was allegedly attacked. 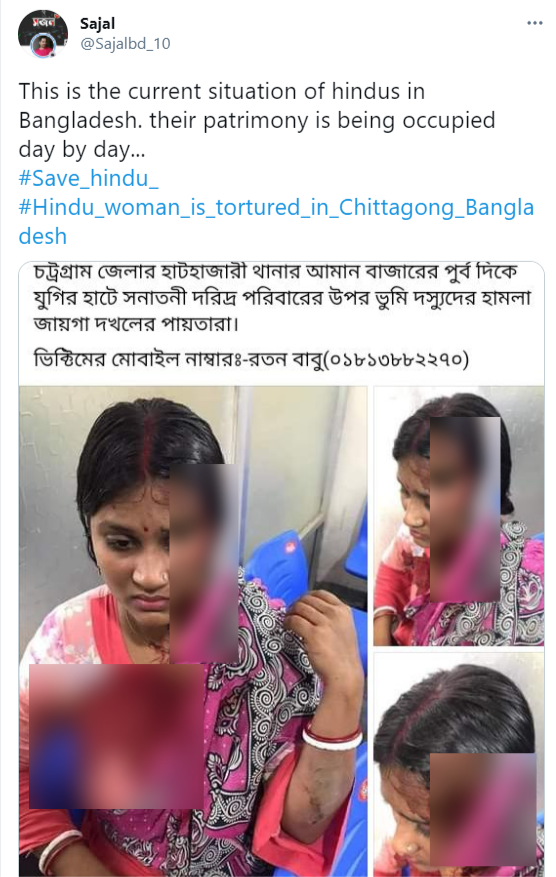 Another Twitter user claimed that the incident took place on November 3, 2020, and was a case of “land robbery”. The user alleged that one Rubel had attacked the family. 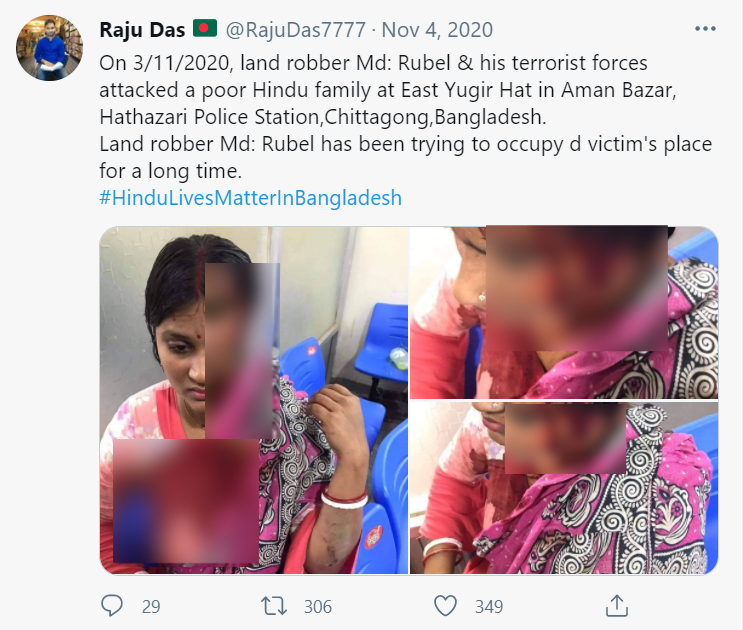 We then searched for news articles on the incident using keywords in Bengali and came across a report published by Chattogram Pratidin that stated as many as three members of the family namely Ratan Kumar Nath, his daughter-in-law Putul Nath and niece Mukta Rani Nath were left injured in Hathazari area. On November 1, 2020, a group of miscreants – Rubel, Shakib, Arman, Osman, Morshed along with seven others – began demolishing some parts of the house, the report added.

Hence, it is clear that an old image of a woman who was injured in an incident that took place in Bangladesh has been falsely linked to post-poll violence in West Bengal.