A few pictures are being shared on social media with a claim that the Beluṛ Maṭh — the headquarters of the Ramakrishna Math and Ramakrishna Mission, founded by Swami Vivekananda — has been fully converted into a Covid-19 centre.

“The entire “BELUR MATH ASHRAM CAMPUS” has been transformed into a “Covid Centre”. That’s truly in line to the dreams of Swami Vivekananda….Atmano mokshartham jagat hitaya cha,” the Facebook post read. 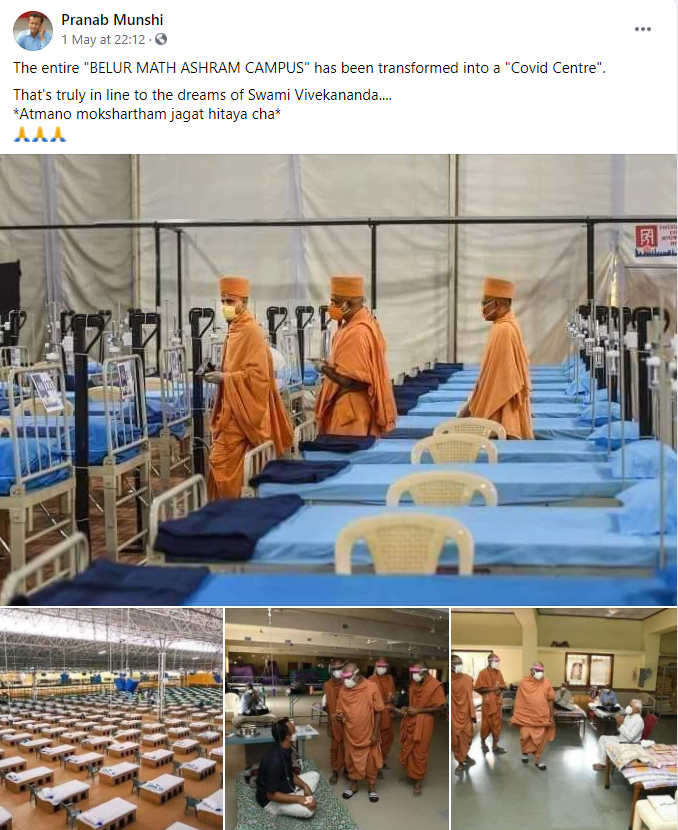 The Facebook posts can be seen here, here, here and here.

To verify the information, we looked for any such announcement on the website and social media pages of Ramkrishna Mission Belur Math.

On their Twitter handle, we found a post with a tweet dated May 2, 2021, wherein they had issued a clarification regarding several fake news attributed to the mission.

“This is to make known to our devotees, friends, admirers and viewers that some info, pics & audio clips, which have been viral on social media for the past few days, have no connection with the Ramakrishna Math & Ramakrishna Mission or their monks,” they posted. 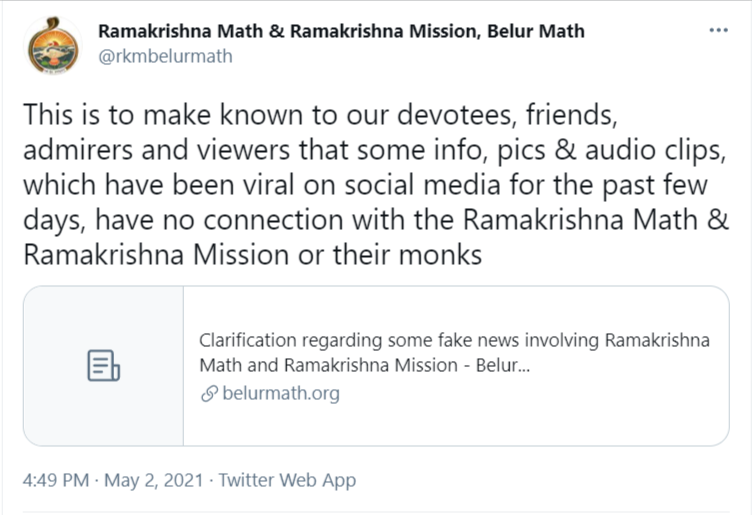 “No such facility has been started at Belur Math. But our hospitals in Kolkata (Ramakrishna Mission Seva Pratishthan), Kankhal (Hardwar), Dehradun, Varanasi, Vrindaban and Mumbai are engaged in the service of Covid patients for quite some time,” the statement read. 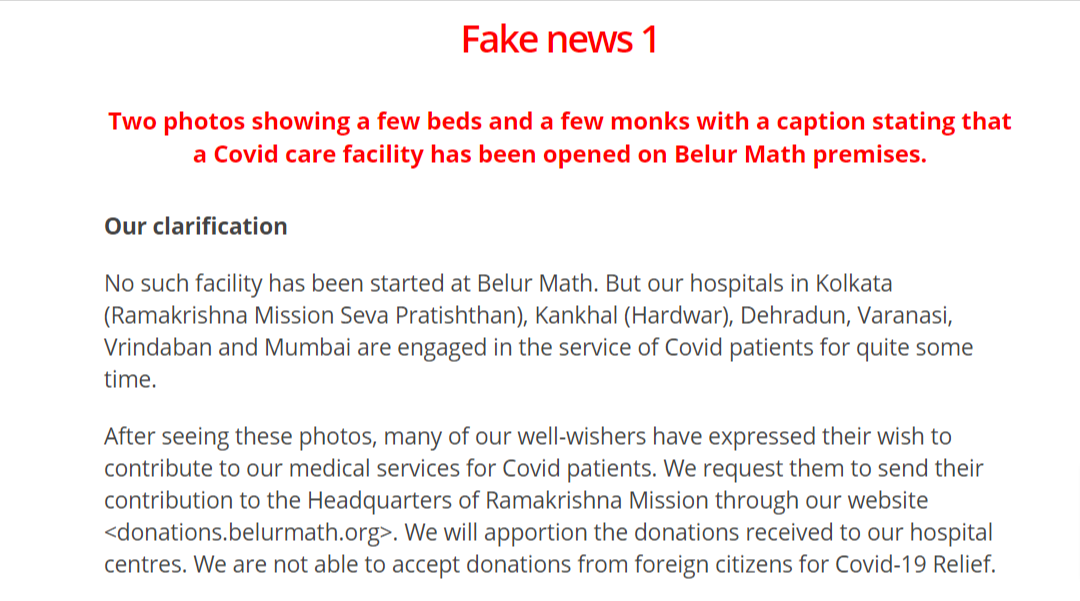 This proves that the viral claim is fake. We then processed to check the origin of the pictures used in the post and found the following-

We put the picture through Reverse Image Search and found the same picture in an article by Outlook India.

“Monks from Swaminarayan temple offer blessings to the newly built COVID-19 hospital at the Mahalaxmi Race Course, in Mumbai,” the picture was captioned. 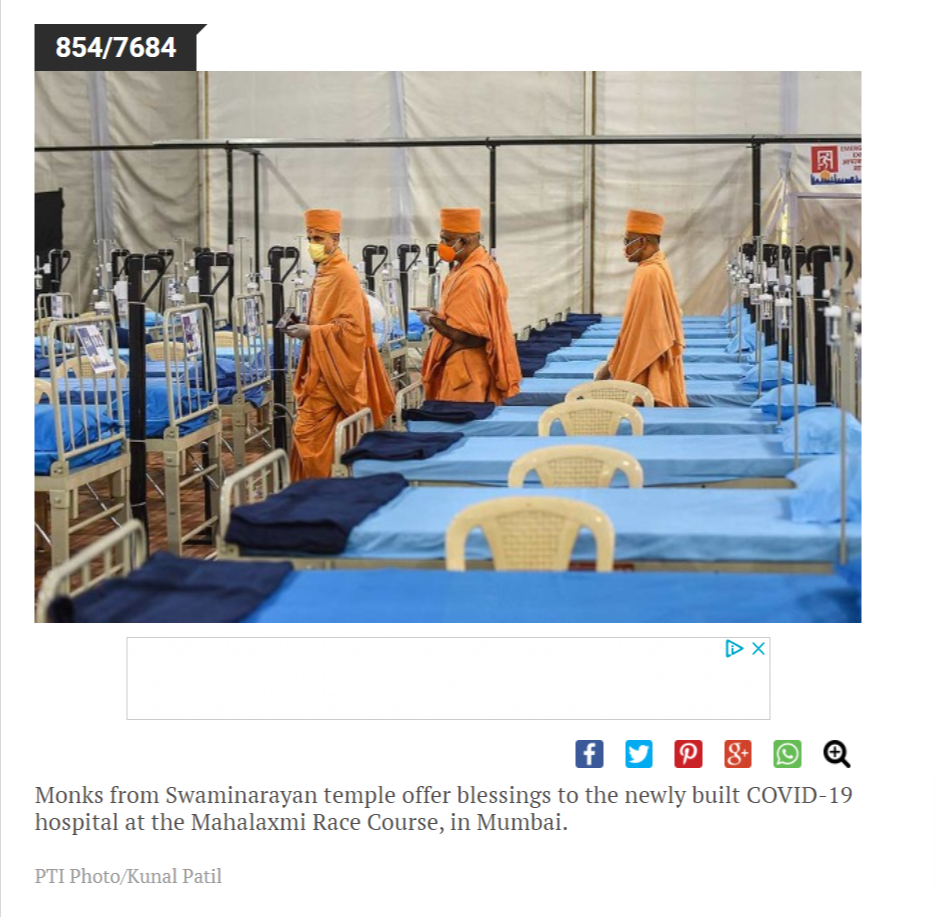 The same image was also uploaded by Deccan Herald on their Facebook page in July 2020. 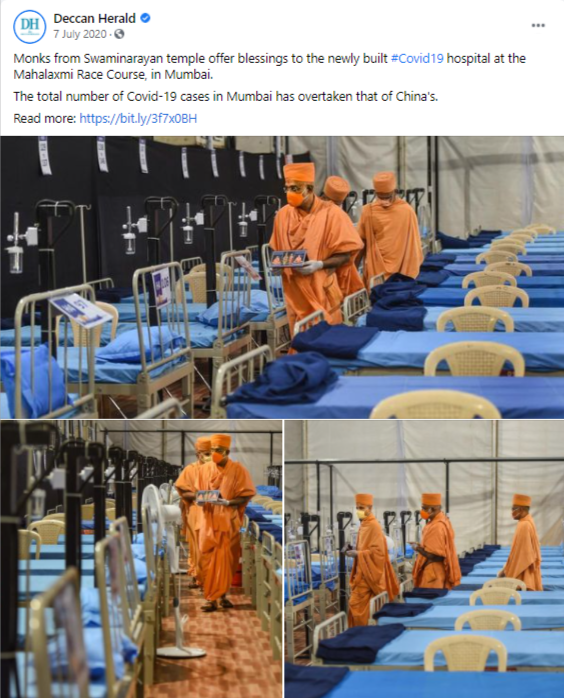 So, it is clear that the above picture was taken in 2020 at the Swaminarayan temple in Mumbai.

A simple reverse image search on the second picture led us to an article by NDTV dated September 2020, featuring the same image. According to the report, the picture is from Sardar Patel Covid Care Centre and Hospital which was set up in Delhi. 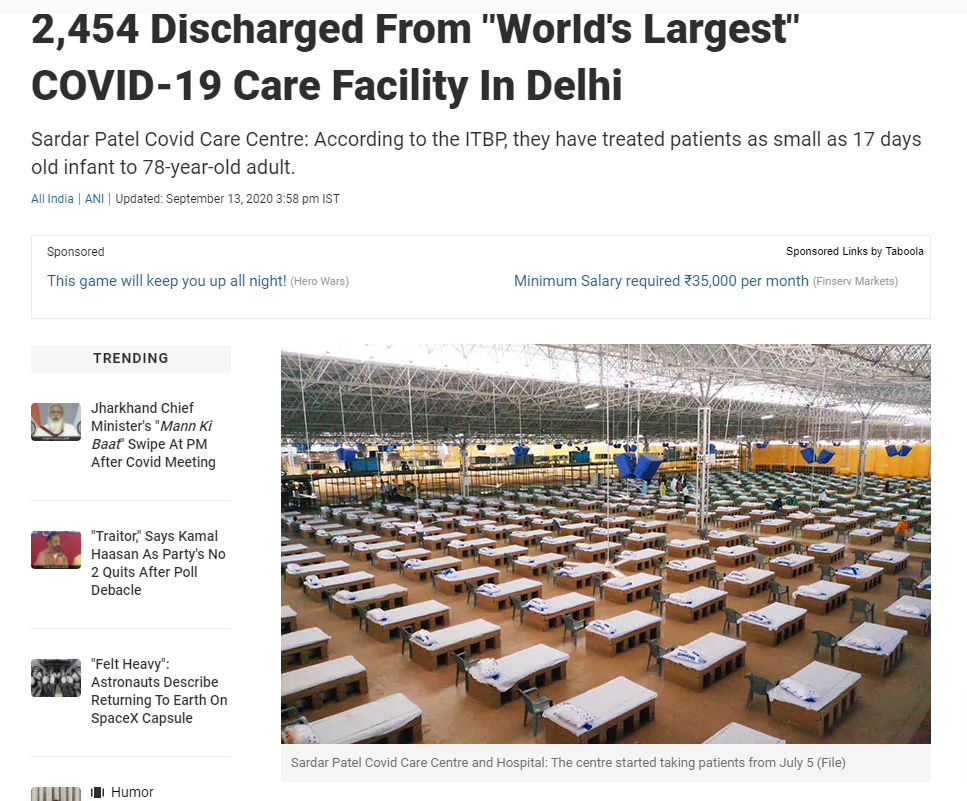 The same picture was also featured in a Times Now report from June 2020. 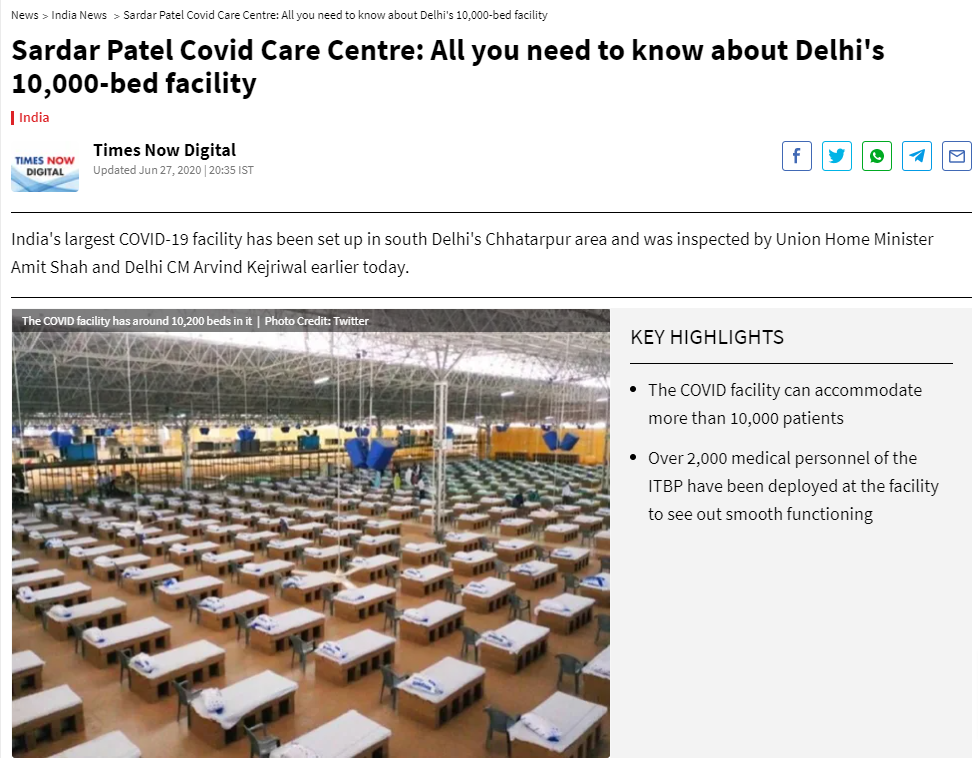 This proves that it is an old picture from Delhi. 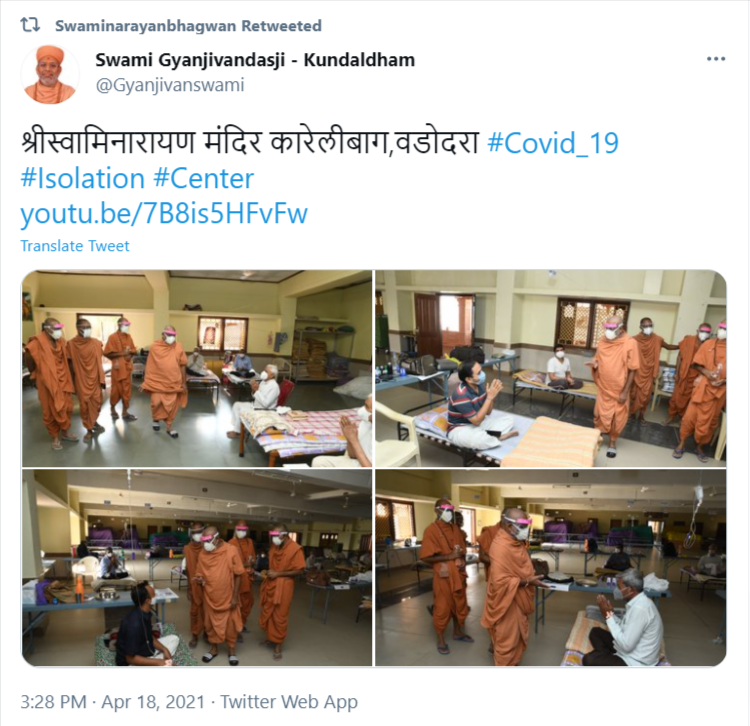 This proves that both the pictures are from Gujarat.

Hence, from the above information, it is clear that none of the pictures are from Beluṛ Maṭh, which is located in West Bengal. And the viral claim is false and misleading.