The image is being shared on Facebook with the caption, “PM Modi praised by President of developed country.” 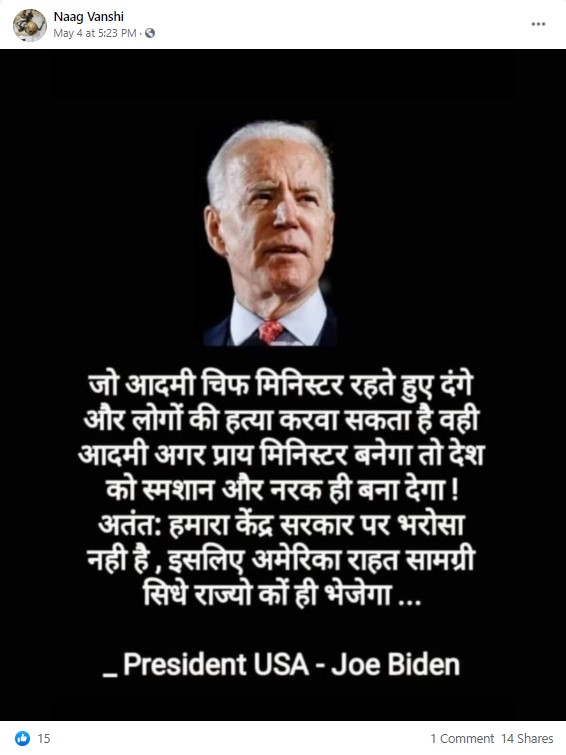 The image carries a picture of Biden and texts reflecting the alleged statement of President Biden in Hindi, that translates to, “ The man, who, while being a Chief Minister, can lead to riots and killing people, if the same man becomes Prime Minister, then he will make the country hell! Finally, we do not trust the central government, so the US will send relief materials directly to the states.” 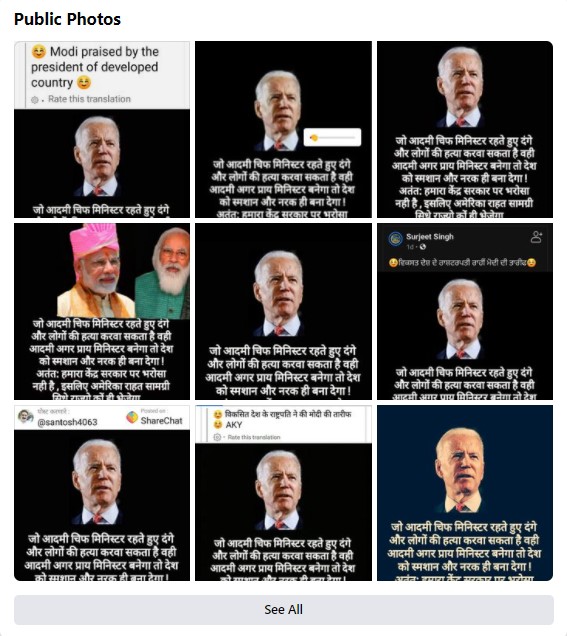 NewsMobile fact-checked the viral post and found the claim made it it to be false.

Firstly, we did not find any credible media reports claiming that US President Joe Biden has indeed put out such statements against PM Modi. We also checked the official Twitter accounts of Joe Biden and President Biden but did not find the comments attributed to him in the viral posts. If at all US President had made such comments, all major news agencies would have reported it.

According to an article published by The Hindu on April 26, PM Modi and Prez Biden had a telephonic conversation, in which assurances were exchanged on smoothening out issues related to supply chain of vaccines for COVID-19 and the latter affirming that the U.S. would be supporting India’s efforts to come to grips with the massive second wave of the pandemic.

The same details were also shared by President Biden‘s official Twitter account. “Today, I spoke with Prime Minister @narendramodi and pledged America’s full support to provide emergency assistance and resources in the fight against COVID-19. India was there for us, and we will be there for them,” reads the tweet. 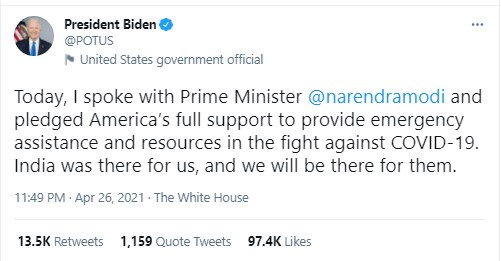 The Union Health Minister, Dr. Harsh Vardhan tweeted on 30 April 2021 thanking the US government after receiving the first tranche of aid from the US. 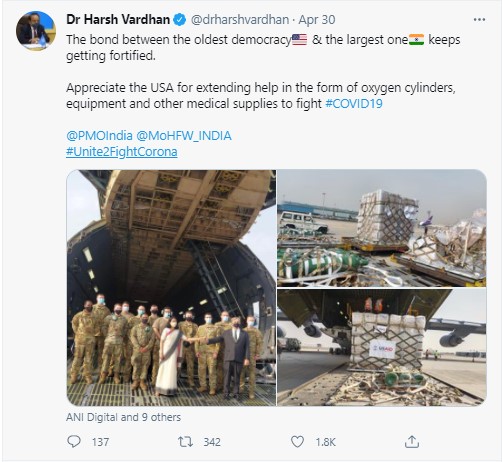 Hence,  the information mentioned above led us to the conclusion that US President Joe Biden did not make any statements criticising PM Modi as claimed in the viral post.