Fact Check: NO, BJP Workers Did NOT Vandalize Their Office Over Oxygen Shortage; Here’s The Truth | Newsmobile
Saturday, October 1, 2022

A video has gone viral on social media claiming that BJP workers vandalized their own office over a shortage of oxygen. In the video, some people with BJP flags in hand, including a woman, can be seen on a rampage.

(Translation: BJP workers vandalise their own party office after not getting oxygen) 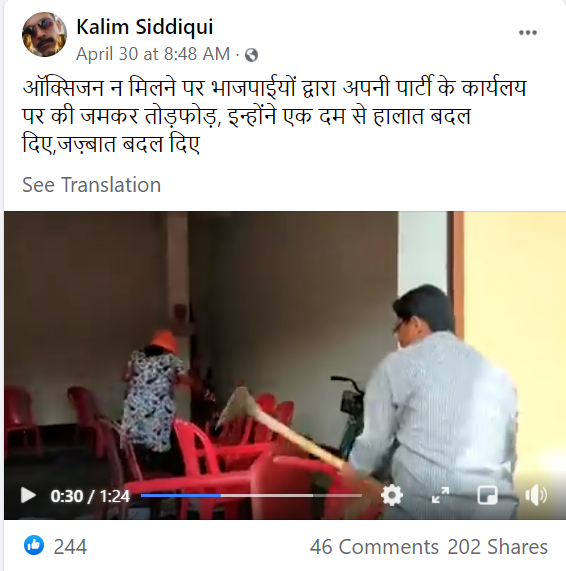 In the video, people are heard talking in Bengali, and banners in Bengali are also visible. Taking a cue from this, we did a Reverse Image Search of keyframes of the video with appropriate keywords and found a screenshot of the same video in a report published by Bengali news channel “ABP Ananda” on March 23. 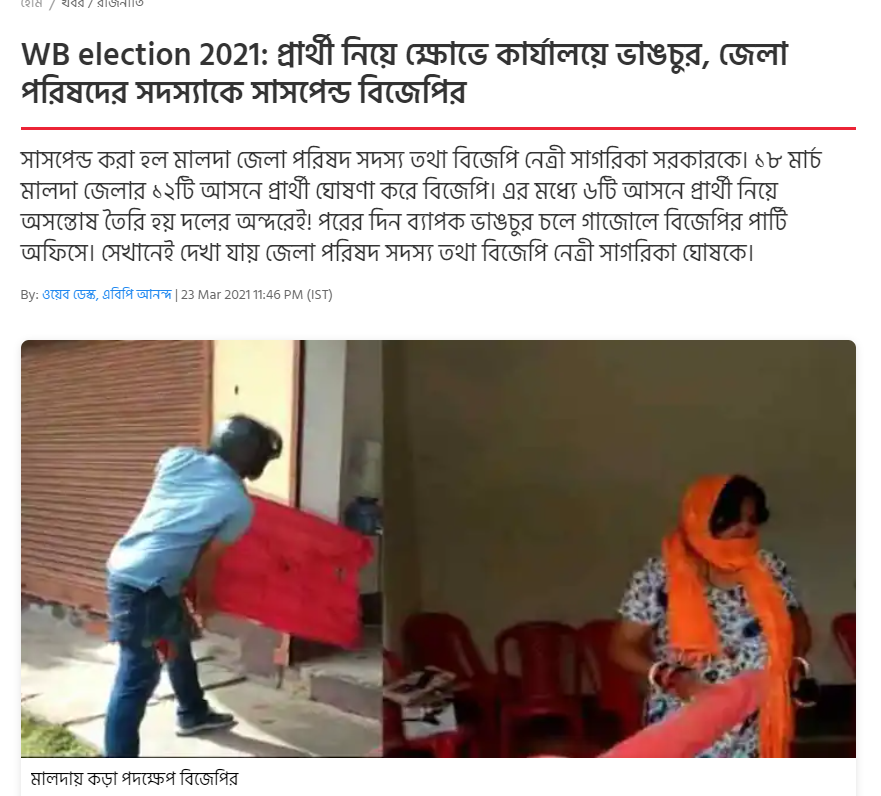 According to the report, the woman in the video was Sagarika Sarkar, a Zilla Parishad member and BJP leader from Malda. Dissatisfied with BJP’s ticket distribution for the assembly elections, she vandalised the party block office in Gazole in March 2021. The report also mentioned that she was suspended by the party.

A report published by ETV Bharat on March 24 also confirmed the incident and said that within 24 hours of being suspended by BJP, she joined TMC. 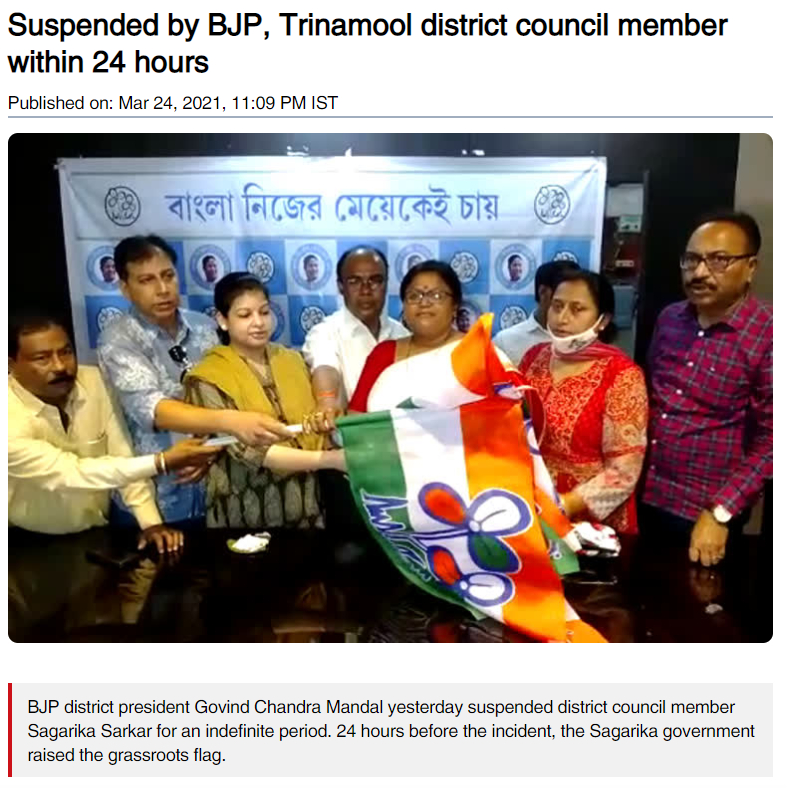 Hence, it is clear from the above information that the viral post claiming that BJP workers vandalized their own office over lack of oxygen is MISLEADING.