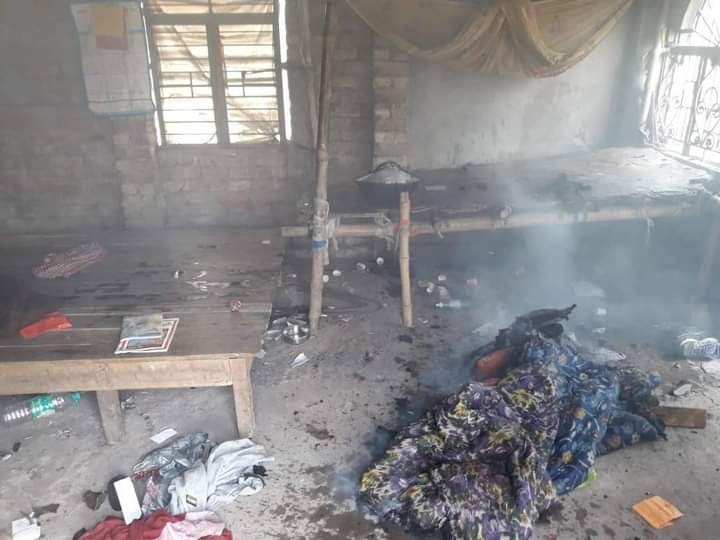 West Bengal is on the boil. Close on the heels of Trinamool Congress’ stellar victory in the state assembly elections, post poll violence has claimed several lives already. Visibly concerned at the spate of violence and the trail of death and destruction it has left behind, the Home Ministry has sought a detailed report from Government of West Bengal.

“MHA has asked West Bengal government for a report on the post-election violence targeting opposition political workers in the state,” MHA posted on its official Twitter handle after reports of alleged attacks on political workers post declaration of the assembly election results.

Bengali diaspora world over has expressed concern over alarming lawlessness.

Why post poll violence only WB ? Why this assault on democracy?

BJP president JP Nadda meanwhile will be on a two-day visit to West Bengal starting from Tuesday to hold a protest against the alleged atrocities on party workers in the state by ruling TMC government.

“BJP president JP Nadda will be on a two-day visit to West Bengal starting from Tuesday, May 4 to take stock of the violence under the patronage of the TMC. Within 24 hours of election results, many BJP workers have been murdered. Many workers are seriously injured. The house and shops of many party workers have also been burnt. After Mamata Banerjee’s defeat and Trinamool Congress’ victory in the election results yesterday, the TMC hooligans started celebrating the victory with violence and blood. BJP condemns this,” the BJP statement said.

BJP will hold a nationwide dharna on May 5 against post poll violence in Bengal. BJP office and some shops in Ghoshpara road of Bhatpara were allegedly vandalised by miscreants and at least 13 crude bombs were hurled in the area on Monday. Shopkeepers alleged that TMC was behind the attack as the area is known to be of BJP supporters. However, local TMC leader denied the allegations and said BJP’s insiders were behind the incident.

“TMC goons and workers have vandalised BJP offices in Howrah. The goods have been stolen from there. BJP workers are being beaten into their homes,” tweeted Kailash Vijayvargiya in Hindi.

“After Mamata ji’s victory, her workers are celebrating and vandalising the houses of BJP workers. More than nine BJP workers have been killed so far,” he said.

TMC MP Derek O’Brien however said all cases of violence being reported are essentially intra-party fights which have broken out between warring factions of BJP.

BJP IT cell could have given trolls some time off after results. All cases on SM are BJP intra-party fights. Three+
factions in Bengal. They hate each other.